GIRLS INTER-DISTRICTS
At Peffermill, East won an exciting U18 Girls’ event after beating West 1-0 in the final match, thanks to an Ava Findlay winner nine minutes from time. The result gave East 11 points from their five matches, after only conceding one goal through the tournament. South West took silver with 10 points, one ahead of West (9). Earlier in the day, South’s 1-0 win v West put them 4th on 7 points, ahead of North (5th) and Midland (6th).
The decision to rest many of the Scotland U18 players contributed towards a very evenly-fought contest, with 11 of the 15 matches being won by one goal or drawn. It was great to give even more young players the opportunity to play in the Inter-Districts.

At the U16s on Saturday, East won Pool A ahead of South West; and West won Pool B after finishing level with Hybrid on points and goals scored, but having scored one more goal. In the play-offs on Sunday, South beat Highland 3-0 to finish 7th; Midland finished 5th with a 2-0 win v North; and Hybrid’s 2-0 win v South West gave them a well-deserved 3rd place. It was an amazing achievement by a group of girls from three Districts who only came together a week before the event.
The final saw East take an early lead against West thanks to an Izzy Usher strike, which they held until five minutes from time when a deflected short corner gave West a deserved equaliser. And so it was running penalties, with both teams scoring three out of five and both goalkeepers making great saves. This led to sudden-death, which finally finished after four more penalties each when Charlotte Martin’s goal won the title for West.

BOYS INTER-DISTRICTS
Over at Glasgow Green, the boys enjoyed an equally exciting tournament with all teams playing each other followed by finals. It was a double success for the East boys in U16s and U18s.
East won the U18s with a 4-0 win v West in the final thanks to field goals from captain Conall Milligan, Jamie Croll and a double from Joel Davenport.
East had topped the group with a 100% record, with West beating Midland and Highland to secure second. In the other play-off match, Midland were 2-0 up at half-time v Highland with goals from Cameron McNeil and Sasha Miller, but Jamie Goudie’s reply wasn’t enough, and Midland claimed 3rd place with a 2-1 win.

In the U16’s group stage, East and Midland tied top with seven points each to set up a final which lived up to expectations. Midland took a 2-0 lead with goals from captain Fraser Allan and Lewis McGregor before East came storming back in the second half with strikes from Xavax Cardero and Matthew Hughson. In the running penalties shoot-out, Matthew Hughson, Matthew Zhara and Zachary Talbot scored for East, but Midland couldn’t find a way past East goalie, Finan Harkness, making it 3-0. 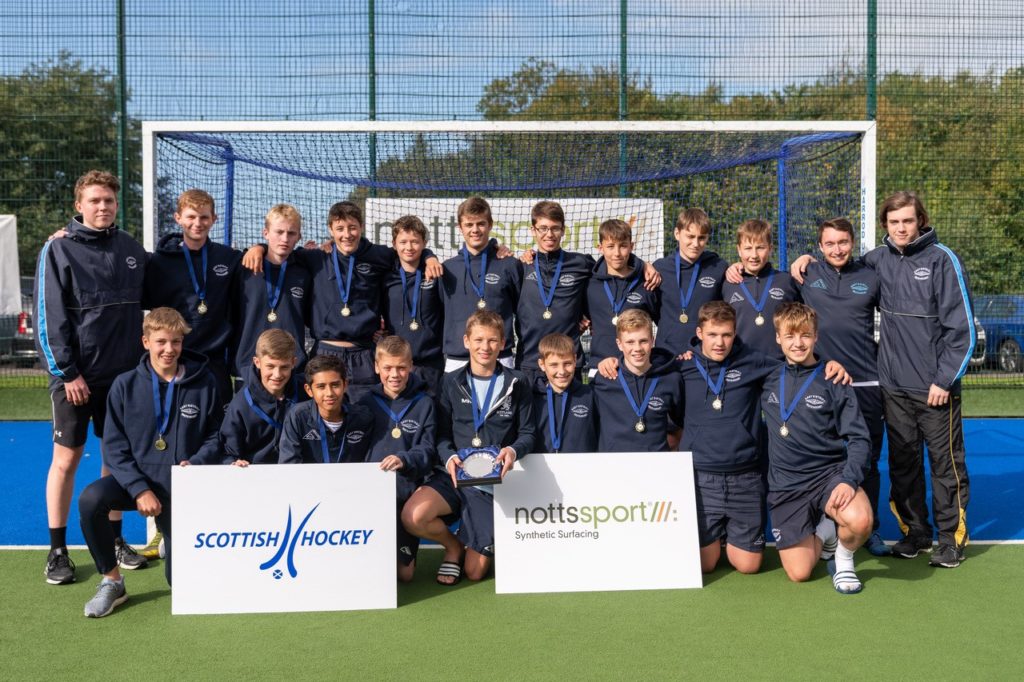 It was a fitting end to a fantastic weekend’s hockey which was played in a friendly, festival atmosphere and was a great advert for youth hockey.
All players, coaches, officials, umpires and the supporters should be commended for their contribution to the success of these events. The National Age Group coaches in attendance at both events were complimentary on the general standard of play and the positive and inclusive approach of the District coaching teams. 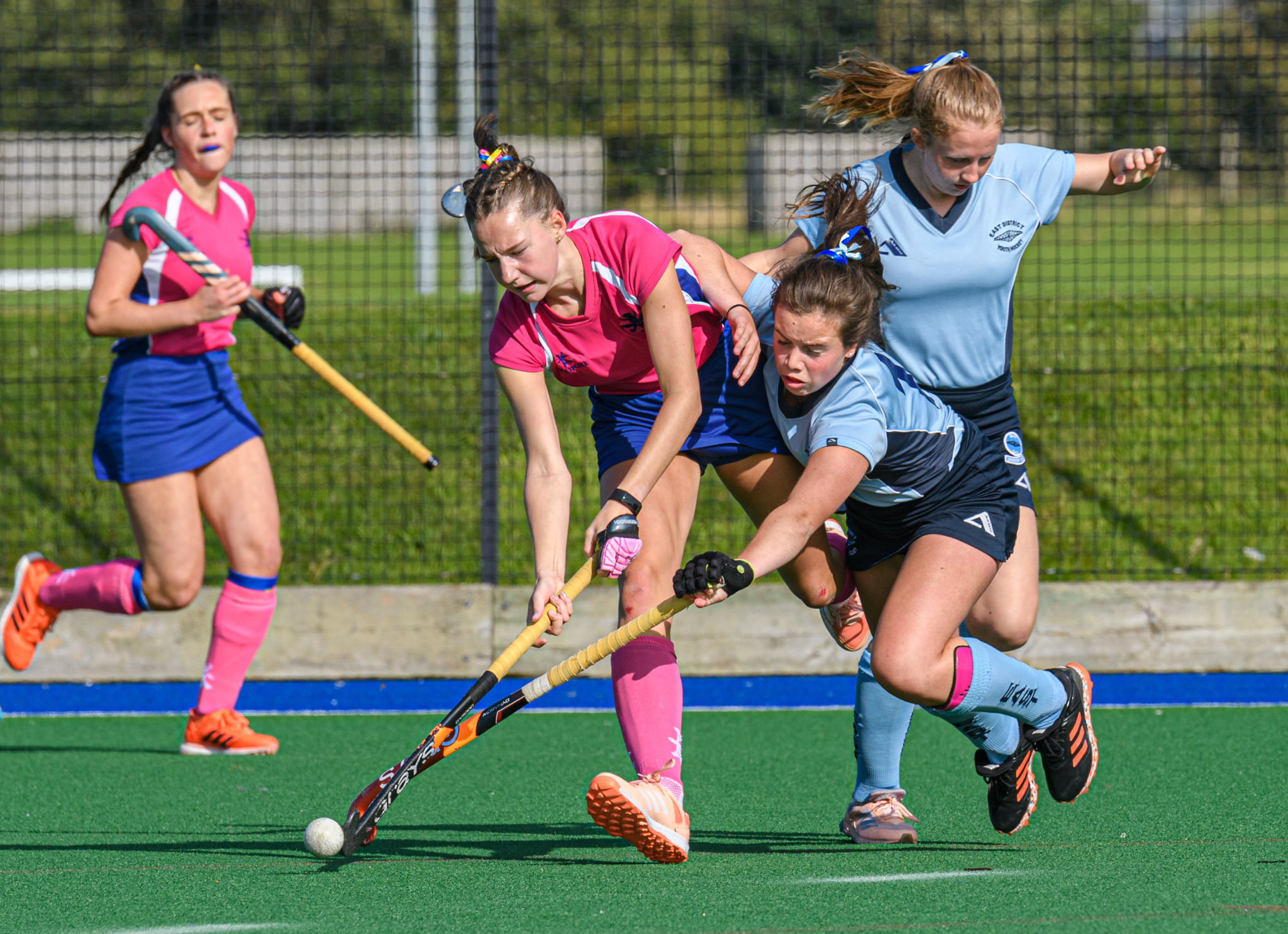