Scotland’s Aileen Ross has retired as an Umpire Manager at international level. One of Scotland’s most influential officials, Aileen has made a tremendous contribution to umpiring over the years and will continue to contribute at domestic level in Scotland.

Having been a top level umpire for many years, Aileen was appointed to the FIH Umpire Manager list for outdoor hockey in March 2005 after participating in a trainee Umpires Managers workshop in Vienna. This then allowed Aileen to be appointed to European events in the first instance and then FIH events.

Aileen recalled, “I had been an international umpire and it was time to hang up my whistle. I was umpiring at a European club event in 2004 and the TD at the time suggested that when I stopped umpiring that I should consider becoming an Umpire Manger. That was the late Janet White, so she was instrumental in me becoming a UM.

“My first appointment was in July 2005, in Lithuania, at the European Hockey Youth Trophy – Girls’ U18. At this event I was very fortunate to have Janet White as my TD and she was so supportive to me in my first event.

“I then had many events for the EHF over the years until my final one last year at Outdoor Women’s EuroHockey Club Trophy at Sant Cugat del Vallès in Spain, which was unfortunately cancelled due to Covid-19. So the last event I was at was the EuroHockey Club Challenge 1 Women in Lille, France, April 2019.”

That same year brought another huge success in Aileen’s hockey career – the Commonwealth Games. It was being appointed for the 2010 Commonwealth Games as Umpire Manager in Delhi that Aileen remembers most fondly, saying:

“The highlight for me was being appointed as one of the two Umpires Mangers at the Commonwealth Games in Delhi in 2010. It was a fantastic experience both for the hockey, the friendships made and the culture. It was great to work with many of the top umpires in the world at that time.”

Even this year Aileen was excelling when in January 2020 she was promoted to the Advancement Panel Umpires Manager for outdoor hockey.

Aileen plans to remain involved with hockey. For many years as an Umpire Manager in Scotland Aileen has watched and coached umpires in the National League every weekend. It’s a vital role she plans to continue in. However the chance to whistle again at District level for Hillhead, and also at Masters level, holds lots of appeal for Aileen.

Aileen explained, “I would like to have a few Saturdays away from coaching so that I can do some more umpiring whilst I am still fit enough to run up and down the pitch.

“So I’m looking forward to helping out with my club Hillhead at district level mainly. If I can do that then I would like to do more umpiring at Masters level. I was fortunate to get to umpire at the Masters Europeans in Krefeld, Germany, last year.”

On a great career as an Umpire Manager on the international scene, Aileen adds, “I have been so fortunate to work alongside many TDs and umpires that have made all the events so enjoyable and rewarding. Don’t get me wrong, the tournaments were hard work – lots of preparation, organisation, and at times some difficult situations to deal with, and decisions to be made.

“I especially would like to thank David, my husband, for his endless support. My hockey trips meant me using up annual leave, which meant less holidays for us!” 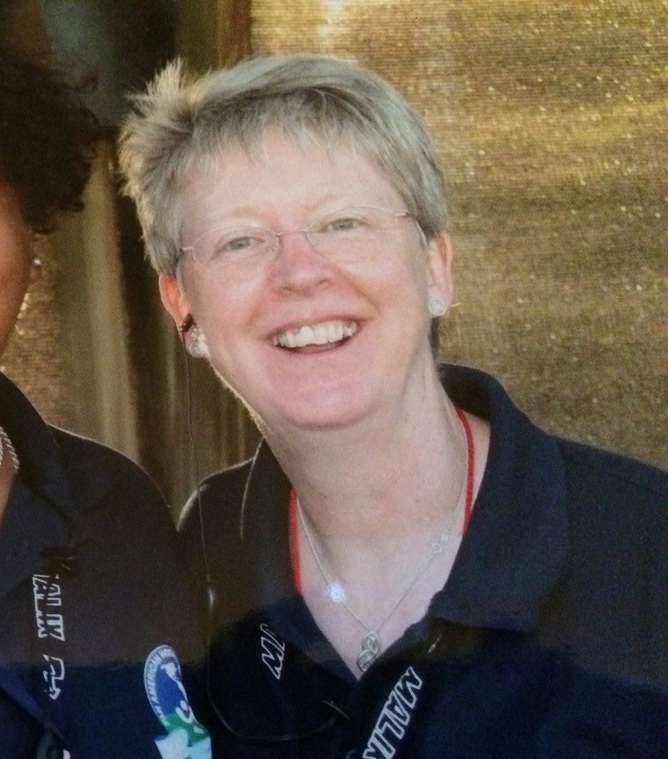