Scotland’s Alan Forsyth was on target in an excellent 3-1 win for GB men over Germany, while Amy Costello and Sarah Robertson both featured in a superb 2-0 victory for GB women over the Germans.

In the men’s contest the defences were on top in the opening quarter; Rupert Shipperley coming closest for the hosts, while ‘keeper Ollie Payne also made a smart save in the GB goal.

Into the second period and GB began to open up the visitors’ backline, Roper seeing an effort smothered on 22 minutes. Two minutes later though and Danny Kerry’s side had the lead; David Ames’ super pass allowing Chris Griffiths to score via a David Goodfield assist.

Germany were close to a quick equaliser as a cross flashed across the D, but it was Britain who got the second goal just before the interval; Jacob Draper’s clever dummy allowing Sam Ward to find fellow forward Alan Forsyth; the Scot making no mistake from close range.

Germany upped the ante in the second half, hitting the crossbar from a penalty corner as they exerted some pressure on the home goal. There was then a break in play as Roper went over and hurt himself as he and the German ‘keeper went for the ball, the Englishman having to be helped off the pitch by physios.

The visitors’ hopes of a way back into the game were crushed with six minutes left to play as GB scored a great counter-attacking goal. Ames stepped in to release Liam Ansell, and he combined expertly with Zach Wallace to release Shipperley for 3-0. Christopher Kutter was close for the Germans a moment later but his effort was narrowly wide of the upright. The visitors did get a deserved consolation with two minutes to play, Niklas Wellen cutting in from the left to find the net. But it was to be Britain’s night.

GB women then took to the pitch to face Germany and the opening quarter was a cagey affair on a chilly evening on the Queen Elizabeth Olympic Park, with a handful of circle entries but no chances of note.

The deadlock was broken in the second quarter after an incredible sequence of seven penalty corners for GB; Anna Toman netting with the aid of a deflection from a German player. And then right on half time Mark Hager’s side doubled their advantage, Susannah Townsend cracking an effort in from ten yards after good work down the right hand side.

Sarah Evans was closest to a goal in the third quarter, producing a very smart turn and strike from the top of the D, only to see it well saved by Nathalie Kubalski in the German goal, .

Then early in the fourth quarter it was Surbiton’s Evans who again almost scored, stealing possession before Kubalski produced a diving stop. In the other goal Maddie Hinch showed her concentration levels by keeping out a strong German shot at her near post. The game was opening up a little in the final ten minutes and Izzy Petter was almost on the end of a cross but a German stick denied her.

GB comfortably saw out the last few moments to take a very welcome victory and exact revenge for a defeat 24 hours earlier. 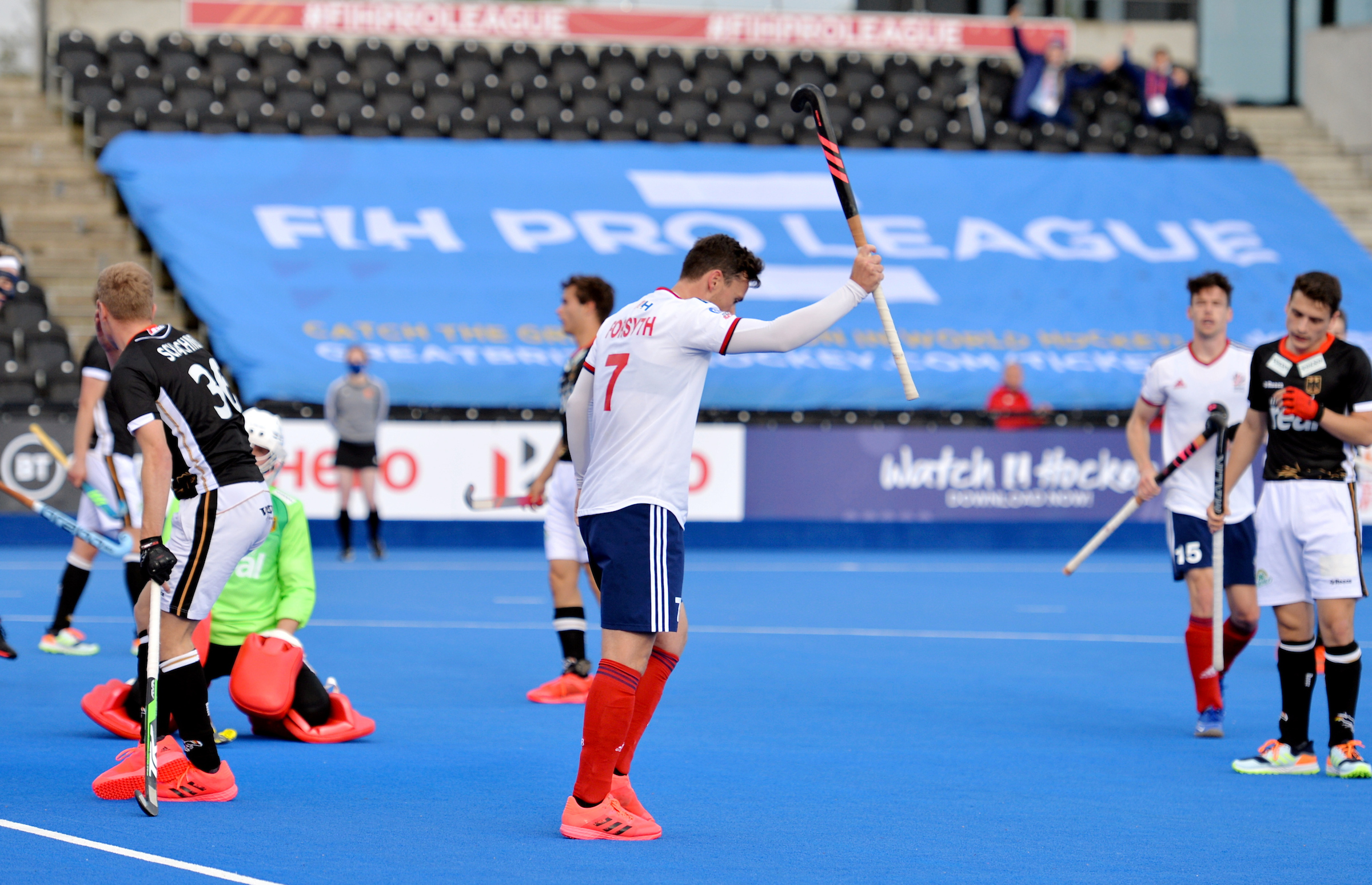