Scotland women’s Captain Kaz Cuthbert presented a cheque for £918 – made up of donations by hockey fans at the recent Scottish Cup Final and Grand Finals events in Glasgow. Beatson Cancer Charity was also previously named as the Official Charity of Scottish Hockey’s Super Series event in 2018. 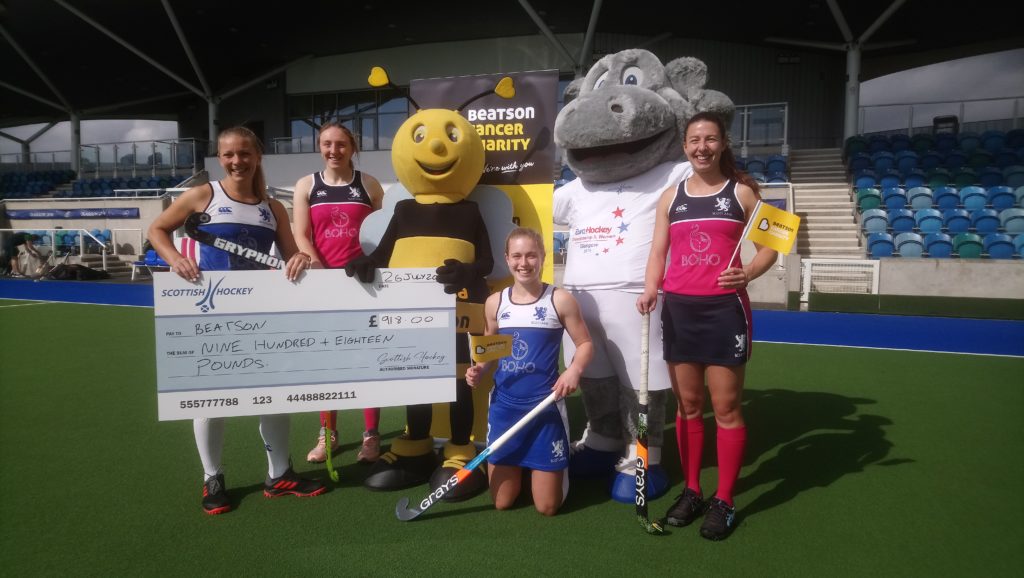 There will be a strong and fun-filled Beatson presence at Women’s EuroHockey Championship II and spectators will have the opportunity to learn more about Beatson Cancer Charity, and if they wish to show more support, spectators can donate to the charity collection buckets onsite.

Bella Beatson will lead an army of Beatson volunteers as they support the event that will see 20 international hockey matches played at the Glasgow National Hockey Centre on 4-10 August.

Beatson Cancer Charity has also arranged for a special on-pitch performance by Rock Choir on the opening day before the Scotland v Ukraine match.

Scottish Hockey CEO, David Sweetman, said, “I’m proud to support Beatson Cancer Charity through an excellent and high-profile international tournament in Glasgow. Their volunteers will add a lot of fun and support for the event and give people a good chance to learn more about a wonderful charity that has made a massive difference to patients in the West of Scotland.

“It is a pleasure to have the charity on board once again, and we’ll look forward to a fantastic week of women’s international hockey.”

“We are incredibly grateful to Scottish Hockey for their fantastic support and commitment, which allows us to continue supporting patients and families facing cancer across the west of Scotland.” 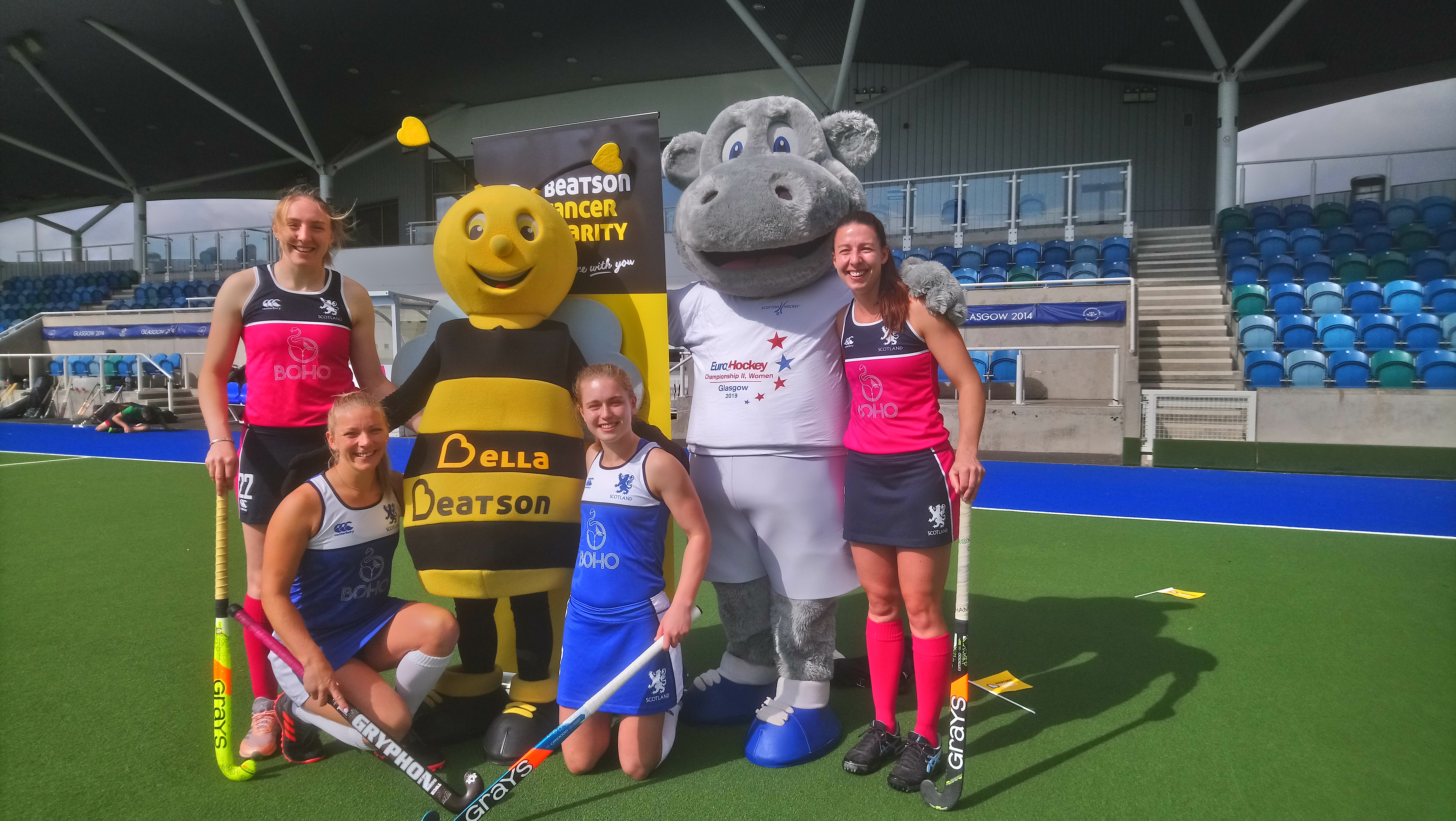