After 139 caps and 12 years playing for Scotland Becky Mill (Merchant) has announced her retirement from international hockey.

Mill said, “It feels like the time is right to retire. I’ve had twelve years in the squad and it’s time for the youngsters to lead the way. The last few years have been really challenging coming back from two big injuries, and it has given me a lot of time to think about my future. Last year I wasn’t sure if I would get back to hockey following an ankle operation, but I’m now back playing again, and loving it, but I know this is the right time for me to move away from international hockey and onto new challenges.”

It’s a Scotland career that saw Becky represent her country at the 2010 Commonwealth Games in Delhi and at three European A divisions in 2009, 2013, and 2015. She was also a gold medallist with GB at the Youth Olympics in 2007.

Becky’s Scotland debut was also in 2007 when she wore the blue shirt against Ireland in a test series to mark the opening of the Forthbank pitch. She recalled, “The first game of the series was actually frozen off but I made my debut in the second game. Cat Forrest got her 50th cap that game and I remember being absolutely blown away that someone could play so many games for their country. It was special.”

Mill went onto play 139 times for Scotland earning her 50th cap at Champions Challenge in Dublin in 2012, and then reaching 100 caps in a EuroHockey Championship match against Italy in 2015, a contest in which she found the net in a 3-1 win.

In 2010 Becky was selected to represent Scotland at the Commonwealth Games in Delhi, and experience that lives long in her memory – particularly playing against India on home soil on the opening day. The Scots earned a 1-1 draw that day and went on to finish seventh in the tournament, beating Wales in a shootout in the playoff.

Becky played as a defender for the majority of her career however did have an impressive couple of years as a striker. Between July 2015 and July 2016 Mill played in 23 matches and scored 9 goals – an impressive scoring ratio for international hockey and against teams like Germany; England; Ireland; Italy; Spain; Japan and South Africa.

Mill said, “I can’t remember my first goal for Scotland but my favourite goal was away against Germany in 2015. I’d played as a defender my whole career up until that game and played my first match as a forward”

“I was really nervous going into the game but I managed to score probably the best goal of my career with my first touch of the game. I always loved scoring goals at training, Jen Wilson was assistant at that time and I think she spotted something in me and I ended up playing as an attacker. It was a challenge but I loved it.”

Captaining Scotland for the first time was also a special moment for Mill. The proud honour was earned in a match against South Africa in Cape Town in 2016; a game in which she scored. Mill would go on to wear the armband at major tournaments such as World League 2 in Valencia and the World League semi-final in Brussels.

Becky’s last cap in a Scotland shirt came against Ireland in 2018 at the Glasgow National Hockey Centre.

Mill added, “Playing for Scotland for the last 12 years has been an incredible journey. It has taught me a huge amount about myself and has shaped who I am today. I am incredibly grateful for every opportunity that I’ve been given.

“I’d like to thank sportscotland and the Institute of Sport – I’m hugely grateful for what they’ve done for me. There’s no way I’d have been an international player all that time without their support. In particular Carrie McCrea-Routray; Sean Tough; Catherine Smaill and Susie Elms to name just a few. In last few years in particular where I have had two major injuries they’ve been a huge support and help.

“I must also thank Fettes College where I and have worked for the last seven years. They have always been so supportive and have always allowed me time off, which meant I could combine being an international hockey player and a teacher.

“Thank you to my teammates – old and current. I have learnt so much, shared so many experiences and I am grateful to have made so many lifelong friends. I’d also like to thank everyone at Scottish Hockey over the years for all their support in particular my coaches Gordon Shepherd and Jen Wilson.

“Lastly my family and my husband; Rich who have always supported me through the highs and lows been with me the whole way.”

Scotland Women’s Head Coach Jen Wilson said, “Becky has made an incredible contribution to Scottish Hockey for over a decade. Her relentless commitment and passion for the game has never wavered whether travelling through a high or low of international hockey.

“She has been an outstanding defender for the majority of her career and also scored some unforgettable goals in a short spell as a striker. Her goal against Germany in 2015 will sit in my memory for a very long time as one of the most exceptional finishes by an international player. She has been a wonderful ambassador to the sport and her leadership both on and off the field will be missed.” 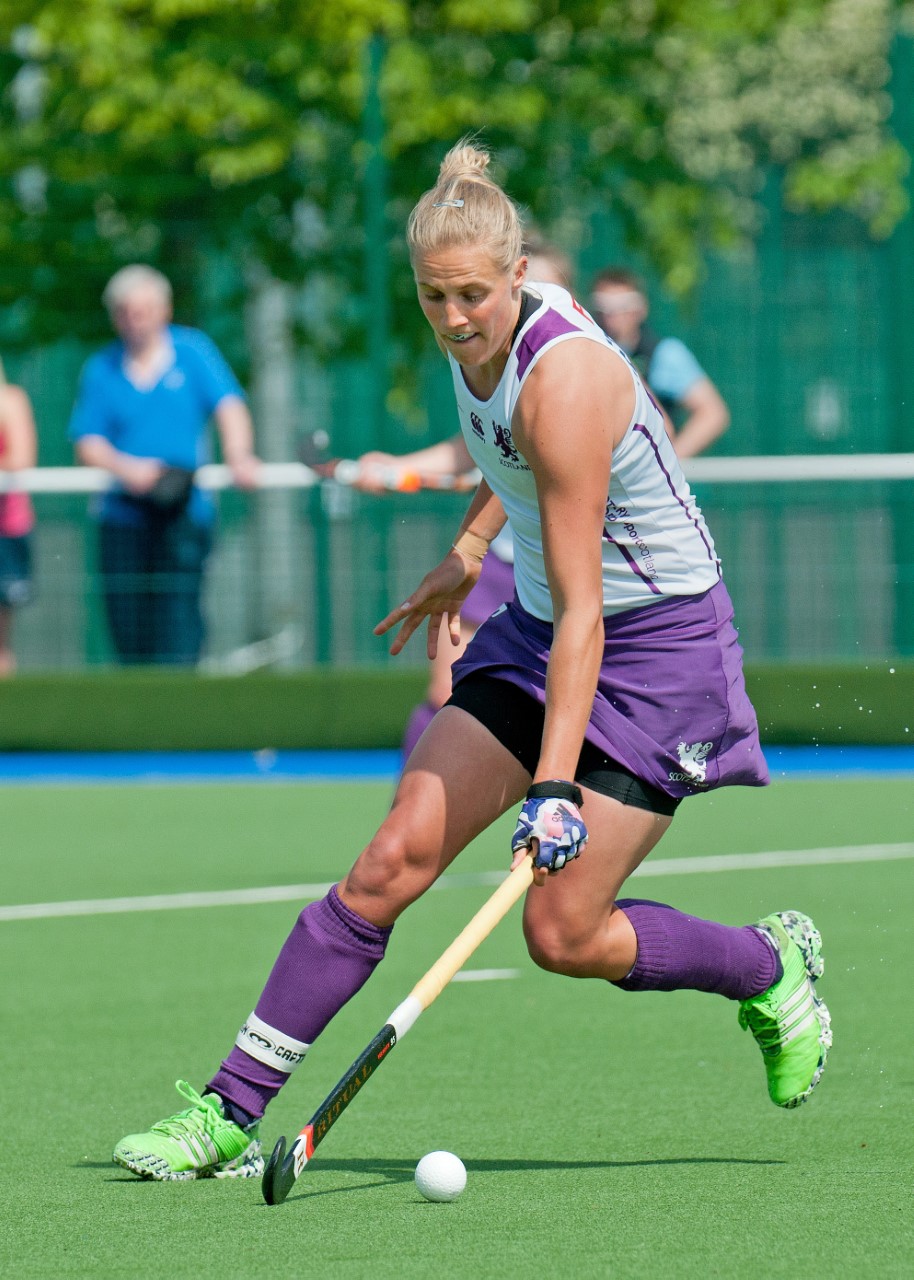