Canada were the victors with a 4-1 win in the first of five matches against Scotland at the Glasgow National Hockey Centre.

It was a contest that saw Fiona Burnet win her 50th cap for Scotland and Jess Buchanan earn first cap for her country.

Scotland had good possession in the early stages and the first chance of the game fell to McKenzie Bell, after some good interchange by Lucy Lanigan and Nikki Alexander Lloyd, but the ball was stuck under Bell’s stick and the chance evaded her.

Lucy Camlin was called into action at a Canadian penalty corner but she easily padded the ball clear.

Into the second quarter and the visitors started to edge the possession, though Scotland was solid in defence.

Camlin made a great save high under her crossbar after Hannah Haughn let fly on the reverse, as Canada pressed.

Then Canada opened the scoring. Nikki Woodcroft was on hand as she forced the ball over the line at a penalty corner to make it 1-0 for the visitors.

Canada continued to threaten into the second half and some excellent defending by Becky Ward cleared the danger as the Canadians piled into the Scotland D.

Canada racked up the penalty corners and Steph Norlander made it 2-1 on the turn close to the line. Minutes later it went to 3-1 when Haughn deflected the ball into the roof of the net.

A fourth came quickly and a swift break down the right cut Scotland open and Holly Stewart had a far post tap-in to make it 4-1.

Jen Eadie had an effort from a penalty corner to try and pull one back for Scotland but the Kaitlyn Williams in goal for Canada saved well to her right.

In the end it was a solid win for Canada and the teams meet again tomorrow at 7pm to play out their second contest in Glasgow. 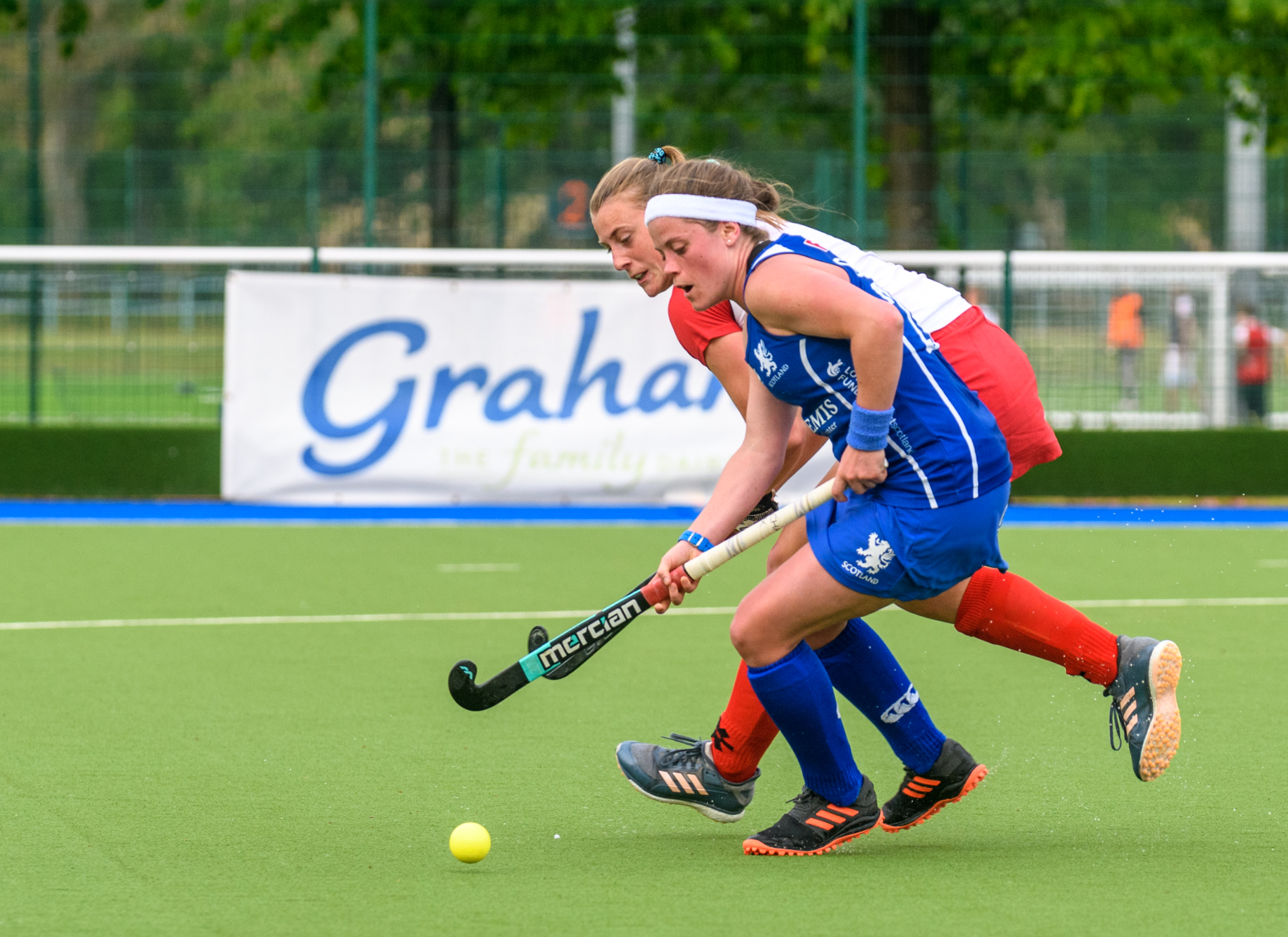