Florian Fuchs scored a hat-trick and Christopher Ruhr produced an exquisite finish to give Germany their second victory of the Games.

Following their victory over Canada, Danny Kerry’s men were hoping to record a third straight victory against a side they had beaten twice in the FIH Hockey Pro League in May.

But it was Germany who started on the front foot, with Weigand missing from close range early on before Tom Sorsby cleared a partially charged down corner off the line.

With their first chance of the game Great Britain took the lead, Roper slamming the ball beyond Alex Stadler from the top of the circle.

Both sides then saw corners saved before Ollie Payne produced a great save from close range in the final minute of the quarter. However there was still time for Germany to win another corner and Fuchs was perfectly positioned to deflect the ball in between Payne and Tom Sorsby.

Neither side was able to add to the scoreline in the second quarter, with Payne producing three brilliant saves from close range while Chris Griffiths’ wicked shot was palmed away from goal by Stadler.

Ruhr then produced a moment of magic five minutes into the second half, lifting the ball into the roof of the net from an acute angle, to give Germany the lead for the first time.

Both Roper and Liam Ansell had chances to level but couldn’t find a way past Stadler before Weigand struck three minute before the end of the quarter, finishing from close range after a great run by Mats Grambusch.

Fuchs then added two more in the final quarter to complete his hat-trick, the first a cross-come-shot deflected beyond Payne before he pounced on a rebound at a corner in the final minute. 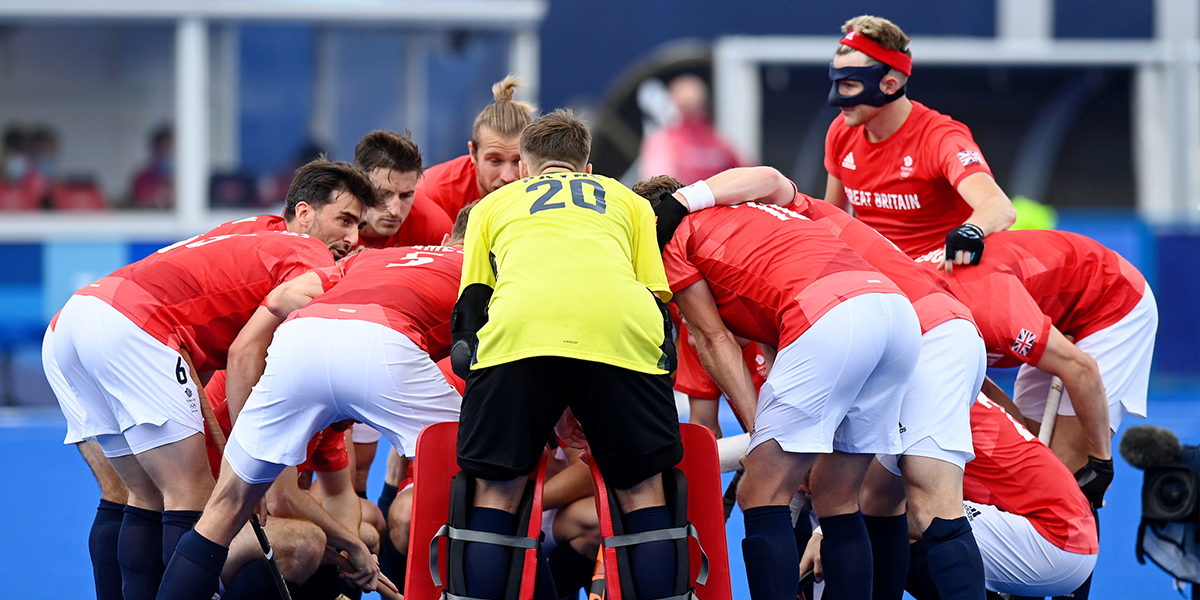