The Head Coaches have been announced for Super Series 2019, held at the Glasgow National Hockey Centre on Friday 29 November to Sunday 1 December.

In the women’s Super Series Kaz Cuthbert and Susan McGilveray will coach Glasgow Thunder; Vicki Bunce will return as coach of Dundee Devils; and Chris Duncan will reprise his coaching role of Edinburgh Lightning.

The exciting best-v-best event will be held in Glasgow on Friday 29 November; Saturday 30 November; and Sunday 1 December. Edinburgh Lightning were the victors last year in the women’s competition and will be out to defend their title in 2019.

The teams are based roughly on geographical allegiances with flexibility built in to ensure the best players are playing. The players are all nominated by club coaches and a selection panel and the squads will be announced on Thursday 31 October.

The series has been designed to bridge the gap between club and international hockey with Scotland’s best hockey players featuring across three teams in this exciting competition.

Scottish Hockey Head of Performance Andy Tennant said, “Super Series gives us a great opportunity to widen the coaching net at performance level to give our national team assistants, and a number of our leading Premiership coaches, an opportunity to coach at the stepping stone level to international hockey. This forms an integral part of our strategic objective of bridging the gap between club and international level and developing the next generation of international coaches.” 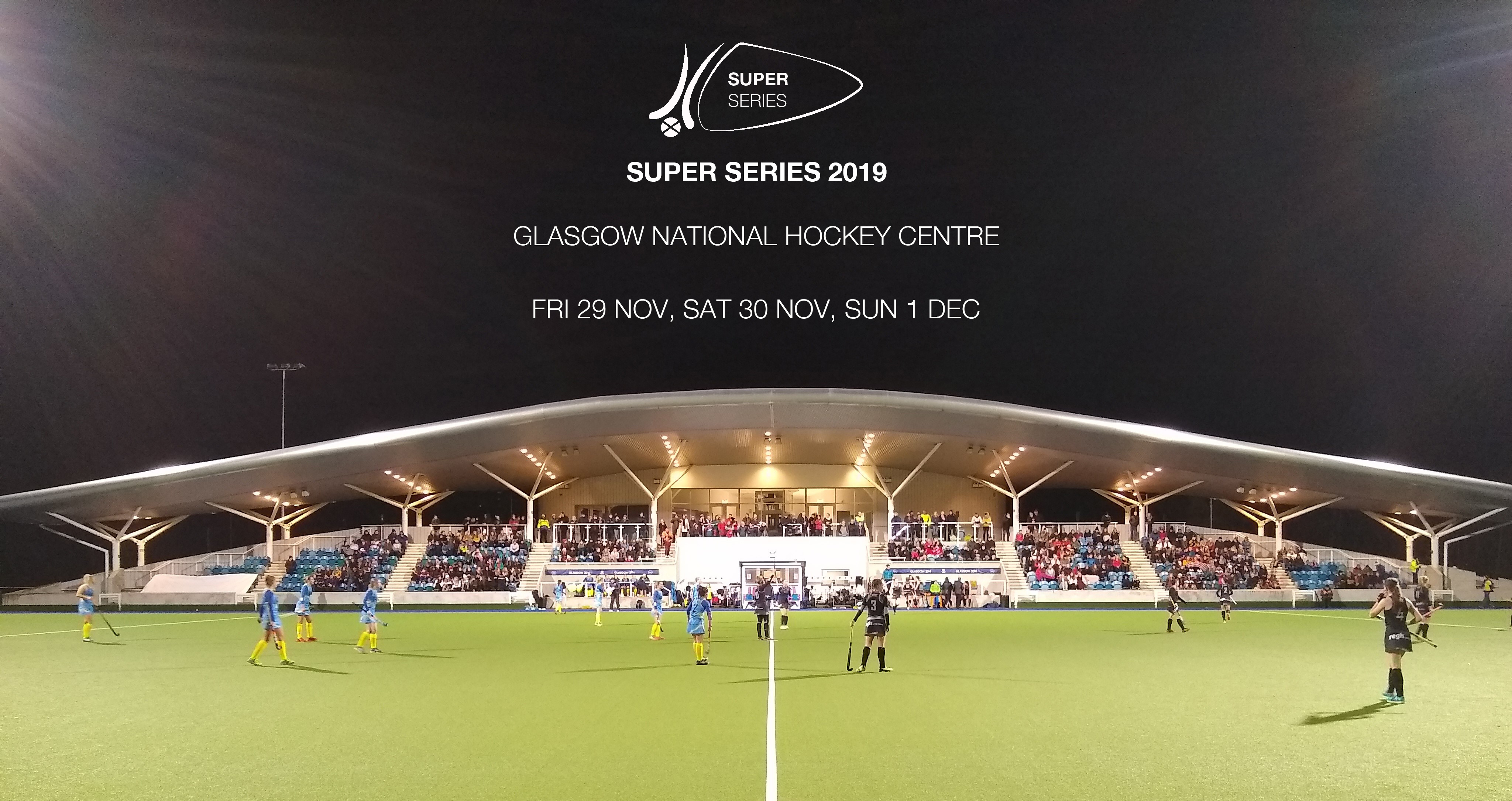