In response to the Covid-19 pandemic BlueSox Ladies members have been walking, running, and cycling 5k while each donating £5 in aid of Glasgow City Mission – a charity delivering food to vulnerable people in Glasgow. The club also doubles whatever amount its members donate.

This is part of weekly challenges the club has put together to ensure it keeps its members, and wider public, engaged while injecting some positivity and motivation during these difficult times. One of these challenges per month will be in aid of charity whilst the crisis is ongoing.

BlueSox Ladies decided to focus on charities that may be helping those who were vulnerable or may be facing financial difficulties. One of its members discovered that Glasgow City Mission was delivering groceries to vulnerable families, which fit well with what the club wanted to contribute to.

The club is also considering support for other charities, such as hospices whose donations have plummeted, or local foodbanks who are experiencing fewer contributions.

Clare McWilliams, BlueSox Hockey President, said, ‘When it became obvious that a lockdown was on the way our committee discussed how we could keep the membership of the club engaged, especially since many of them work for the NHS and live on their own, so would be facing difficult times ahead.

‘We decided to set up these weekly challenges to try and inject a bit of positivity, and motivation, and hopefully to encourage members to reach out for help if they needed it. Then it was suggested by one of our members that we might be able to further motivate people by doing something for charity.’

The club has around 50 members involved and is linked to Rottenrow Men’s Hockey Club, which has also joined in, and McWilliams is keen to say that anyone is welcome to get involved. Details of each weekly challenge is being announced on the club’s Instagram and Facebook pages.

McWilliams added, ‘This week is the “Cup of Tea” challenge. Participants are asked to position themselves at least two stick lengths away from a mug and they have to record the number of attempts it takes them to lift the tea bag into the mug with their stick, and then send us pictures with their figure.

‘We plan to have prizes for the winners of each challenge. At least one of the challenges every month will be for charity and the club will double whatever our club members donate.’ 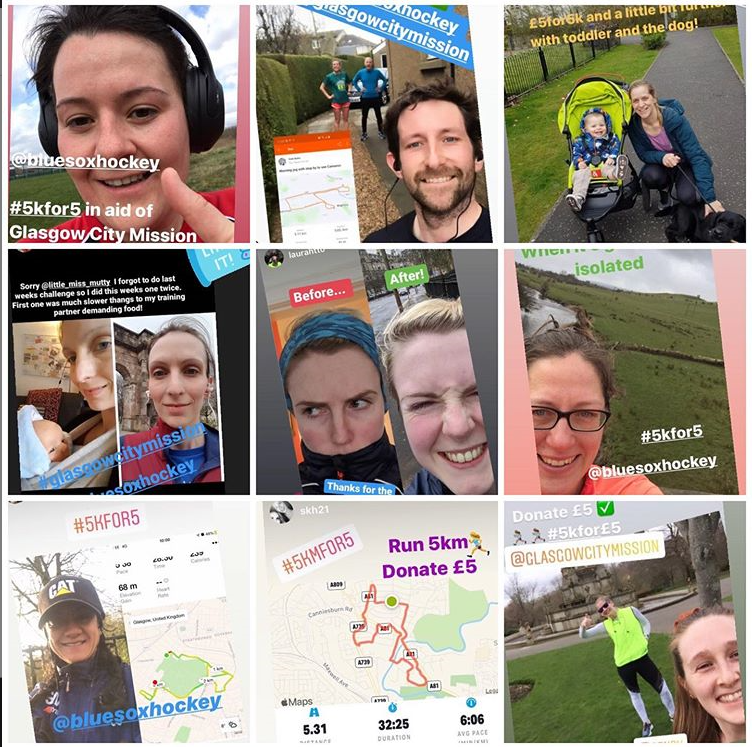