GHK hockey players Carly Bissett (an NHS General Surgery Specialist Trainee); Lynsey Waddell (Scottish Hockey’s Performance Administrator); and Susan McGilveray (former Scotland international & GHK 1st XI coach) had been talking about how for a lot of school-age children, the looming school closures might mean them losing out on their main meal of the day.

So they decided to take action and organised a ‘GHK food bank drive’ to benefit all age groups and backgrounds, particularly at a time when ‘panic buying’ was really kicking off.

The nearest foodbank to the club is the Glasgow Northwest Food Bank, based in Scotstoun, which is part of the Trussell Trust. The foodbank accepts both monetary donations and food donations. https://glasgownw.foodbank.org.uk/

One of the attractions to the team at GHK was although food donations are made to a particular food bank, if another Trussell Trust foodbank is short on food/donations elsewhere in the city they will then transfer the food over to that foodbank, so in reality GHK’s efforts was a Glasgow-wide effort.

A list of example / desired food items is on the Glasgow Northwest Food Bank website, and when Carly contacted the manager of the Glasgow NW foodbank, Sue Robinson, to arrange the drop-off, Sue also indicated what items were in short supply.

Carly said, “It was really quite straightforward to organise. I made an infographic which we shared on our social media pages and sent an email round everyone on the club’s mailing list detailing how they could donate either money via the GHK account, or a food donation.

“We arranged a single food bag drop off outside our hockey pitch on Monday 23rd March, 6:30-7pm. We were supported by a huge number of individuals; local businesses including Cafe Parma; as well as school PTA groups like the Kelvinside Academy PTA.

“In total we had 16 bags of food, toiletries and toilet roll for donation, which myself and another committee member dropped off, as well as £515 raised in just a one-week campaign. The response really was incredible – I was absolutely amazed with the generosity which far exceeded any expectations I had! It really was a fantastic whole-club effort.”

Whilst the club hasn’t another date pinned down just yet, they are hoping to repeat the venture around eight weeks from now, as they anticipate the recovery time from the pandemic will likely affect the most deprived communities for a long while to come. 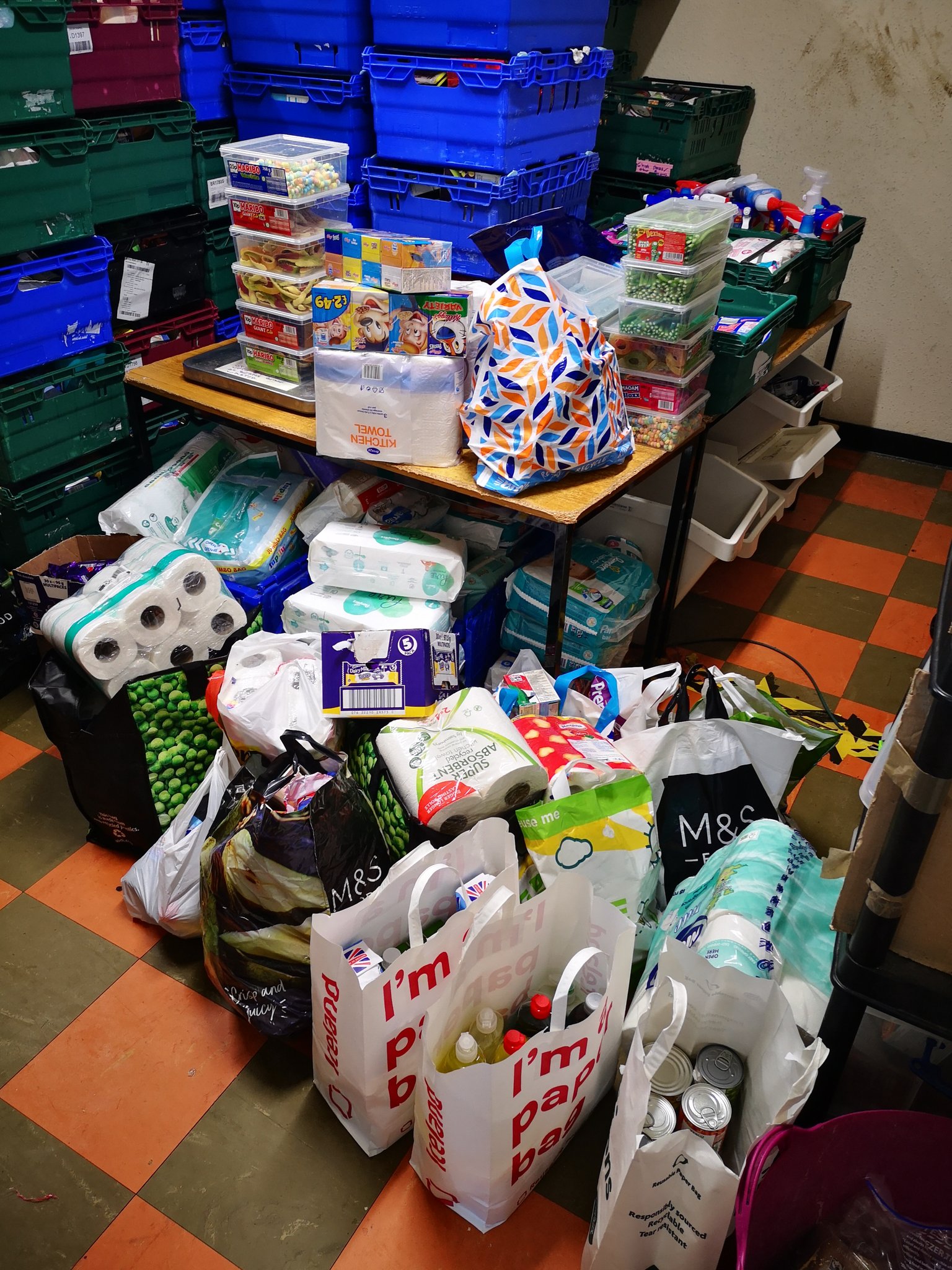