Giffnock launched its Community Outreach Project to ensure that no member, or their families, friends and neighbours go without support during the Covid-19 outbreak.

Richard Cook, the club’s President, explained that when over 70’s were advised by Government to self-isolate for 12 weeks the club became increasingly convinced that this group may struggle.

They also found that around 5% of the total Giffnock membership is aged over 70 and while most of these people had family support, some had none. They also realised that the club was one of a few, or only, outlet for the over 70s group to socialise, and Cook explained that taking that away from them left them almost totally isolated.

So when the instruction for all households to isolate came, the team at Giffnock knew there were some vulnerable members they could help.

Cook said, “As it happened, we also found out there were two other groups within the Club that needed assistance too.  The first were young families who decided to self-isolate for 14 days in order to be able to move in with elderly parents/grandparents who are isolating for 12 weeks.  The second are a group of NHS and key workers who are working for us all and may need support if this lasts for a protracted period, which seems likely given the First Minister’s speeches.

“So we began by speaking with our local partners and suppliers to see how they could support us.  Frankly the support was overwhelming.  Several local food businesses offered us their supply chains.  Ca-Va Brasserie gave us access to fresh meats.  Banco Bar & Kitchen to pasta and dried goods.  Our own suppliers at Booker and Brakes then agreed to deliver to us throughout any lockdown.  At that point we decided a food delivery service was possible, with very strict regimes in place for food arriving on site and then being delivered on to members.

“For example, when we deliver, the food is in bags which are sterile.  Our drivers wear gloves and place the order on the doorstep then ring/knock and stand at least four metres back while the householder takes their goods in.  All payments are made to us by bank transfer.”

Next, the club pulled together a wide range of services to support members in practical ways, including in relation to their mental health.

They used video conferencing to host live Open Mic Nights and Quiz Nights.  The clubs also put in place a telephone buddy system so that anyone feeling lonely can talk to a fellow member.  Cook added, “Our volunteers for this include a fully qualified counsellor trained to spot mental health issues, so if anyone is showing signs of distress we have Stephanie available to help.”

Giffnock also realised they had expertise in their membership and offered IT support; accountancy and law advice as well as in the medical field.

Cook said, “All-in-all we think it is something we can be proud of and meets specific needs of those most in need.

“In our first week we’ve made 14 deliveries, including a sizable food delivery to a major UK charity in Glasgow.  We’ve our online Open Mic Night tomorrow and our local partners are reporting good support from Giffnock Tennis Squash & Hockey Club members.” 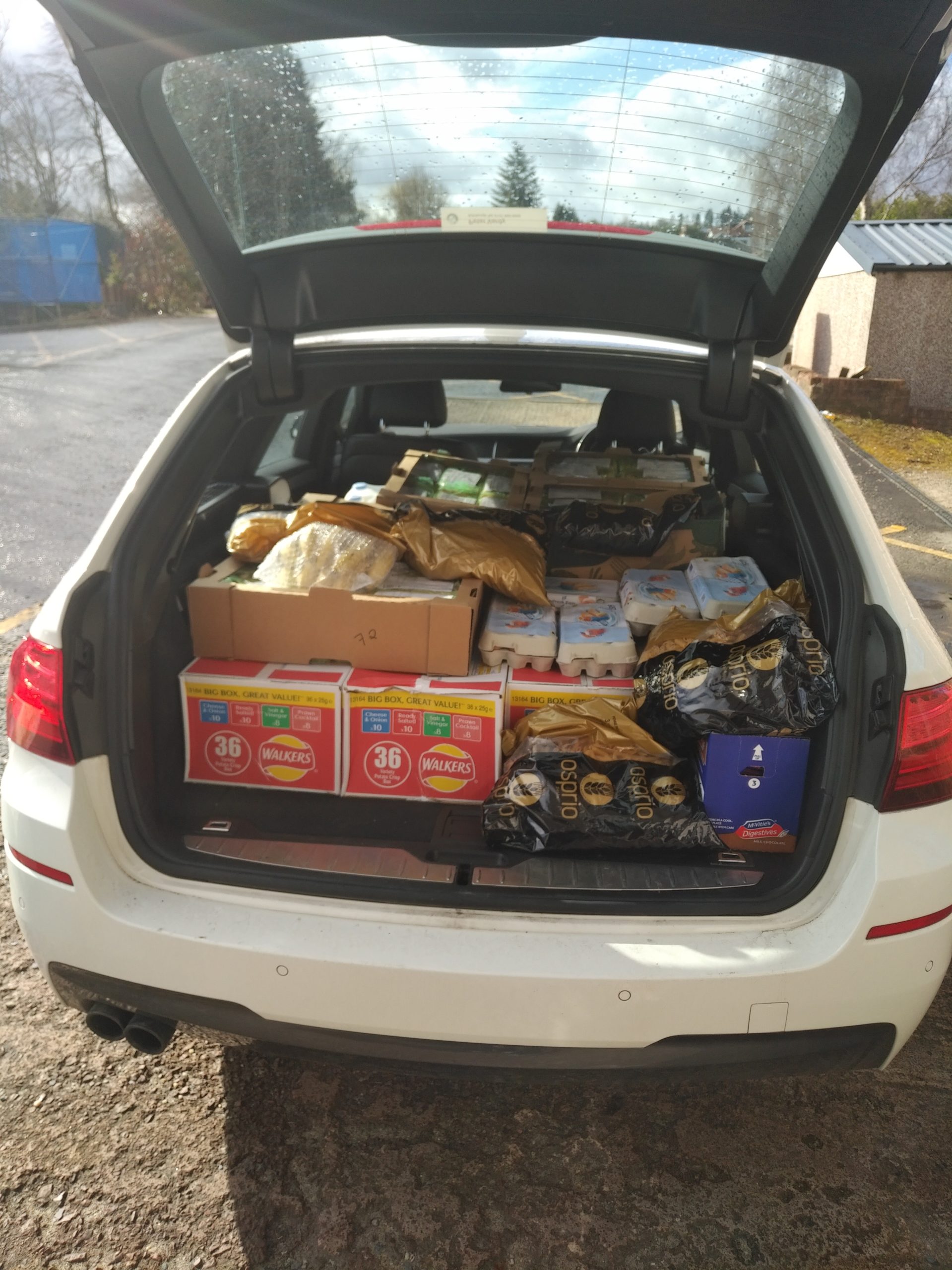