Scotland women lost their opening game of the EuroHockey Championship in Amsterdam with a 4-1 defeat to Spain. A competitive match was won in the third quarter when Spain struck three times to take the game out of reach. Emily Dark scored an excellent penalty corner for the Tartan Hearts and gives the team a platform to build on in the games ahead.

It was a momentous day for Sarah Robertson who won her 100th cap for Scotland, and for Bronwyn Shields who won her first cap in the encounter.

There was a good press by Scotland in the early stages as they put the Spaniards under some early pressure.

Spain struck first, however, through a penalty corner struck low into the bottom right corner by Lola Riera.

Scotland had moments of creativity; Bex Condie slipped a delightful pass through the Spanish defence but Spain managed to snuff out the danger as Sarah Jamieson went twisting and turning in the D.

A tremendous save by Amy Gibson denied Spain a second just before the end of the first quarter as the Scots battled hard.

Jamieson began to pick up good positions in the second quarter but again found the Spanish defence to be resilient.

As half time approached Scotland fashioned their first great chance through some sensational running by Charlotte Watson, but the striker was denied by the advancing keeper to block Watson’s scoop and deny the Scots an equaliser.

Moments later and an inventive deflected effort by Jamieson zipped just wide of the target.

A lightning start to the second half saw Spain go 3-0 ahead. The half was less that ten seconds old when a diving deflection out of absolutely nowhere by Lucia Jimenez, saw the ball zip into the roof of the net for 2-0.

A penalty corner moments later was thundered home by Georgina Oliva for 3-0.

Then as the quarter progressed Alicia Magaz found a lot of space in the Scots D and made no mistake with a rocket into the back of the net for 4-0.

Scotland got a deserved goal in the final quarter when Emily Dark blasted home a low penalty corner to pull it back to 4-1.

Next up for Scotland is Ireland on Monday at 11:30am. The match will be shown live on BT Sport. 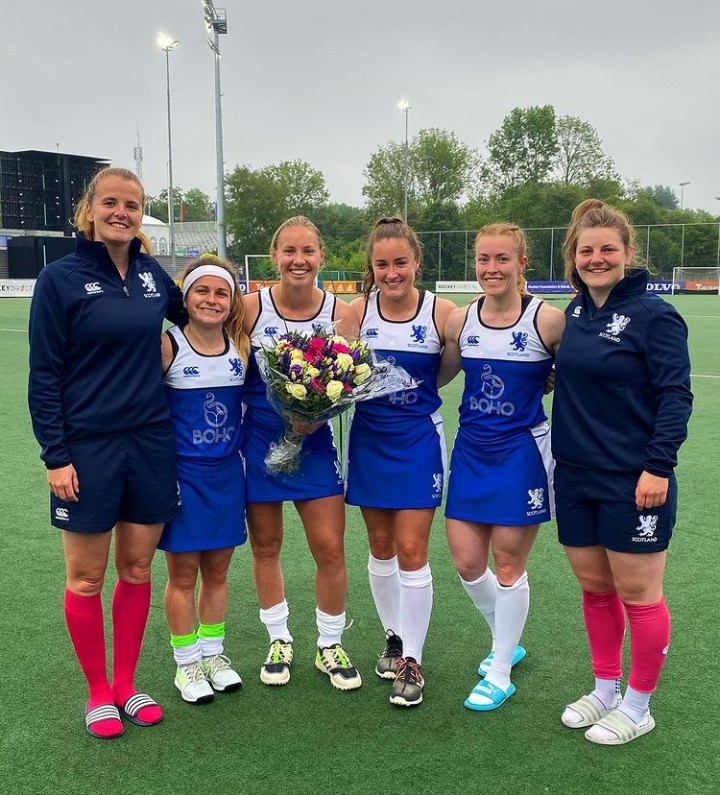