Scottish Hockey is sad to hear that David Dix-Perkin has passed away and our thoughts are with all his family and friends.

David was a well-known and respected figure throughout hockey in Scotland with a long involvement in the sport.

Having been a member of Grange for 70 years, David also served as Secretary of Grange Club for 16 years; Trustee for 15 years; and Honorary President of Grange Hockey for over 30 years. David also held an honorary position at Edinburgh University Men’s Hockey.

David was Chair of Scottish Hockey Umpires Committee and made a big contribution to umpiring for many years.

David was also a contributor to the 100 Years of Scottish Hockey celebrations. The first meeting of the Centenary Committee was held on 23 January 1995, where he was appointed Honorary Secretary, along with the then SHU President, Alistair Gray and Chair, Evlyn Raistrick.

As a player David was capped by Scotland twice. David also featured in the first ‘Home Scots’ side who competed against Ulster. The Home Scots v Ulster fixture started in 1953 (played till 1968) undoubtedly, brought about a team spirit amongst home-based players. 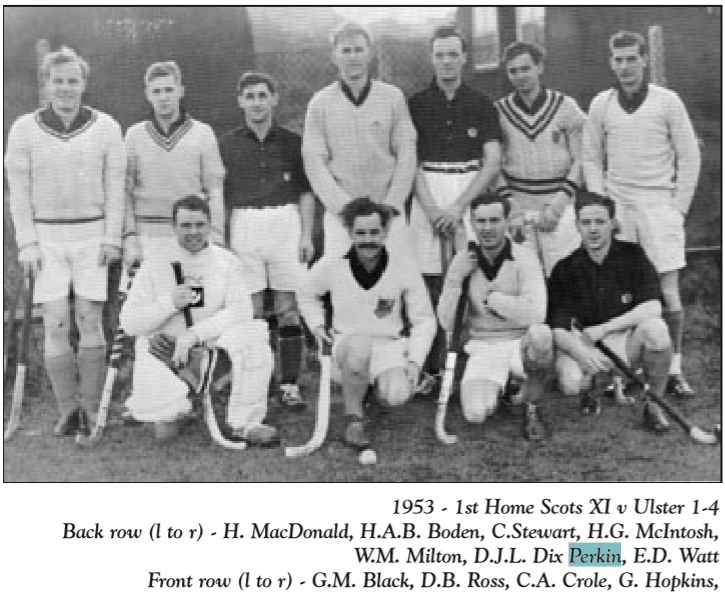 David was well-known for his personality which shone through when organising tours, such as Picts Tours – which were always noted for a great camaraderie orchestrated by David. Games, social exchanges were enjoyed in Scarborough, Denmark, Paris and Barcelona. In Paris the Picts were presented with the cup for the best ‘sporting side’ and David on the return flight celebrated by passing the cup around all the passengers.

He was founder of Grange Easter Festival – which was a huge event – bringing top class teams to Edinburgh from Europe and beyond.

Chair of Scottish Hockey, Martin Shepherdson, said, “David was a warm, engaging personality – very much a gentleman. Always full of life and stories, he spoke at the Grange Men’s Dinner every year for nearly 40 years.

“He gave a huge amount to hockey at Grange and indeed to all of Scottish Hockey and will be greatly missed.” 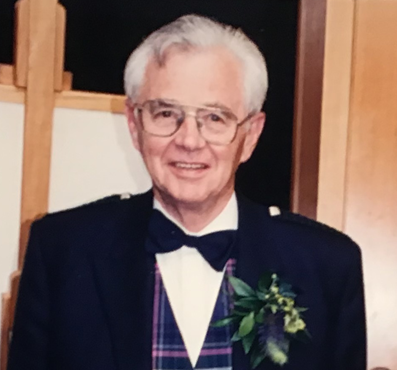