Great Britain’s men and women played out two thrilling games against The Netherlands on the sixth day of hockey action at the Tokyo 2020 Olympics.

Frederique Matla’s first quarter penalty stroke was all that could separate Great Britain and the Dutch in a closely fought women’s game featuring Scotland’s Sarah Robertson.

Danny Kerry’s men’s team secured their place in the quarter-finals with a group game to spare thanks to an impressive final quarter comeback to secure a 2-2 draw.

Having won three from three at the Games so far, the Dutch started firmly on the front foot as Marloes Keetels and Maria Verschoor forced Hinch into early saves.

Shona McCallin then produced a brilliant goal line block to keep out one corner before Hinch and Giselle Ansley combined to thwart a charging Lidewij Welten. The Great Britain goalkeeper then produced two more saves to deny Caia van Maasakker from corners.

There was nothing she could do to keep out Matla’s emphatic penalty stroke in the 13th minute though, awarded for a foul on Welten as she was winding up to shoot.

Lily Owsley then charged down another van Maasakker corner before Great Britain grew into the game in the final five minutes of the half, winning three corners of their own. But Josine Koning was on hand to deny Fiona Crackles and Ansley as The Netherlands took the lead heading into half-time.

They almost added a second moments into the second half as they won a corner but Hinch and McCallin combined to keep another effort out before Laurien Leurink’s snap shot whistled over the crossbar.

Hinch then produced arguably her best save of the day as she dived full length to stop Malou Pheninckx from close range.

Great Britain battled hard and gave the Dutch no time to play on the ball, forcing them into mistakes and turning the ball over regularly. However, despite the best efforts of the likes of Lily Owsley, Sarah Jones and Sarah Robertson, they were unable to force any clear-cut chances.

The Dutch had further attempts in the final quarter, with Owsley and Hinch on hand to block yet more corners, while in the dying moments the ball fell kindly to Crackles in the circle but she couldn’t get a clean connection on her shot.

The opening quarter was a tense affair with neither side able to really establish any influence on the game. Ollie Payne was called into the action for the first time in the ninth minute as he produced a remarkable reaction save to keep out a corner rebound after Tom Sorsby had stopped the initial flick.

Ward then saw two corners of his own saved at the start of the second quarter before the Dutch produced a stunning team goal to open the scoring. Jonas de Geus beautifully controlled an aerial in the circle, played a smart one-two with Mirco Pruijser before crossing for Thierry Brinkman to score.

Zach Wallace sliced an opportunity to equalise shortly before half-time before Jip Janssen doubled the Dutch lead in the first minute of the second half as The Netherlands scored their first corner of the tournament.

Great Britain turned up the pressure after that, with Liam Ansell seeing two corners charged down while crosses from Liam Sanford and Chris Griffiths – playing his 50th game for the country – failed to find a team-mate.

The Netherlands struck the post from a corner rebound early in the fourth quarter after Payne had saved the initial effort and that proved to be the turning point in the game. Five minutes later, Great Britain pulled one back as Tom Sorsby raced into the circle before his shot was turned beyond Pirmin Blaak by Ward.

The forward then scored his fourth goal of the tournament in the 57th minute to equalise for Great Britain as he rifled in a corner.

The drama didn’t end there though as Great Britain won another corner a minute later but couldn’t convert before the Dutch had four corners in the final minute. However a combination of brave defending, a great save by Ollie Payne and some help from the frame of the goal kept the Dutch out and ensured the game ended level. 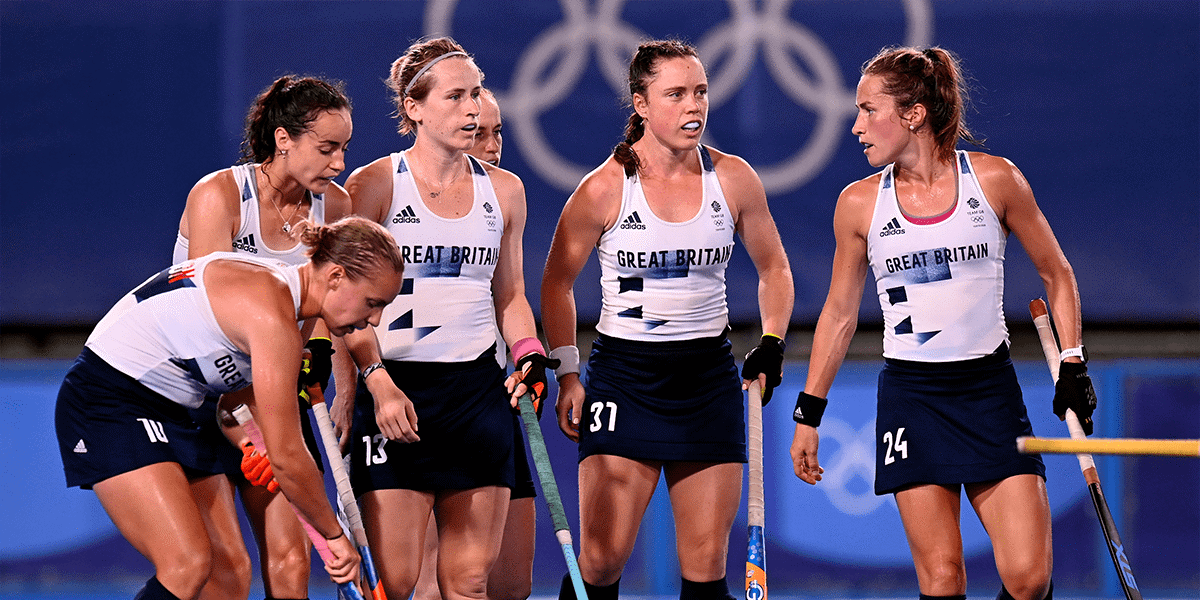