Draws for Scotland against Ireland at U19 GB&I 4-Nations

Draws were the order of the day in Belfast, the boys were 4-4 while the girls were 1-1, sadly both lost out in the resulting penalty shoot-out for the bonus points.

Scotland`s youngsters put in a stirring performance to finish with a hard fought four each draw against Ireland, but unfortunately lost the bonus point when they went down 4-3 in the subsequent running penalties. But it is still all to play for tomorrow, Ireland have a single point lead and a slightly better goal difference, but a win for the Scots would give them the title.

The Scots took the lead in the first quarter, at a penalty corner, the initial shot was blocked but Pete Caughey followed up to find the net on his debut.

The second quarter was a fairly even affair with chances at both ends, but it was the home side who levelled – and that was the score at the interval.

The third quarter produced a flurry of goals. It started with a brilliant counter-attacking move between the Grange pair of Matthew Hughson and Jamie Croll, leaving the former to round the keeper and made it 2-1.

The Scots were on fire at this point and went 3-1 up following a fierce reverse stick shot by Grove Menzieshill`s Keir Robb from the top left hand of the circle which flew into the bottom right corner of the net.

But the visitors were unable to hold on to their advantage and Ireland levelled by the end of the quarter from the spot and then a penalty corner.

The final quarter became a little fractious and the Irish were reduced to ten players for a time. The Scots regrouped and a run up the right by Hughson resulted in a brilliant cross to be finished off be an even more brilliant deflection by Robb for his second of the game.

Again the Scots were unable to hold their advantage and the Irish levelled again from a counter-attack.

At the end of the game, Scotland `s coach Andrew Brogdon said: “It was a really high quality game of international hockey, and our goals would certainly have graced any international stage.

“Our key focus is to manage the game so that we can finish this development series on a high. It will be a just reward for the squad`s dedicated efforts over the last 18 months.”

The girls started the first half of their game with good tempo but there were not many clear-cut chances despite being slightly on top, and the half ended goalless.

At the start of the second half the Irish took the lead with a slick penalty corner routine, the rest of the third quarter was scrappy while the Scots defended well to prevent any further Irish scoring.

The Scots had more composure and possession in the final quarter and only the Irish keeper prevented Itske Hooftman, Lucy Smith and finally Katy Swanson from finding the net.

However, the equaliser finally came at another penalty corner, Lucy Smith`s first effort was saved but the rebound fell to the Glasgow University player who fired the ball into the bottom corner of the net from a narrow angle.

Coach Keith Smith remarked: “It was probably a fair result. We were disappointed to go behind but we came back well to get a draw. I was happy with the play and I thought we rallied well, so it`s a good platform for tomorrow`s game.” 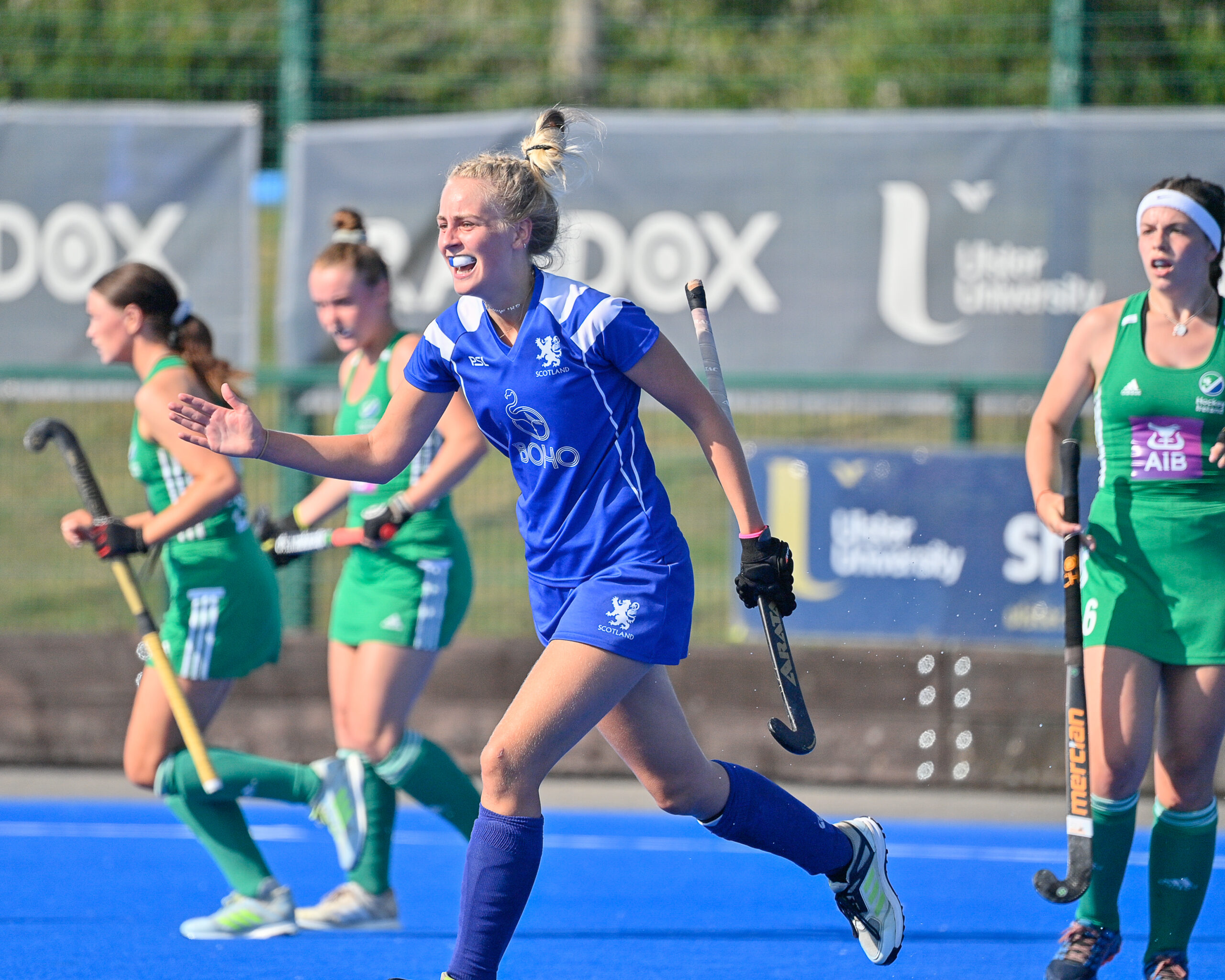