The best young players in the country descended on Bells Sports Centre in Perth at the weekend for the U18 Indoor Inter-Districts … and they gave us two thrilling, top-quality tournaments!

In the first of 10 matches on Saturday, Midland beat West 2-0 with goals from Michaela McCarthy and captain Ellie Stott. East were fast out of the blocks in a 5-0 win v South with five different scorers; and then Kassidy Mathers and Katy Thomson grabbed the goals in North’s 2-0 win v West.

South’s 4-3 win v Midland was one of the games of the day, with Sophie Younger (2), Chloe Aitchison and Molly Morris scoring for the Borderers. Jessica Thain and Georgie Yuill scored for East before a goal from Zoe Bradford for North made it an exciting finish, but captain Katie Swanson broke away in the last seconds to seal a 3-1 win for the Edinburgh team.

Game 6 was another very close encounter, with South’s Hannah McNair giving them an early lead. However, Romey Abu Rajab equalised with 3 minutes to go to earn West a 1-1 draw. Then North hit top form to beat Midland 4-1, with two from Jess Barr and one each for Jen Tait and Katy Thomson.

Just when it looked like West had held East to a goal-less draw, Sophie Hinds popped up to score the winner for East and maintain their 100% record. And North beat South 3-0 in their final match, with Mathers and Barr scoring in the first half before Ailsa Phimister sealed the win. It rounded off a superb day for North, for whom captain Jen Tait had an outstanding tournament.

And so to the final match of the day, with East needing a point to finish top. A thrilling first half ended 2-2, with Thain and Swanson scoring for East, and McCarthy and Iona Fleming equalising for Midland. East found another gear in the second half, and doubles from Sophie Hinds and Ava Allan gave them a 6-2 win.

Congratulations to East on becoming champions, and to all teams and coaches for a superb tournament. 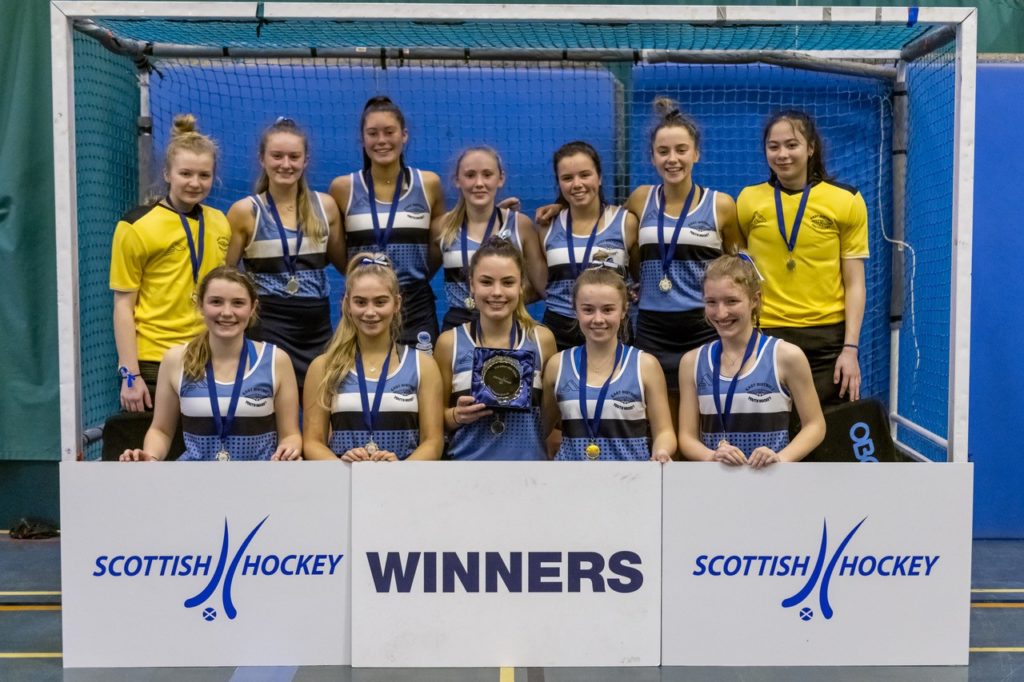 The following day, East, Midland and West battled it out for the U18 Boys Inter-Districts, with each team playing two matches of 4 x 10-minute quarters.

First up were West and Midland, for whom Alex Wilson scored the only goal of the first half. A goal-rush in the second half started with Jude Boslem equalising for West before Ollie Wilson and Cammy Bell gave Midland a 3-1 lead. But back came West with Stuart Eadie and Louis Gardiner before Samuel Knight grabbed a last-minute winner for Midland. Final result 4-3.

Midland’s next game v East was another thriller. Once again, Midland had a two-goal lead through Cammy Bell and an Alex Wilson penalty stroke. However, Charlie Jack got one back on half-time and Daniel Hall grabbed the equaliser with 4 minutes to go to earn East a 2-2 draw. Both teams’ goalkeepers produced a series of superb saves.

The last match proved equally exciting, with Adam McKenzie scoring for West before a Charlie Jack hatrick gave East a 3-1 lead with 12 minutes to go. They were 7 minutes from winning the tournament when Louis Gardiner scored from a penalty corner for West, meaning East had to score again. However, the West defence held firm and East’s 3-2 win gave them the silver medals.
Congratulations to Midland who pipped East by scoring one more goal, although they had the same points and goal difference.

Finally, a huge thank you to all umpires and officials for their contribution to an excellent weekend’s hockey. 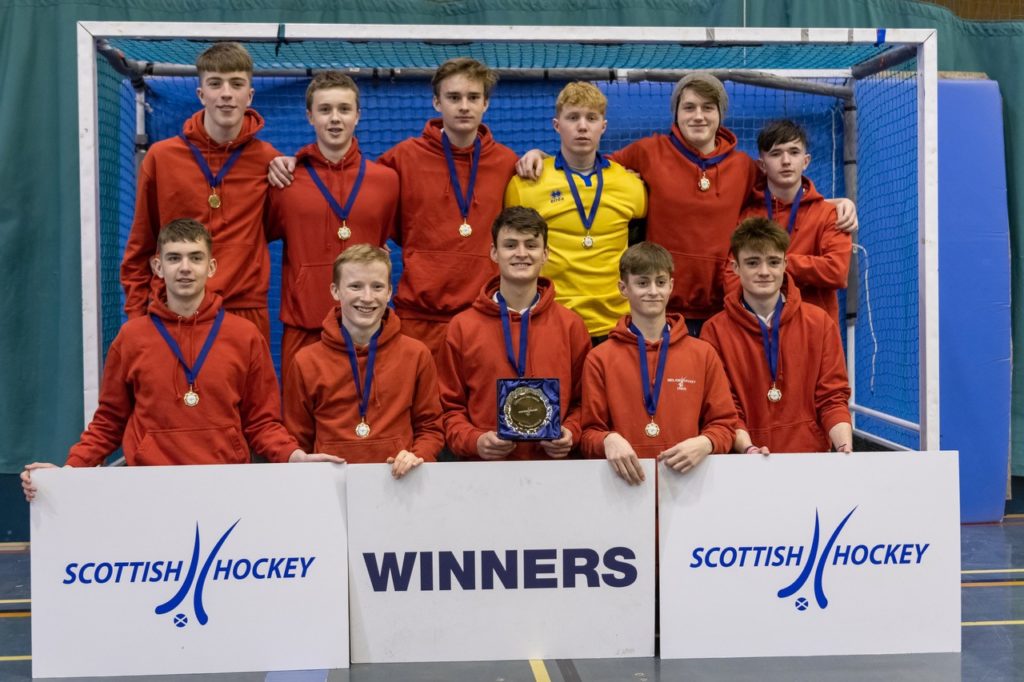 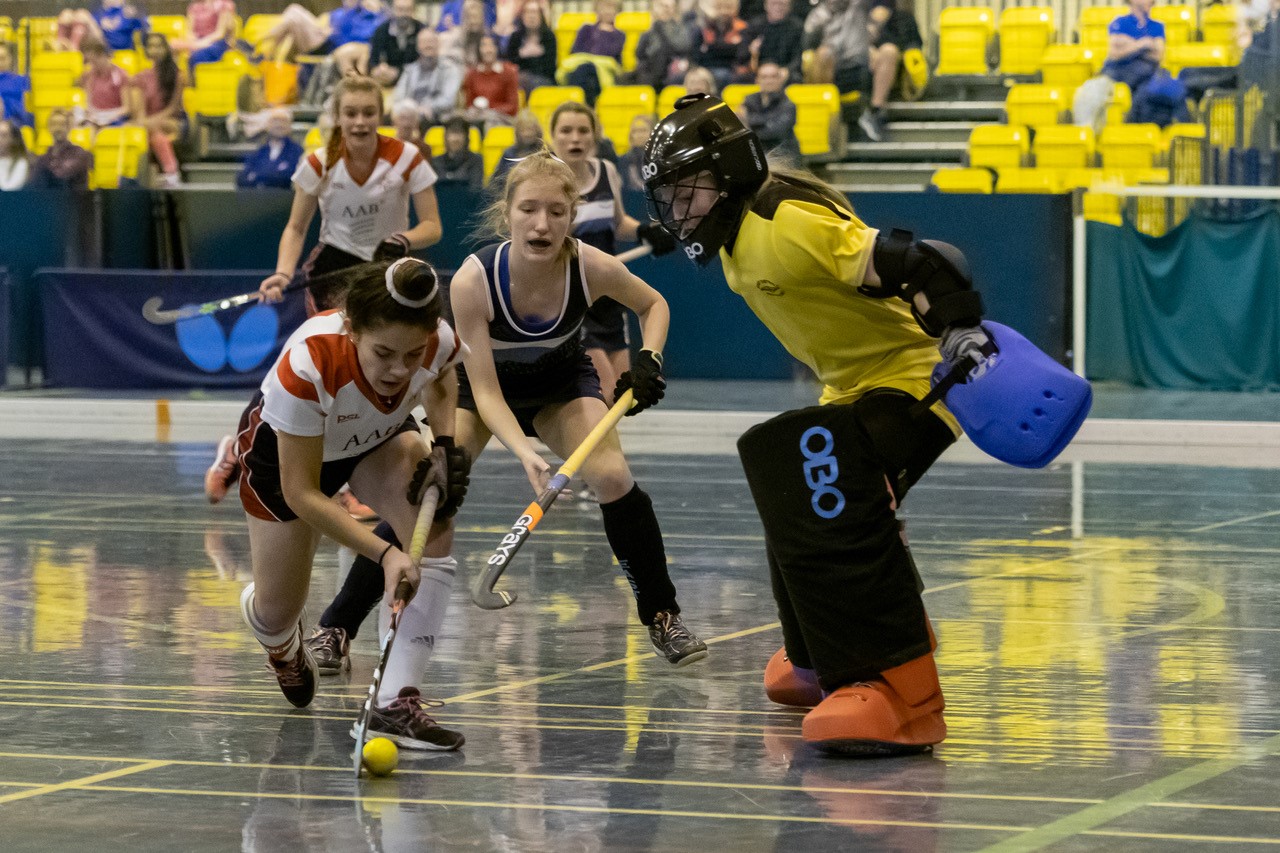