Women’s Super-Series is a new best-v-best hockey tournament that will be held at the Glasgow National Hockey Centre on 30th November, 1st and 2nd December 2018.

On opening night the competition gets off to a ferocious start with Glasgow Thunder taking on Edinburgh Lightning under the lights at the Glasgow National Hockey Centre. The match will get underway at 7.30pm.

Before the Super Series gets underway, the Scottish Hockey Development Series will also be played as part of the event with Glasgow Thunder and Edinburgh Lightning development teams battling out the first contest of the night.

Entry to the Super Series is free. 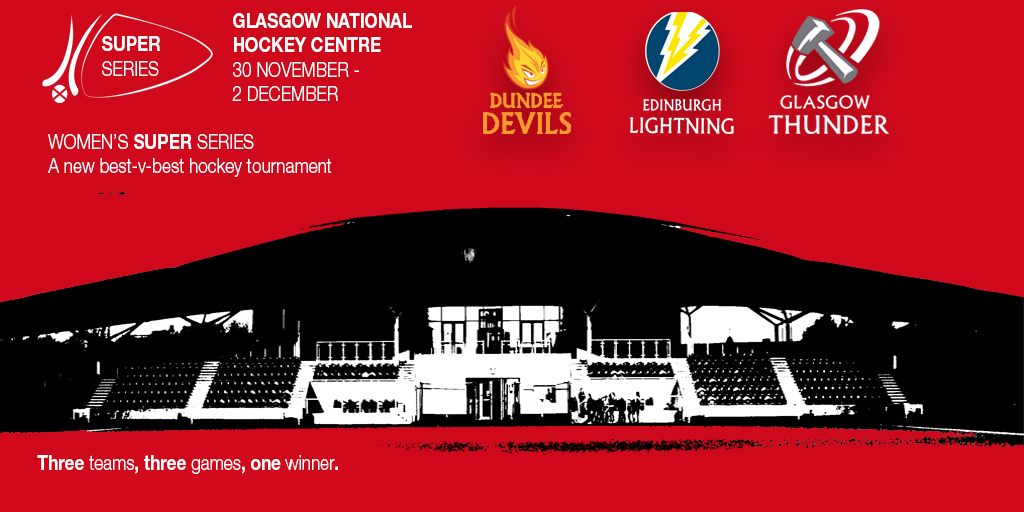