Everybody in as Scottish Hockey launches “Playground to Podium” pathway

Scottish Hockey has today (Tues 14 January) published new, simplified guidelines on how players at all levels – from beginners to elite performers – can join in and progress through the sport.

The upgraded “Playground to Podium” pathways model is designed to more clearly communicate with players, coaches, teachers, officials, administrators, parents and sponsors. It explains how participants can get involved at all levels, how they may move from one stage of development to the next, and how those who have played previously can return to the game.

“From an organisational point of view, it has been designed as a visual to be used by everyone involved, so they can all understand what the opportunities are,” said Colleen Reid, Coach Education Development Manager for Scottish Hockey.

“It’s a kind of ready reckoner on how to participate. For example, we often have parents of players asking about what the next step might be for their child. These development pathways have always been in place, but not everybody necessarily knew how they worked, so this is about clearer communication.”

Fun Start includes the introduction to the game and learning to play, with an age guide of 5 to 13 years old. Active Lifestyle covers those aged 12 to 80 who are keen on healthy social interaction.

Competitive Hockey is for those aged 12 to 80 who enjoy playing on school or club teams at varying levels of competitiveness. Performance Hockey covers the stages from early talent development from ages 12 to 16 up to the most senior level of those who wish to play for their country. 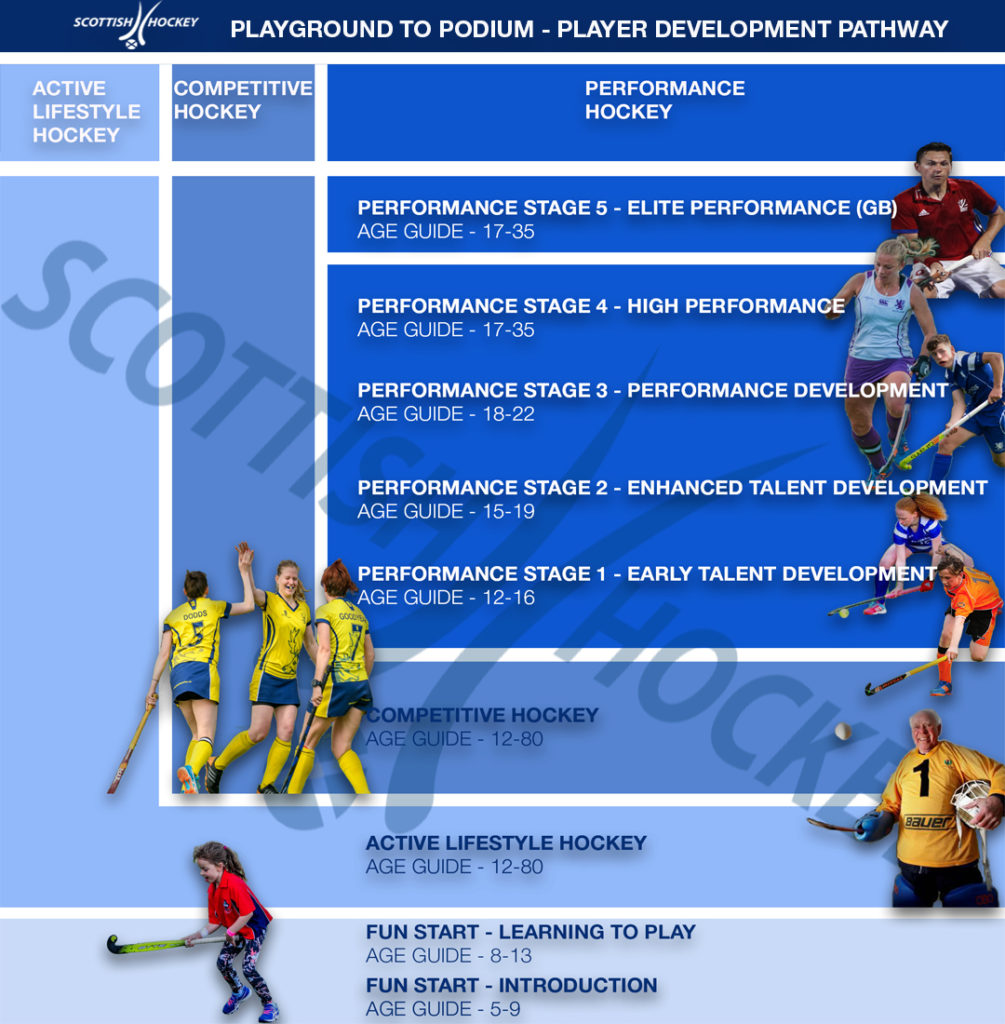 Andy Tennant, Head of Performance at Scottish Hockey, said this enhanced understanding of the pathways will improve the experience of participants at all levels within the sport.

“Whatever the motivation, all participants are important parts of hockey’s pathways in Scotland,” he said. “While we are all somewhere on the pathway, there are many different routes that allow players to move from one level to another as frequently as they wish, or as their current ability takes them.”

The Playground to Podium model is being launched along with two further initiatives designed to increase participation levels in Scotland.

The first is a new delivery resource for teachers and coaches, which includes guidelines for a six-week introductory programme that can be adapted to individual needs.

The second is a re-working of the four, six and eight-a-side hockey formats which outlines the rules of these games. This will assist schools, clubs and districts in setting up their own festivals using these more easily accessible formats.

Small sided games such as fours, sixes and eights provide the opportunity for players to develop effective decision making, while helping them become highly skilled and creative, self-organised, fast and robust, as well as developing the understanding of what it takes to win.

These initiatives will further the growth of hockey in Scotland, which has been expanding in recent years. In April, Scottish Hockey announced that it had smashed through its growth targets to reach 12,000 members, an 80% increase in just four years.

Find out more about Player Pathways and download our resources HERE 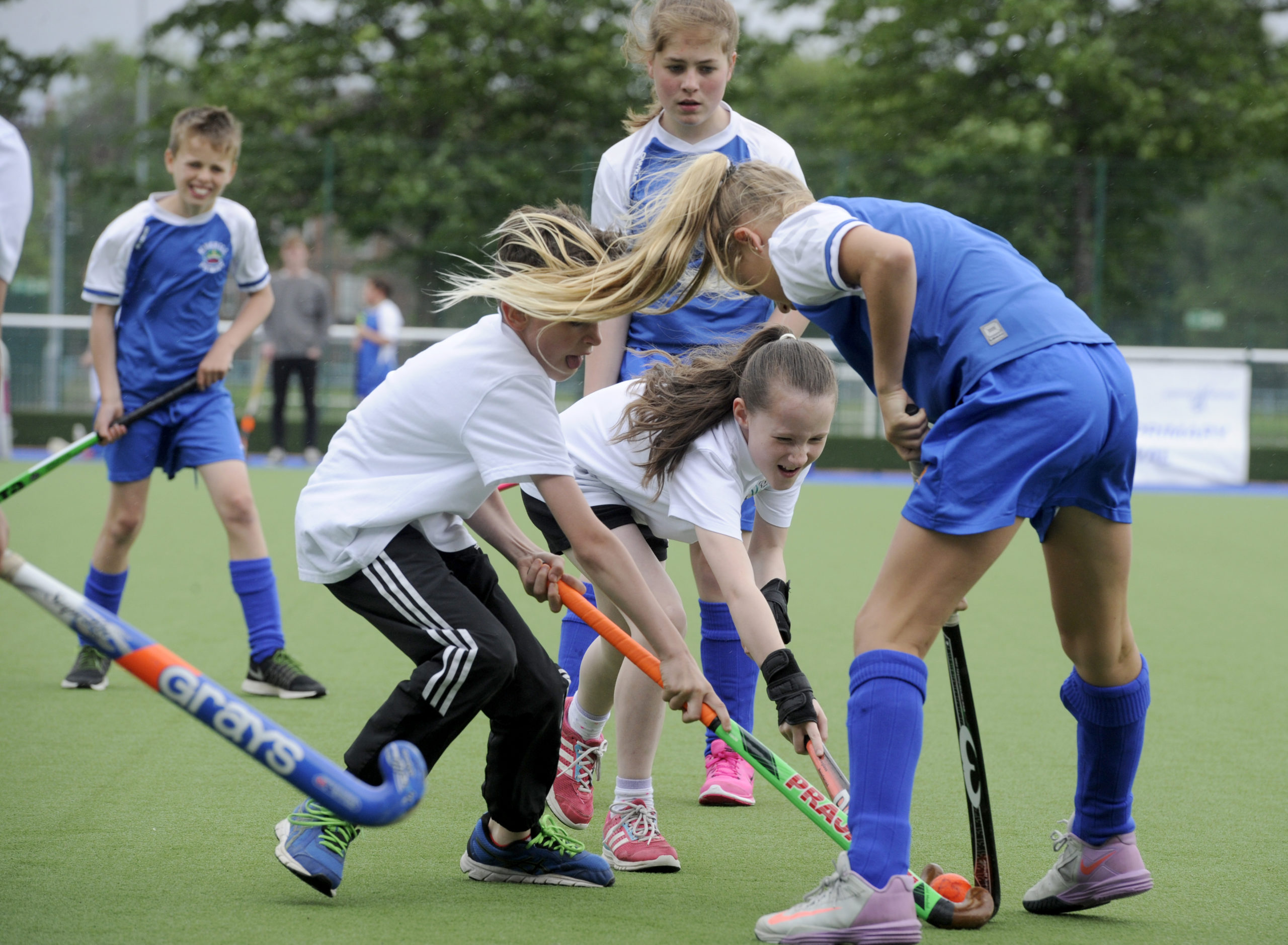