The inaugural AGM of Scottish Masters Hockey was held online on Wednesday 24th March, 2021, in a momentous occasion for masters’ hockey in Scotland.

The election results were 170 votes for, with zero votes against, and one vote withheld.

Niall Sturrock, who chaired the AGM, was elected as secretary and will also be a director of SMH. The election results were 172 votes for, and zero votes against, with one vote withheld.

The treasurer’s recommendation for subscription was passed by 174 votes for with one vote against.

All 15 international age group squads that SMH represents had members at the meeting as did the Umpires & Officials Committee.

Around 50% of the current membership of over 400 either attended the Zoom meeting in person or submitted a proxy vote.

The directors will be meeting next week to plan the way forward and seek nominations from the three international committees and the Umpires & Officials Committee to sit on the board and move the organisation forward.

“Hockey is a sport for life and it’s tremendous to see so many people involved in masters hockey, ensuring development and growth as we move forward.”

Scottish Hockey CEO David Sweetman added, “It’s great to see the formal creation of a single organisation for masters hockey in Scotland and I look forward to working together going forward.

“Scottish Masters Hockey, a single organisation to represent and guide our international masters, is a great step forward and is off to a great start with over 400 individuals already signed up. We’re proud to be a sport for life.”

If anyone wants to join Scottish Masters Hockey, then they should complete this form: https://forms.gle/78Ps257VVxmETykk9 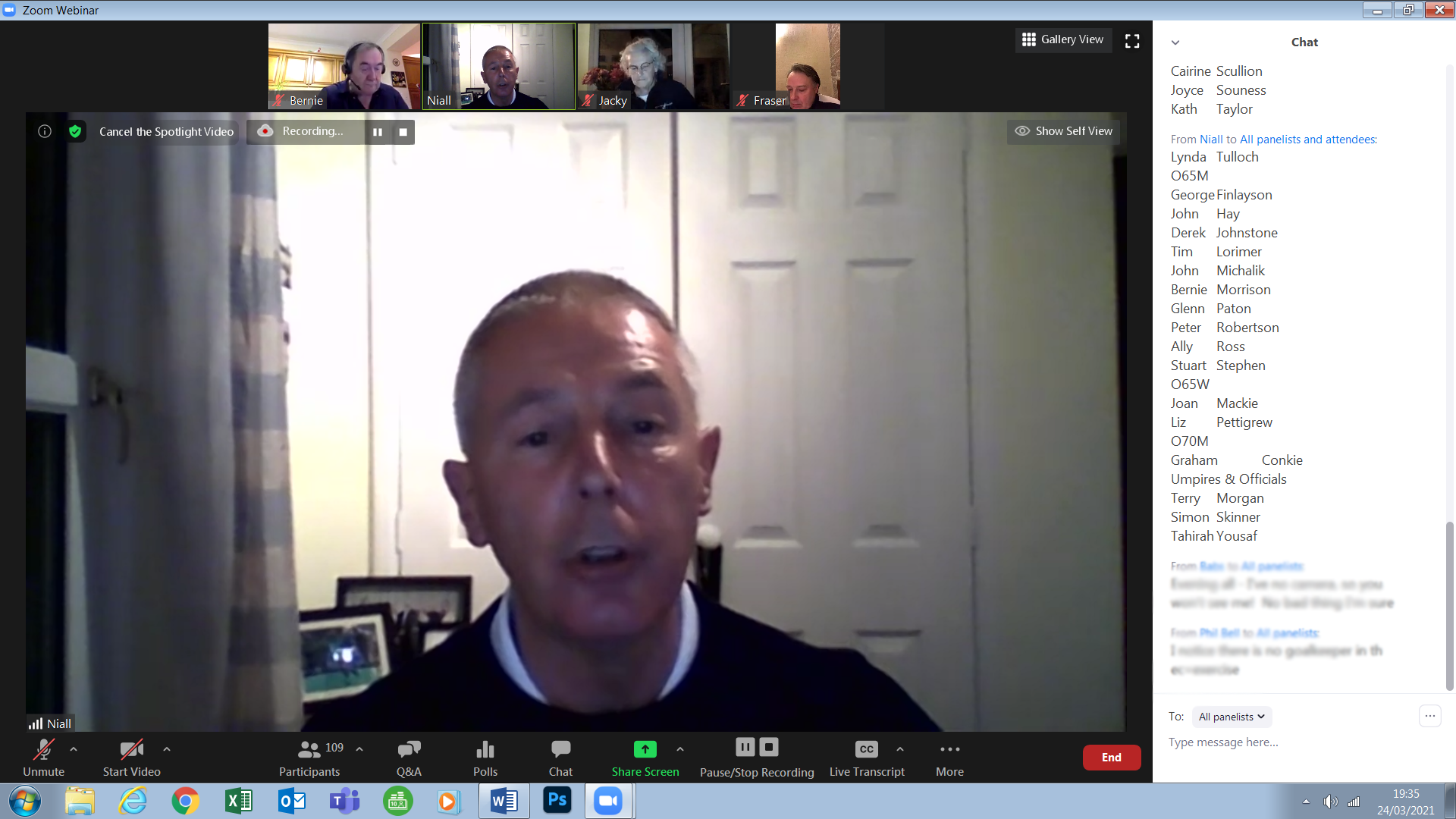