GB victories in second round of Olympic matches in Tokyo

Scotland’s Sarah Robertson was on top form as GB women took victory over South Africa at the Olympics in Tokyo.

South Africa started the game brightly and forced Maddie Hinch into making a smart save with less than five minutes on the clock.

There was little Hinch could do to prevent South Africa from taking the lead shortly after, as Nicole Walraven tucked the ball in at the far post to give the side a 1-0 advantage with just six minutes on the clock.

Owsley nearly produced a moment of magic when she weaved her way past numerous defenders to get into the circle, however, last ditch defending would prevent her from finding a telling shot.

Minutes later, Izzy Petter manufactured a chance for herself through clever close control, her shot on the reverse crashing into the side of the goal after shooting from a tight angle.

GB really ramped up the pressure and were rewarded for their endeavours just before the close of the half. Sarah Jones’ shot from the edge of the circle was drifting wide until Rayer popped up at the back post with a nice finish to level the scores in the final minute of play. 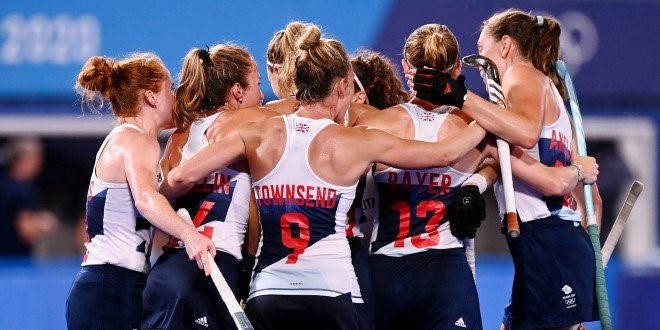 The team nearly had another before the end of the half. Giselle Ansley’s drag flick falling in the path of Shona McCallin, but the midfielder was just unable to find the critical touch to send it goalward.

Toman’s slap on goal saw GB start the second half in the same vein as Mark Hager’s side sought another score. The second goal followed a similar style. Toman drilled the ball on goal, this time Owsley finding a decisive deflection to send the ball over the ‘keeper and into the net to put GB 2-1 to the good.

A minute later, Laura Unsworth intercepted a loose ball between the last defenders and, with plenty of time and space, unleashed a fierce drive through the legs of the goalkeeper to add to GB’s advantage.

GB looked firmly in control and added to the score as the game entered the final ten minutes, Rayer bagging her second of the match. In what was a well crafted move, a perfectly weighted ball found Rayer, who drove at the goal and hammered the ball into the far corner with a clinical finish to give GB a 4-1 victory. 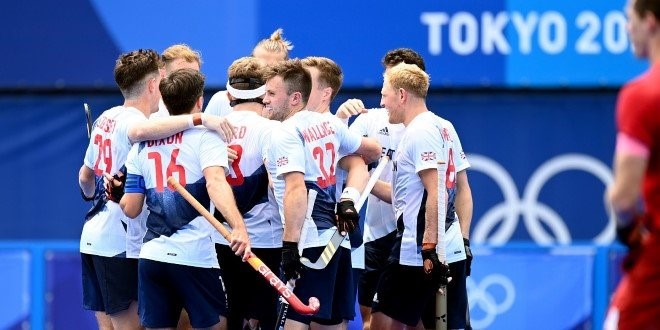 Great Britain men were looking threatening from the off with a succession of penalty corners coming within the opening minutes of the half.

Phil Roper twice looked to have given GB an early lead when his initial drag flick was blocked on the line by the last remaining defender before his next effort smacked into the crossbar.

As GB ramped up the pressure, Chris Griffiths conjured a sublime strike on the half-volley, though his thumping drive was well met by a fantastic save from Antoni Kindler in the Canadian goal.

Sam Ward also came agonisingly close to putting GB ahead as he broke forward on the counter-attack. With time to pick out his spot, the forward’s powerful shot on the reverse rocketed past Kindler but was then met by the far post as the woodwork denied Danny Kerry’s side once again.

It was all one-way traffic through the first half, though Canada were defending admirably, the team were struggling to create any meaningful chances of their own as the score remained goalless heading into half time.

After being frustrated through the opening half, the GB pressure would eventually tell after the interval. Just a few minutes after the half time break, Ansell found himself with time on the ball to produce a tidy finish and send GB ahead with his second goal in as many matches at the Tokyo Games.

The third quarter would prove to be decisive as Ward doubled the GB advantage with another superb drag flick from a penalty corner.

Canada wouldn’t go down without a fight and brought one back with ten minutes remaining to make GB work for their victory. Floris van Son’s brilliant reverse stick shot smacking into the inside of the post on its way into the goal to make it 2-1.

The team ensured there would be some nervy moments for GB, winning their first penalty corner of the match and testing the defence with two further set pieces.

However, GB held firm and quickly ended the Canadian pressure. Phil Roper’s shot was veering wide, but Ansell was on hand to tuck it in from close range at the back post to bag his second of the match and restore the two goal cushion.

With Kindler withdrawn for an extra outfielder, GB nearly made it four when Chris Griffiths latched onto an aerial into the Canadian circle, however the forward’s attempt flew just wide of the target.

The result means that Great Britain’s men have two wins from two games going into their next match against Germany on Wednesday 27 July at 04:15 BST.