Scotland U19 boys clocked up a superb 4-1 victory over England while a clinical opening quarter saw England win over Scotland U19 girls with a 2-0 success.

The two excellent contests at Peffermill kicked started the new GB&I 4Nations tournament, with the teams set to meet again tomorrow for day two of the round of matches.

A sensational performance by Scotland U19 boys saw them beat England 4-1 at Peffermill in the GB&I 4-Nations.

It was a fast and frantic opening to the contest with both sides clearly putting maximum effort in. The game’s first penalty corner went to England after a driving run across the baseline, but Scotland defended it well on the goal line.

Then Scotland sent Charlie Jack surging forward on a counter attack but his shot fizzed just wide of the left post.

Early in the second quarter Jack was the catalyst again when he launched a pass across the face of the English goal, but the Scots were denied as Scotland went on the hunt for goals.

Some delightful skills by Daniel Pearson saw Scotland charge at goal again, but the Scots were crowded out at the vital moment.

Scotland looked good in possession and kept England on the back foot throughout the quarter. A couple of penalty corner opportunities passed them by but the longer the game went on, the more the game was played around the English D.

Towards the end of the half Alex Wilson went on a sensational run into the England D and picked out Jacob Tweedie with a great cutback, but Tweedie’s effort scooped over the bar.

Early in the third quarter Scotland took a deserved lead when Matthew Hughson slammed a powerful low strike against the back board to make it 1-0.

Then Scotland went 2-0 ahead. Charlie Jack popped up at the far post with the finish after a sensational run by Pearson to create the chance.

Scotland nearly scored a third when Hughson did superbly well to control a difficult ball, but his quick-fire shot on the turn zipped just wide.

In the final quarter Scotland extended their lead on a swift counter attack when Hughson slipped the ball past the keeper to Tweedie, who slotted it into the empty goal to make it 3-0.

Then the impressive Pearson tore down the England baseline but his pass across goal couldn’t find a Scottish stick for a fourth goal.

Sam Knight made it 4-0 for Scotland with a superb finish high into the net, before England broke forward and pulled one back through a Joe Cotton finish from close range. 4-1.

England U19 girls came out as the winners in the opening match against Scotland in the GB&I 4-Nations in Peffermill.

The early pressure in the contest came from England but the Scotland defence stood strong in the opening stages.

The pressure told however, and it was England who took the lead when a close range finish from Kirsty Harris slammed against the back board for 1-0.

Scotland settled into the game after the opening goal and began to probe the English D. A much higher press allowed the Scots to fire passes into the circle but England defended well and kept them at bay.

As the opening quarter reached a close an England counter attack saw the visitors bag a second. Jess Buchanan was out quickly to block the first effort but the rebound was slotted home by Chloe Plumb to make it 2-0.

Scotland’s high press saw them control the second quarter with Faith Joubert and Lucy Smith making an impact on the contest.

Despite the promising pressure from the Scots they were unable to fashion any clear opportunities to have a shot on goal.

As the quarter came to a close England managed to win back-to-back penalty corners but Buchanan in goal was Scotland was equal to the efforts.

Both teams emerged for the second half with purpose but found their efforts cancelling each other out. The defending of both teams was resolute and did a solid job of reducing circle entries.

A tremendous save by Buchanan right at the end of the quarter stopped a third goal for England. The goal looked all but certain then the keeper managed to scoop the ball off the end of an English stick right on the goal line.

England won their fourth penalty corner in the final quarter but like the three before it the Scotland defence was solid and cleared the danger.

Scotland went all out attack as the quarter progressed and some excellent pressure forced a last gasp clearance by the goalkeeper as the Scots looked to force the ball over the line.

A short time later the Scots earned a penalty corner but the routine saw the final effort from Ava Smith go wide of the mark. 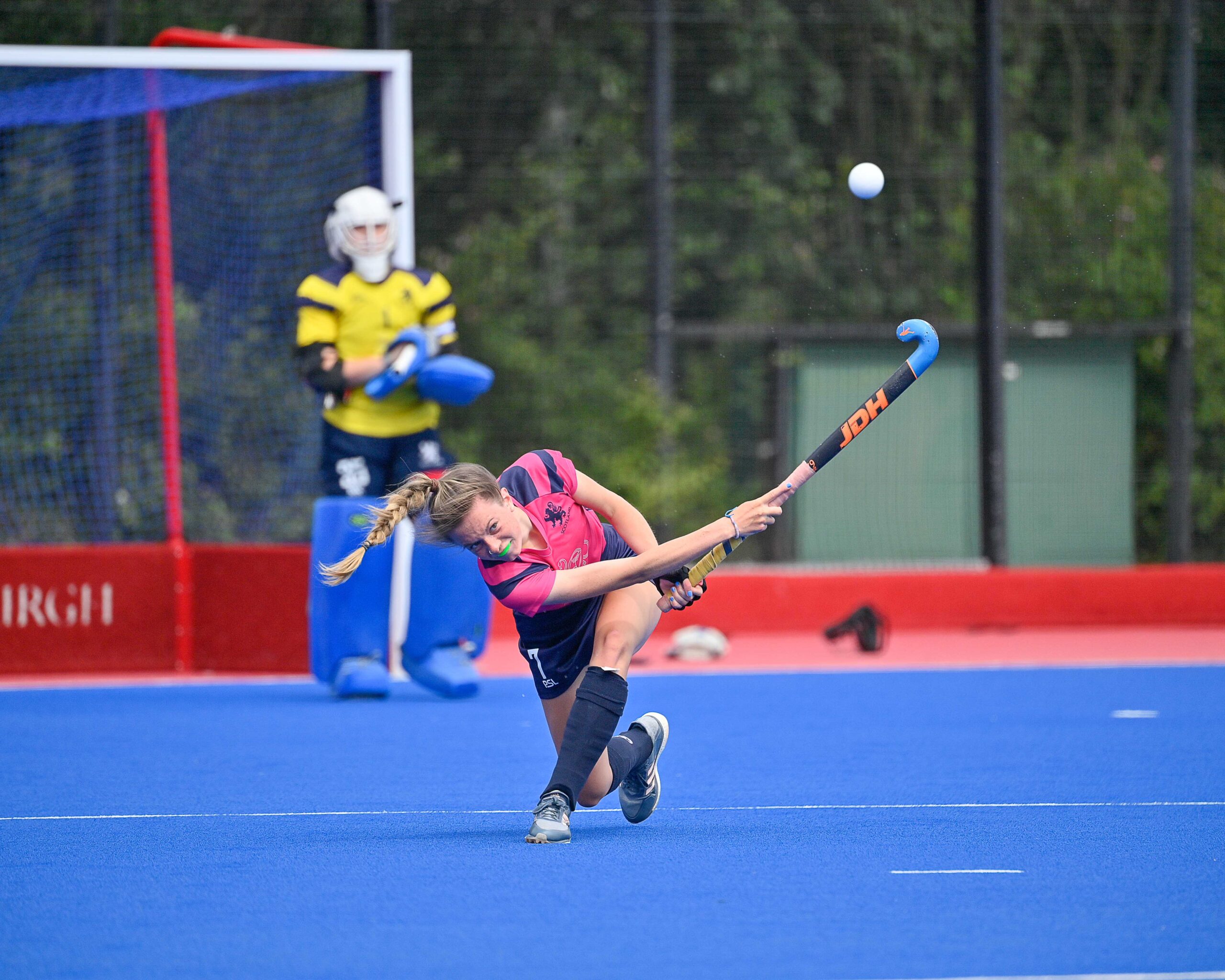