Double up today in Wrexham at the U19 Great Britain & Ireland 4-Nations tournament, but both the boys and girls had to do it the hard way by coming back from being behind. The girls were one down but recovered to win 3-1, the boys were even more resilient by turning round a two goal deficit to finish 3-2 ahead.

Being two goals adrift at the interval certainly focusses the mind and the Scots youngsters certainly responded with effect by finishing the contest 3-2 up.

The Scots lost a goal in each quarter of the first half, but might have reduced the deficit had Jamie Croll`s goal-bound effort not been cleared off the line. In addition, the Scots had a couple of penalty corners but again nothing came from them.

Then up stepped Charlie Jack into proceedings, but he started off as the sinner when his spot effort was saved by the Welsh keeper. The Inverleith youngster then turned saint with a hat-trick of penalty corner drag flicks to secure the three points.

However, the match proved to be a tousy affair throughout. The Welsh barely played any of the match with a full complement with a flurry of yellow and green cards in every quarter. Further Watsonians` Euan Burgess seemed to take the brunt of the treatment as he was battered about on several occasions.

The Scots kept their cool and took the points.

The Scots youngsters started off today`s contest the way they finished yesterday`s 4-0 win – a high tempo and creating several chances but their efforts were thwarted by some good defending by the Welsh keeper and her colleagues. The first quarter ended goalless and that despite three Scottish penalty corner opportunities.

The Scots then had a great chance to make the opening, Ellie Stott rounded the keeper but was subsequently brought down, unfortunately Ava Smith`s resulting spot effort was well blocked by the keeper.

Keith Smith`s charges had all the possession and pressure in the first half but could make no scoring breakthrough.

Sod`s Law, after all the dominance, it was Wales who took the lead against the run of play – the result of a scramble following a penalty corner and a final miscue entered the net.

Undaunted, the Scots youngsters responded immediately, less than 30 seconds into the final quarter a counter-attack saw Ava Smith carry the ball into the circle and her reverse stick shot was directed home on the line by Jenn Tait of Erskine Stewart`s Melville for the equaliser.

Three minutes later the Scots were in front and it was Tait again on target – Smith`s penalty corner shot was blocked, the rebound fell to Grace Drummond and this time Tait deflected her shot high into the net.

The third soon followed, Anna Hoolaghan sent the ball into the circle, there resulted a bit of a scramble and Watsonians` Molly Morris was on hand to provide the final touch.

After the match coach Keith Smith remarked: “I’m very pleased with the performance, we matched the high tempo of yesterday and the girls responded really well.

“In particular they responded well to the setback of the Welsh goal, so it was a very promising and mature performance. Special mention today of the work rata of Zara Mason, her contribution created a lot of chances throughout the game.” 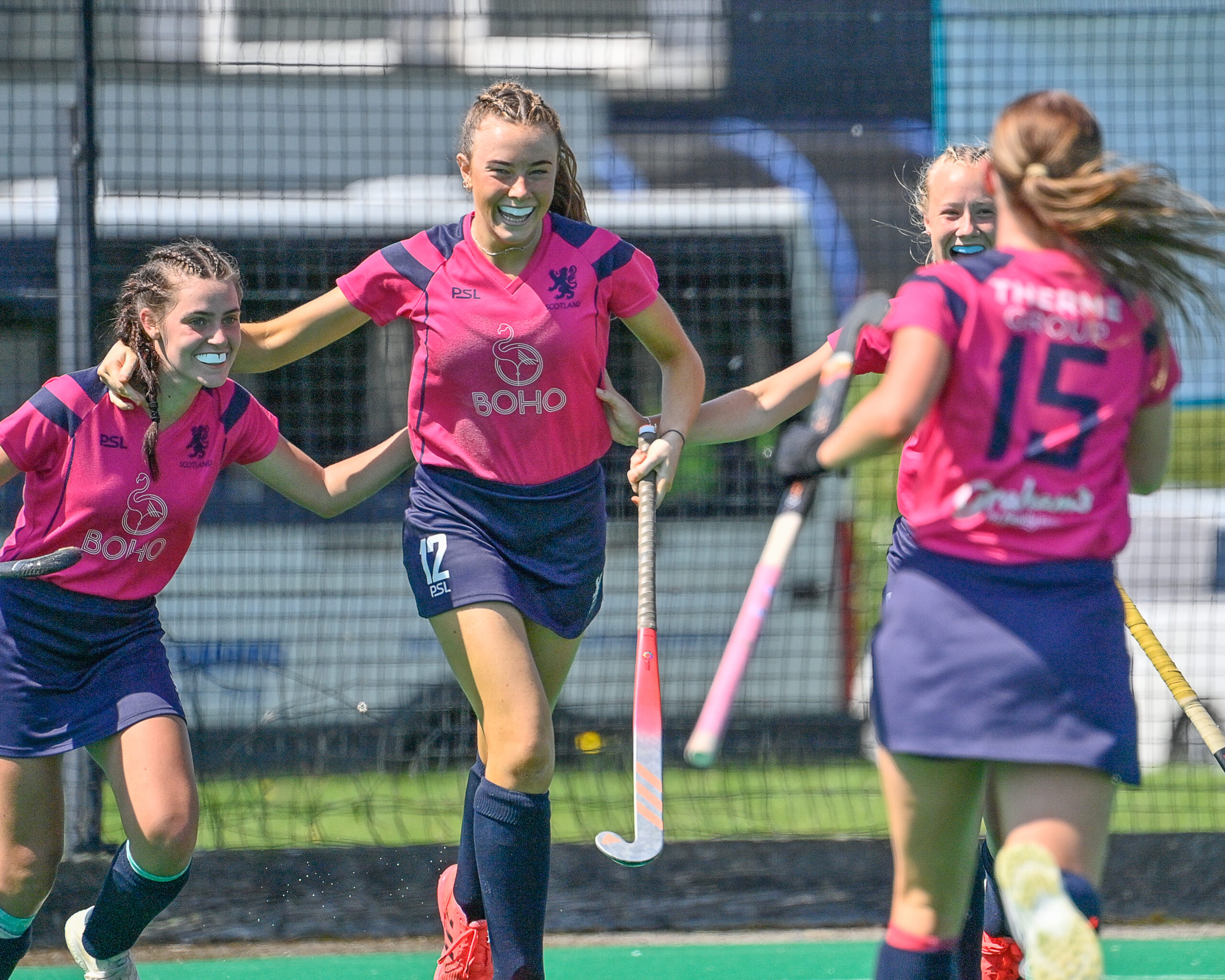