Glory for Glasgow and despair for the Dundonians

Home » News » Glory for Glasgow and despair for the Dundonians

Despite the turmoil of high winds and low temperatures, some Scottish Cup matches still went ahead, including the one at Garscube between Glasgow University and Grove Menzieshill, although Grove Menzieshill may ultimately wish it hadn’t.

In the first quarter things were even between the two teams, but then the match started to warm up in the second quarter, when the fans helped the Uni team bring Grove Menzieshill out in a sweat. Goals by Patrick Mayne and Cameron Banks took Glasgow University to a 2-0 lead. Nonetheless, the Dundonians soon fought back, to bring it to 2-1 by the end of the first half.

The second half brought plenty of chances for both sides, although neither team could find the net. The final quarter was end-to-end, including three corners from Grove Menzieshill in quick succession, with the Dundonians failing to score on each attempt. Towards the end, the Glasgow boys broke away but were unable to find another goal. In the final minute of the game, Grove Menzieshill scored from a short corner to make it 2-2, only to be denied by the umpires, who ruled that the ball had not left the D. The goal was overturned and Glasgow University achieved their sought-after upset.

Meanwhile, in Arctic conditions in Edinburgh, Grange turned on the heat, with a 5-1 victory over Watsonians. The holders went ahead early in the second quarter when Duncan Riddell fired a low shot into the net from the top of the circle.

Grange then doubled their tally with a direct flick by Fraser Heigh at a penalty corner. However, Watsonians came back into the contest when Dan Coultas slammed home a rebound from his own penalty corner shot for 2-1.

Grange were able to confirm their superiority in the second half with three further strikes: Heigh converted another penalty corner; a diving Jacob Tweedie scored at the far post; and finally teenager Murray Banks, on his debut, completed the scoring with a tap in after Riddell had set up the chance.

No problems either for Edinburgh University who beat Clydesdale 5-0 in another all-Premiership clash. The goals came from Hamish Imrie, Robbie Croll, Keir Robb, Tom Cahalin and Guy Rowson.

There was no giant killing in Edinburgh as National League leaders Erskine Stewart`s Melville failed to take advantage of a home tie and went down 4-2 to Premiership Dunfermline Carnegie.

The first quarter ended in a 1-1 deadlock; Aidan McQuade put the Fifers ahead at a penalty corner, only for Richard Wright to level in the same way. But by the interval Dunfermline had advanced the score to 3-1 courtesy of another two set-piece conversions by McQuade, for his first half hat-trick. The tie was sealed when Michael Ross added a fourth with a sweep into the net and although the Edinburgh side scored again, with a vicious shot into the roof of the net, it proved only to be a consolation.

Erskine Stewart`s Melville might be struggling a little in the Premiership, but they advanced into the quarter-finals of the cup with a 3-1 win over Grove. The scorers were Sophie Atherton, Emily Moran and Jennifer Tait.

In the final late game, between Edinburgh University`s third string and Premiership Wildcats, Kaz Cuthbert remarked, “Against the elements, we decided to play the match. Edinburgh Uni 3s were stoic in their defence in the first half. Special mention to their keeper.”

The result was that the first half was goalless.

However, within a couple of minutes of the restart, Becky Ward put the Cats ahead with a screamer, and that opened the floodgates. Wildcats rattled in five in the third quarter. After Ward`s opener, Amy Grassom, Lucy Sillars, Sue Campbell and Kate Holmes all contributed to a 5-0 lead. In the final quarter, Ward added another for a comfortable 6-0 win… in the end. 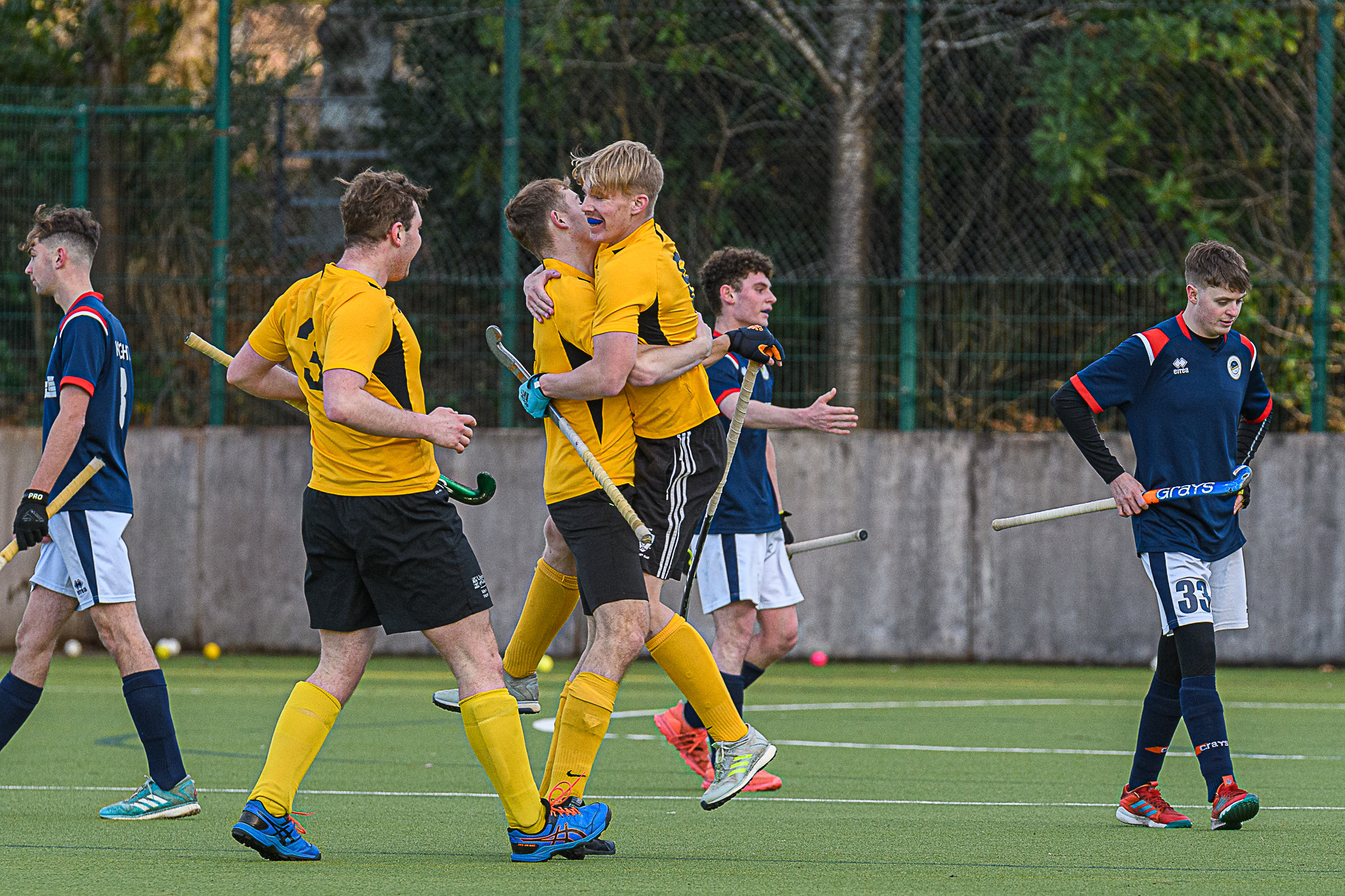