Team Scotland and Scottish Hockey have announced the men’s and women’s hockey squads to represent Team Scotland at the Gold Coast 2018 Commonwealth Games.

The announcement was made at Glasgow’s Kelvingrove Art Museum and Art Gallery with members of both squads in attendance.

Hockey will have both the men’s and women’s squad competing at Gold Coast 2018 with 36 athletes representing Scotland at the Commonwealth Games.

Scottish Hockey CEO David Sweetman said, “We’re incredibly proud to announce such exciting hockey squads for the Gold Coast 2018 Commonwealth Games, and I’d like to offer my congratulations to all the athletes selected. This announcement is a great testament to all the hard work and dedication shown by each athlete in the squads.

“Our players and staff are fantastic ambassadors for hockey and we look forward to cheering them on as they compete in Australia; and we wish the whole of Team Scotland the very best of luck for April’s Games.”

2017 was an incredible year for Scotland’s men’s hockey team. The Blue Sticks will be looking to carry their exceptional form from last year, where the team won EuroHockey Championship II and qualified for the World League semi-final, into 2018.

Excitement has been building in anticipation of the Gold Coast Commonwealth Games following the draw for the tournament. Scotland men have been drawn in Pool A with Australia, New Zealand, Canada, and South Africa. Men’s Pool B has India, England, Malaysia, Pakistan, and Wales drawn together.

Derek Forsyth said, “The players worked exceptionally hard throughout selection and I’m pleased with the squad we’ve selected. We have a great blend of youth and experience in our team and our players and staff are looking forward to representing Team Scotland in the Gold Coast.

“We’re looking forward to our upcoming test matches against England as these will be the last matches we play before the Gold Coast.”

Harwood said, “I am absolutely delighted and honoured to have been selected to represent Team Scotland in the 2018 Commonwealth Games. I set myself the goal of reaching the games back in 2015, and for a while I didn’t think it was going to be possible – it hasn’t fully sunk in yet. It will be a proud moment for myself and my family and I can’t wait for the tournament to get under way. ”

Scotland women have been drawn in Pool B at Gold Coast 2018 against Australia, New Zealand, Canada, and Ghana. Women’s Pool A has England, India, South Africa, Malaysia, and Wales drawn together.

Sarah Robertson, who recently surpassed 100 joint-caps for Scotland and GB while playing for GB in Argentina, is in the squad as is her fellow GB athletes Amy Costello and Nicola Cochrane. Lucy Lanigan also makes the squad after catching the eye in the recent warm-weather camp in Gran Canaria, where Scotland women clocked up four wins from five against Wales in a test series.

The Tartan Hearts have a two-match test series against Ireland in Glasgow on the horizon as the squad prepares for Gold Coast 2018. Over 1,000 school children from all over Scotland will cheer the team on at the two matches and give the squad a huge support as they set off for Australia.

Scotland women’s Head Coach Gordon Shepherd said, “The level of competition within the squad at the selection camp was excellent, and this left us with some difficult decisions to make, but we are extremely pleased and excited with the squad we have selected.

“Every player wants to represent Scotland at a Commonwealth Games as it’s the only multi-sport experience they will get playing for Scotland. The squad has a balance of experience and youth and there has been a big turnaround in personnel since Glasgow 2014 – only five players who represented Scotland then are selected for the Gold Coast.

“We have been very fortunate to have had great support from sportscotland and Scottish Hockey to have our players available for periods of full time training, and I and the players are extremely thankful for that support.”

Find out more about our international players HERE

Interested in playing hockey? Find a club near you HERE 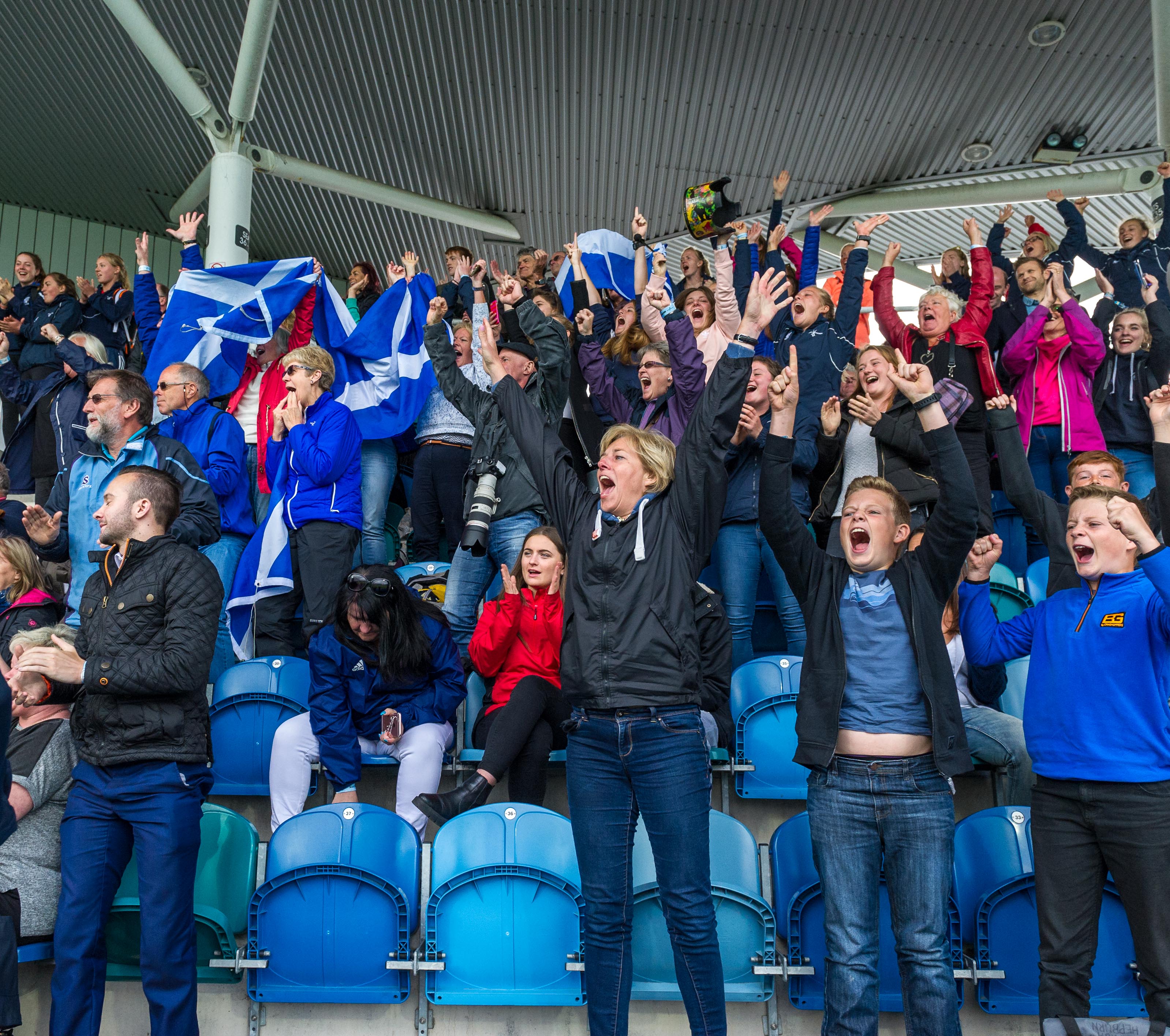