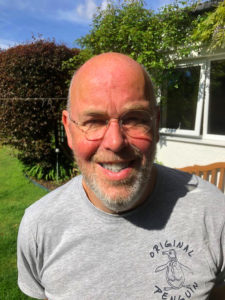 Martin has been a long-term member of Grange Hockey Club. In his over 35 year association with Grange he has held many roles from player, Club Captain, Club Secretary and hockey representative to the Club Board.

Currently Martin is the Honorary President of the club’s men’s hockey section (a position he has held for 15 years), is Head of the Junior section, and is the 1st XI Manager (which includes 6 different EHL or EuroHockey tournaments). He is also Vice-

Chairman of the Grange Club (which encompasses hockey, cricket, squash and tennis). Martin is currently on the Management Committee and Premiership Management Group of Scottish Hockey.

In his career Martin worked in the oil industry for over 30 years, initially with Shell and latterly with Wood Mackenzie – an Edinburgh based research and consulting group. In his time as a management consultant he was involved with organisations of all sizes helping them with business decisions, from board rooms to operational teams. Martin was Operations Manager in the consulting group, which meant running a team of consultants and providing the link with an external legal team.

Now retired, much of Martin’s energy is devoted to hockey – and an occasional round of golf. 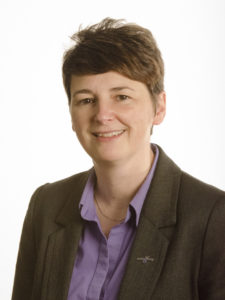 Angie has been involved in hockey since her school days and currently both plays and is a committee member for Aberdeen Bon Accord MBC Hockey Club.

Angie’s specialism lies in her nearly 30 years’ experience in IT and Project Management and she has worked in both the private and public sectors.  She is currently IT and Operations Manager for a law firm in Aberdeen and is leading the development of Scottish Hockey’s central CORE system, incorporating club membership and competitions. 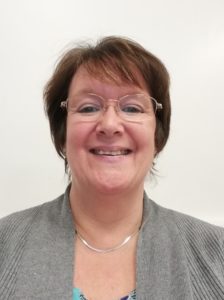 Barbara is currently graded as the highest-ranking Technical Official in Scotland by the FIH.  She has also served as judge for the Olympic qualifier in Beijing, the World Cup in Rosario, Argentina, a National Technical Official at the London Olympics, TO at Glasgow 2014 and Technical Delegate for the RABO EuroHockey Championships in Amsterdam in 2017.  She serves on the Education committee (working group officials) of EHF and is an FIH Academy registered Educator for Officials. 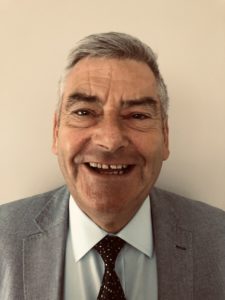 Stewart is the former Managing Director of Gilmour Sports, driving Gilmour Sports to becoming one of the most respected Independent Sports Retailers in Scotland. Stewart was the Chairman of St Mirren football club for 18 years, leading a turn round of the club, returning the club to the Premier League, delivering a new Stadium, ensuring financial stability and establishing St Mirren as a club at the centre of their community. Earlier in his career Stewart has heavily involved in hockey including time as Captain of Kelburne, West District President, National Team Manager and as an International Selection Convenor. He also sits on the committee of Western Gailes Golf club. 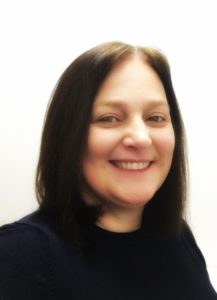 Before working in Scottish Government,  she spent 12 years working for NHS 24 in senior roles for strategy, corporate planning and Project Management. She previously worked for Britannic Asset Management in IT and E-business. A former Manager of the Scotland U16 Team, her three children are all active hockey players, with her youngest daughter having represented Scotland from Under 16s through to Under 21s. A non-playing member of GHK Ladies, but with split loyalties with both Hillhead Men and Ladies, Justine is also an occasional umpire. 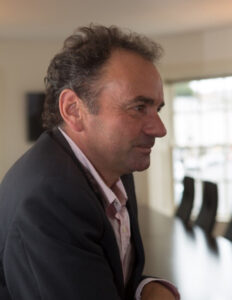 Stephen Martin is a two time Olympic Medal Winner including an Olympic Gold Medal as part of the GB Hockey Team from the Seoul Olympics. Stephen represented GB at three Olympic Games and has 229 International caps. He has spent over 20 years working as a high performance sports administrator and business consultant. He has held a number of senior roles within the British Olympic Association including Deputy Chief Executive and TeamGB Deputy Chef de Mission. He currently runs his own coaching and performance business.

Jamie Carnegie is the Director of Hockey at St Andrews’s University and is the Scottish Representative on the British Universities and Colleges Hockey Steering Group. Jamie has previous experience working for Scottish Golf in their performance department. He has helped St Andrews increase their youth coaching programme and their performance programme. Jamie has coached within our pathway in the Regional Performance Academy and was Scottish Hockey Coach of the year in 2015.  He is currently the Midland District President and is an active player at St Andrews University and previously represented Grove Menzieshill domestically and at both the EHL and indoor European Competitions. 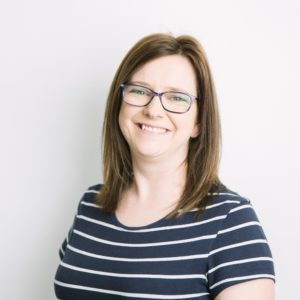 Karin is an experienced learning and development professional, who has worked in the private, public and third sectors.  This includes 12 years at NHS National Services Scotland (NSS).  Here she implemented and managed a large network of learning centres across the country, and developed a strategic corporate induction and learning plan, delivering and commissioning a broad range of staff training and eLearning opportunities.

In her current role at Children in Scotland she leads the learning and events service, which delivers 250 annual learning and membership events for the children’s sector workforce. As the child of a ‘hockey marriage’, it is no surprise that Karin has been involved in hockey for 30 years, as a player, captain, coach, umpire and fundraiser. She is a former winner of the Scottish Hockey Volunteer of the year award.