Grange lift the men’s Scottish Cup to complete the treble

It was a day of tremendous cup final action at the Glasgow National Hockey Centre as Grange lifted three trophies including the Men’s Scottish Cup. There were final victories Dunfermline Carnegie; Hillhead 2s; Western Wildcats 3s in an excellent day of hockey.

Grange completed the treble when they beat Grove Menzieshill 4-3 to win the Men’s Scottish Cup at the Glasgow National Hockey Centre.

It was a very even and competitive opening to the match with neither side able to create a clear-cut opportunity. The first chance eventually went the way of Grove Menzieshill at a penalty corner and it was Cyril Varghese who almost forced the ball over the line.

It was the Dundonians who took the lead from a well-executed penalty corner. Cameron Golden gets the credit when the ball was slipped left to him and he zipped it into the net through the charging defence. 1-0.

Grove Menzieshill played with flair and confidence as the half progressed but Grange started to creep back into the contest.

Some inventive play by Dan Coultas won Grange a penalty corner and it was drag flick expert Coultas who stepped up to finish clinically to level the score. 1-1.

The goal saw Grange start to move through the gears and they added a second as half time approached. Cammy Fraser arrived at the top of the D and smashed it low into the bottom right corner to make it 2-1 to Grange.

Into the second half and Grove Menzieshill bagged their equaliser. Jamie Carnegie injected a penalty corner and the ball found its way back to him to knock the ball home for 2-2.

The longer the game progressed the more nervous the match became, but it was Grange who found the net next. The ball was smashed across goal from the right and Todd Mills popped up at the far post to convert a difficult chance high into the net for 3-2 to Grange.

The goal galvanised Grange and they scored another soon after. Shepherdson passed to Duncan Riddell and he found the back of the net to go 4-2 ahead.

Jamie Golden struck the post from a drag flick as Grove Menzieshill went seeking a goal to come back into the match. The next flick found the back of the net and it was Golden who dispatched a low shot against the backboard.

Grange did well to hold onto the ball as the match came to a conclusion and they secured a domestic treble with another trophy lift at the Glasgow National Hockey Centre.

It was an action-packed first half with both sides hunting, and finding, the back of the net.

Highland got off to a great start and struck the opening goal through Gavin Allan.

After Highland took the lead Dunfermline Carnegie found their groove. They looked in great form as the half progressed and managed into a 3-1 lead. Euan Habrouitsky scored their equaliser from the penalty spot before Robert Gillespie and Steven Glass found the net.

The second half saw Highland battle back into the contest. Iain McFadden struck and then Freddie Swift equalised with a glancing effort to take the ball past the goalkeeper for 3-3.

Carnegie issued a solid response and took the lead again when Doyle dispatched a penalty corner drag flick into the net to make it 4-3.

The Carnegie two-goal advantage was restored when they made it 5-3; an excellent first save saw the ball fall nicely for the Paul Weston who anticipated the chance well and scored from close range.

McFadden scored his second drag flick of the match to give Highland a fourth and pull it back to 5-4.

Habrouitsky then made it 6-4 for Carnegie with a far-post tap-in after good build up by Steven Glass.

It went to 7-4 with just a few minutes remaining when Robert Gillespie tapped-in unmarked at the far post.

Doyle sent another drag flick into the corner to bag his hat-trick and Carnegie’s eighth before they Ethan McQuade slipped home a ninth on the hooter for a big result.

It was a dramatic Men’s District Cup Final between Kelburne 2s and Grange 2s with Grange eventually lifting the trophy with a running penalties victory at the Glasgow National Hockey Centre.

Grange 2s looked good from the outset and went on the attack with Logan McClure doing well in goal to keep Grange 2s out in the early stages.

Although Grange 2s were dominant, it was Kelburne 2s who grabbed a goal against run of play. Ewen Carmichael struck from a penalty corner in the 32nd minute to give the Paisley side a 1-0 lead.

Grange equalised in the second half with an excellent penalty stroke by Marcus O’Brien; dispatched low into the right corner. 1-1.

Kelburne thought they’d taken the lead again when a lovely penalty corner routine hit the net but the shot was too high and the goal was disallowed.

The goal for Kelburne came soon enough and it was slipped under the goalkeeper from close range by Rory McClure for 2-1.

Grange equalised again soon after and it was Alex Riddell who squeezed the ball home for 2-2.

The match then went to running penalties and a shootout eventually saw Grange 2s run out as winners of the Men’s District Cup.

The Men’s District Plate Final was an absolute goalfest as Hillhead 2s won 6-3 against Glasgow University in a sensational final.

A low smash into the backboard by Leo Howes made it 2-0 before Grant MacMillan brought it to 3-0 when he forced the ball home at close range.

It went to 5-0 at half time with goals by Andrew Sinclair and Hilton to give Hillhead 2s a great lead.

Glasgow Uni 2s pulled one back with a nice finish into the roof of the net by Sean Horgan before Matthew Carder bagged another to make it 5-2.

Hillhead 2s struck again through Ruari Thomson before Matthew Balmer scored for Glasgow Uni 2s to complete the scoring at 6-3 to Hillhead 2s.

The all-Grange affair in the Men’s Reserve Cup final was won by Grange 4s with a 3-1 victory over Grange 3s.

Grange 3s edged the early play in what was a nervy opening to the match. Kieran Berrington was on hand to make it 1-0 to Grange 3s with a great goal to open the scoring. There was a nice spin in the build-up and good composure to pass for a tap in. 1-0.

Out of nowhere Grant Martin found an equaliser for Grange 4s and he converted to make it 1-1 and drag his side back into the contest.

The game completely changed after the equaliser and Grange 4s took control of the match.

Douglas Meikle scored a sensational double to make it 3-1 to Grange 4s and win the Reserve Cup in Glasgow.

Kelburne got off to a good start and knocked the ball around confidently but the first opportunity of the game went to Western Wildcats 3s; it came through a penalty corner which was cleared off the line.

Before long it was 2-0 and Roddy MacCallum smashed the ball home to double the lead.

Into the second half and a great chance fell for Kelburne 4s after the restart but the goalkeeper made a good save standing tall to stop a one-on-one.

Western Wildcats 3s did get their third goal and it came through a rebound at a penalty corner, converted by Scott Anderson, to make it 3-0. 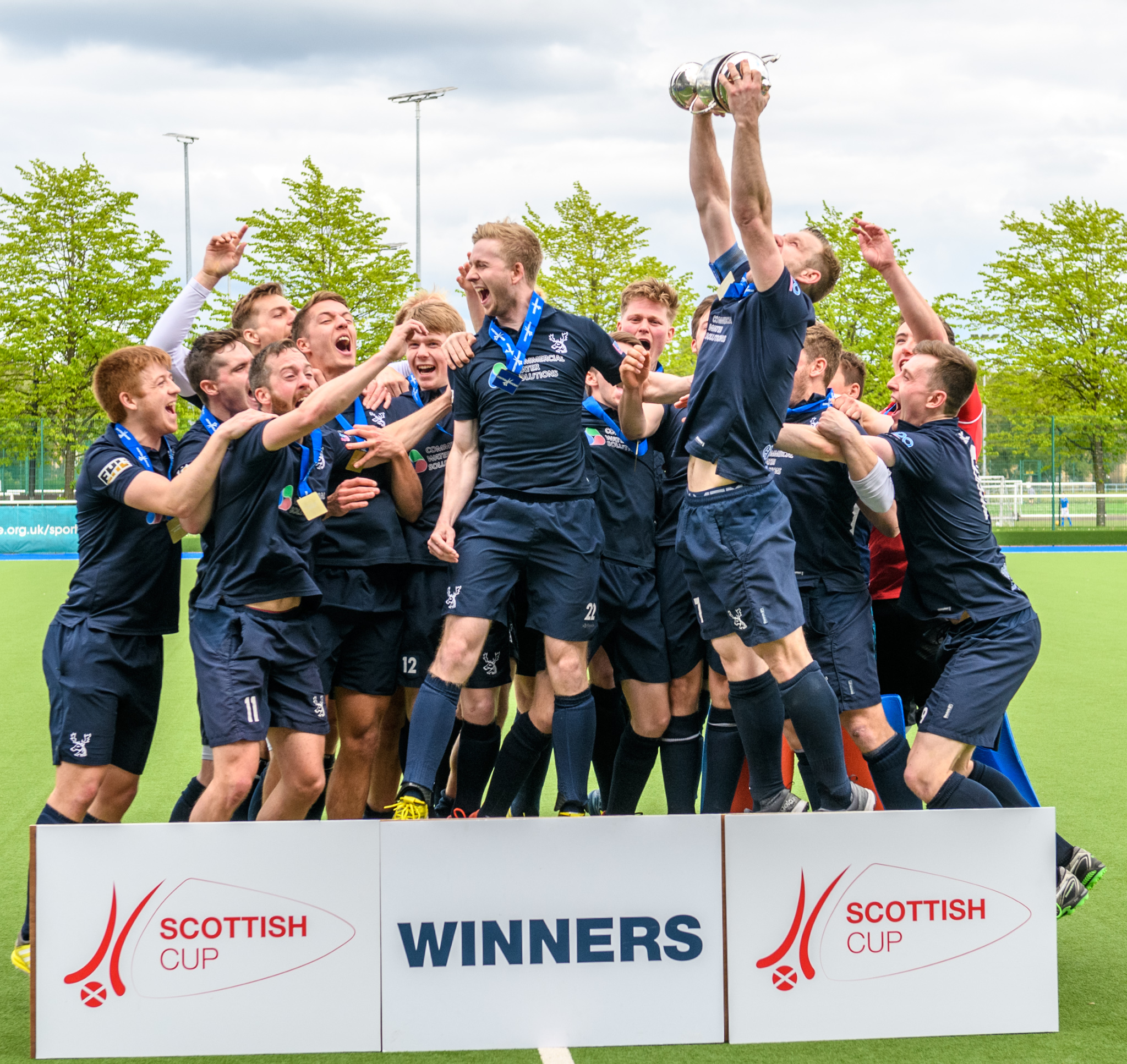