This was Grange`s first real test of the season and they survived the challenge with a 2-1 win over local rivals Edinburgh University. The result means that the champions retain their three point lead at the top of the Premiership while the students drop back to fourth.

All the goals came in the third quarter from penalty corners, Ben Pearson opened for Edinburgh but shortly after a couple of set piece strikes from Dan Coultas took Grange over the line.

Grove Menzieshill are still in second spot after a 3-0 win over Tayside rivals Dundee Wanderers. By half-time the `Hill were two up through Luke Cranney and Albert Rowling from a penalty corner. The result was confirmed in the second half, at a penalty corner the ball rebounded off a post, there was then a goalmouth scramble and Ben Cosgrove popped up to slide the ball into the net.

Western Wildcats clawed their way into third spot after a 1-0 win over Watsonians at Auchenhowie. The winner came in the first quarter through a penalty corner strike from Andrew McConnell, and while Western Wildcats had other chances to increase their tally, no further goals ensued.

Uddingston emerged victors of an eleven goal thriller at Bothwell Castle Policies against Kelburne to clinch fifth place in the table. Campbell Couglan scored twice while the other goals came from Johnny McDonald, Andrew Lochrin, Chris Boyle and Jon Jo Lavin in a 6-5 win.

It`s all change at the top of the women`s Premiership, leaders Dundee Wanderers went down 6-0 to champions Edinburgh University while Clydesdale Western`s 12-0 win over Grove Menzieshill propelled them to the top of the table on goal difference.

Clydesdale defeated Grove Menzieshill at Titwood with a round dozen, there were hat-tricks for Naomi Harkness and Heather Lang while Jenny Eadie got a couple in a one-sided encounter.

At Peffermill Wanderers lost their unbeaten record to the Edinburgh students who moved up to third in the table. Former Scotland striker Amy Brodie got two while Louise Campbell, Hanna McKie, Laura Swanson, and Jenny Walls got the others.

Western Wildcats clawed their way back into title contention with a 3-0 win over Watsonians at Auchenhowie. The home side were two up after ten minutes, Rona Stewart opened with a reverse stick strike after the Watsonians` defence failed to clear the danger, then Ava Smith stole the ball off a Watsonians` defender, calmly rounded the keeper and placed the ball in the net.

On a side note Western Wildcats` player/coach Kaz Cuthbert announced that the club had raised over £2K for Breast Cancer at the club`s charity day.

In the second half the third goal emerged from a breakaway, the attack was a team effort and Rachel Bain finished off the move.

Hillhead moved further up the table with a point from a 2-2 draw with GHK, for the latter Carly Bisset scored twice.

Glasgow University finally moved off the bottom rung with a 2-0 win over Merlins Gordonians in Aberdeen, both goals came from Heather Croll. 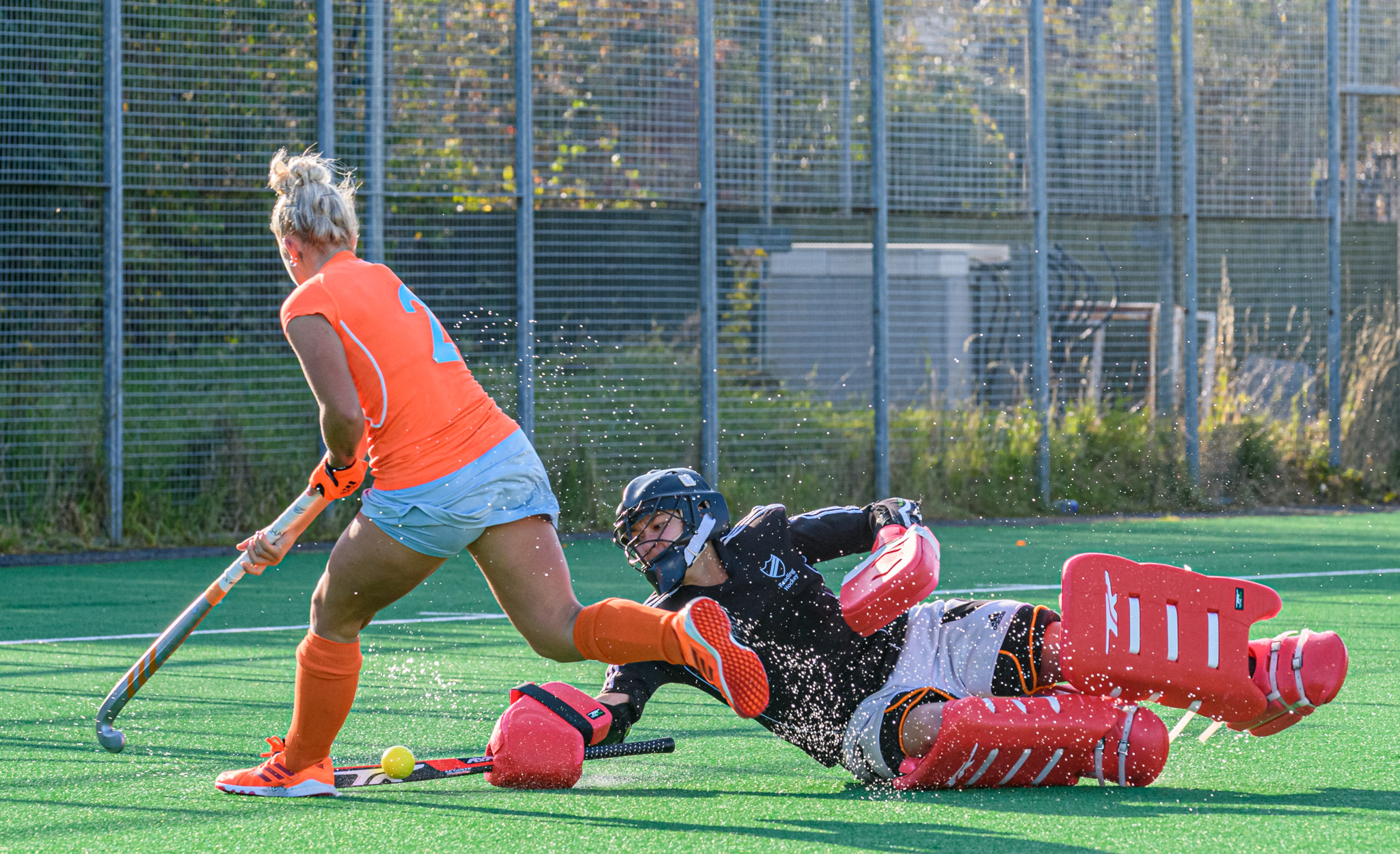