Last weekend saw Aberdeen host the annual 4 Nations Tournament for Grand Masters with, for the first time, an event for non-international teams called the Tournament Trophy.

All the competitions saw Scotland teams (the Thistles participating in the Tournament Trophy) compete against opposition from England, Ireland and Wales.

For the Scottish teams there were some significant performances and highlights:

Adam McInnes’ O60 squad played one of their best games in their final match to secure a 1-1 draw against England setting the bar high for the European Championships in Belgium next month.

Reports on the O60 tournament are here

A strengthened O65 squad, three weeks after finishing below both Wales and Ireland at the Celtic Cup turned a 6-1 defeat to Wales into a 2-1 victory and completed the tournament second to winners England.

Reports on the O65 tournament can be read here

The O70 team turned in three very credible performances in the tournament. They had also lost to the Welsh in the Celtic Cup (3-0) and were very close to turning this around but could not capitalise on their scoring opportunities and lost out to a single penalty corner goal.

Reports on the O70 tournament can be found here

The Scottish Thistles have raised the expectation of Scottish teams at Tournament Trophy events in recent years with a silver medal at the World Championships in Barcelona and then a gold medal at the International SuperVets Tournament in Tilburg in April. After a strong first match, the Thistles did not quite manage to reproduce their top hockey in the following two matches and ended up runners up to the undefeated England LX team.

Reports on the Thistles performances in the Tournament Trophy are here

All the teams are building up for their European Championships in Brasschaat, Belgium from 19th -29th June. 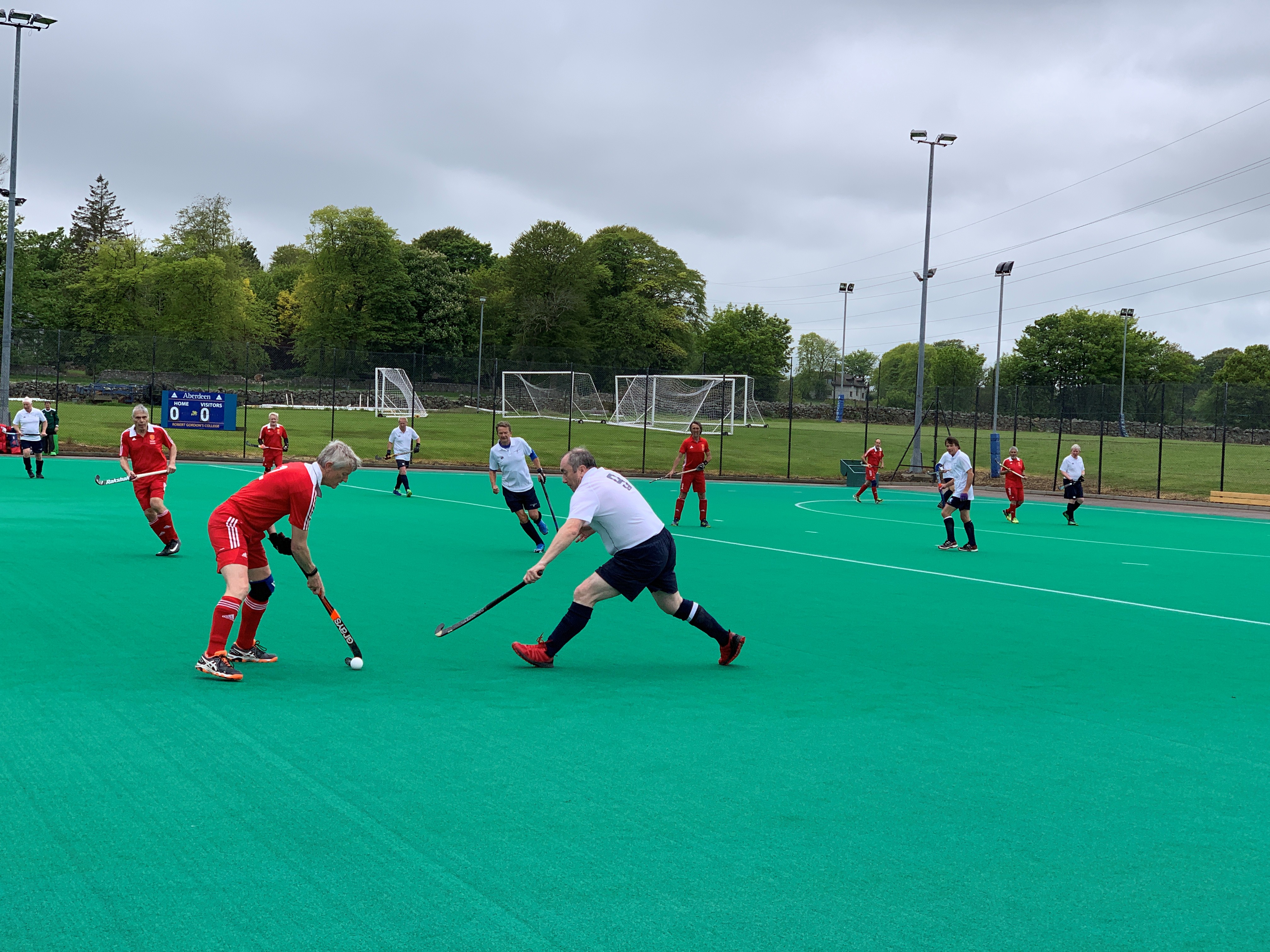