A fantastic final saw St George’s School crowned Junior Girls’ Cup champions after a 1-0 win over George Heriot’s School; while a sensational performance and victory by Fettes College saw them win the Junior Boys’ Cup with a 9-0 victory over Strathallan.

Edinburgh Academy took home the Junior Girls’ Bowl with a 3-0 victory over Fettes College in a very close and competitive match.

A tremendous atmosphere sent both sides into this contest to give it their all, and the game roared from end-to-end from the first whistle.

The longer the first half progressed St George’s School began to edge the play. Sofia Rambukkana came close with a low shot that fizzed just past the post.

In the closing minutes of the first half pressure from George Heriots put pressure on St George’s and found the defence resolute to deal with the danger.

St George’s began to apply pressure early in the second half and Ariadna Aso came so close to opening the scoring with an improvised effort, twisting in mid-air and slamming the ball into the ground, but her effort bounced just wide of the post.

Olivia Mason was next to come close for St George’s but her low shot slipped just wide of the mark.

The opening goal eventually arrived when a sensational run and strike by Kate Bole opened the scoring to make it 1-0 St George’s School with nine minutes to play.

It was a tense close to the contest but St George’s School held out to win the trophy in a great final.

A sensational performance and victory by Fettes College saw them win the Junior Boys’ Cup with a 9-0 win over Strathallan.

Fettes College took an early lead after a blistering start. The ball broke up the pitch at pace and it was switched to the far post to be tapped home for 1-0.

It didn’t take long for a second goal. Xavax Cordero made it 2-0 for Fettes with a powerful low shot thundering against the backboard.

In the blink of an eye there was a third; Oscar Tomlyn quickly made it 3-0 with a close range finish.

As the half progressed Strathallan began creating some opportunities and found a solid goalkeeping performance by Vinjero Mhango.

Fettes put down the Strathallan uprising as the half reached a conclusion as Ramsay Macleod made it 4-0 with a clinical finish.

The second half was close and the match zipped from end-to-end. It would be Fettes to score next however. Marcus Pike went on a lovely solo run and launched a reverse shot into the bottom right corner for 5-0.

Matthew Hughson struck from a penalty corner to make it 6-0 to Fettes College eleven minutes into the second half.

A couple of quick-fire goals in the closing stages made it 8-0 to Fettes before a sublime finish by Cordero made it 9-0 at the end.

High School of Glasgow won the Junior Girls’ Plate with a 6-0 win over Selkirk at the Junior Schools’ Cup Finals 2020.

It was a great start to the match for High School of Glasgow when Keira Davidson slipped a low shot into the net for 1-0, and an early lead.

The response from Selkirk was good and they came close from a penalty corner routine, Lily Byers almost found the net arriving at the post after injecting.

It was the side from Glasgow who would score next; Davidson scored again to double High School of Glasgow’s lead with a strike from close range. 2-0.

An excellent save by Selkirk’s Erica Stevenson denied a third for High School of Glasgow, she stopped Eilidh Hill low to her left to pad clear.

Anna McCallum made it 3-0 just before half time with a tap-in after a well-worked move up the pitch from High School of Glasgow.

Selkirk made a good start to the second half but it was High School of Glasgow who struck next when a wicked deflection at a penalty corner found the net for 4-0.

Kirsty Wicklow scored a fifth for High School of Glasgow with a lovely finish high into the Selkirk net 5-0.

Selkirk enjoyed a spell of good pressure in search of a goal. Aela Thomson showed good composure for Selkirk in the Glasgow D but her powerful shot was well saved.

Davidson completed her hat-trick with three minutes to play when she made it 6-0 with another close range finish in a crowded D.

An excellent performance by Merchiston Castle saw them win the Junior Boys’ Plate with a 5-1 win over Stewart’s Melville College.

The game got off to a ferocious start and it was Merchiston Castle who took an early lead with a powerful strike by Glen Crawford in a crowded D.

The Merchiston Castle cavalcade continued as the half progressed and Jamie McCarlie rattled the post from the top of the D.

Then Merchiston’s Freddie Jack made it 2-0 with a nice finish from close range.

Stewart’s Melville College came back into the contest and Hamish Murray sent a lovely drag flick towards the roof of the net but it was well saved under the crossbar.

The left post took a bettering again as Merchiston went hunting for another goal, before an outstanding follow up save cleared the danger.

Right after the restart Merchiston made it 3-0 with a lovely solo run and finish but then Stewart’s Melville instantly pulled one back to make it 3-1.

Crawford struck again for Merchiston from a powerful penalty corner low against the backboard to make it 4-1.

Todd Bargeton made it 5-1 when he forced the ball home at a penalty corner routine that saw the ball bounce frantically in the D.

A penalty stroke was awarded to Merchiston but a sensational save by Ben Burton denied Crawford another goal. It would be the final real chance of the game and it was Merchiston who took the trophy with an excellent win.

Edinburgh Academy took home the Junior Girls’ Bowl with a 3-0 victory over Fettes College in a very close and competitive match.

It was a very tight opening to the contest with neither side giving much away.

Eventually the opening goal arrived. Edinburgh Academy took the lead at the midway point in the opening half after a penalty corner routine was turned into the net by a defender.

The half progressed and there was very little to separate the sides, only the vital goal by Edinburgh Academy, which they held until the break.

After the restart the contest continued to be tight. The longer the second half went on, however, Edinburgh Academy seemed to edge closer to extending their lead.

The ball ended up in the Fettes net after a succession of corners but the goal was ruled out.

The goal would come soon enough and Edinburgh Academy doubled their lead when Jennifer Lane squeezed the ball home at the near post to make it 2-0.

Edinburgh Academy put the game to bed with five minutes remaining when a penalty corner strike took a big deflection and ended up in the net for 3-0.

A good effort by Marissa Maclean almost pulled one back for Fettes but the keeper saved well to deny the goal. In the end Edinburgh Academy held on for the win and were victorious in a great final. 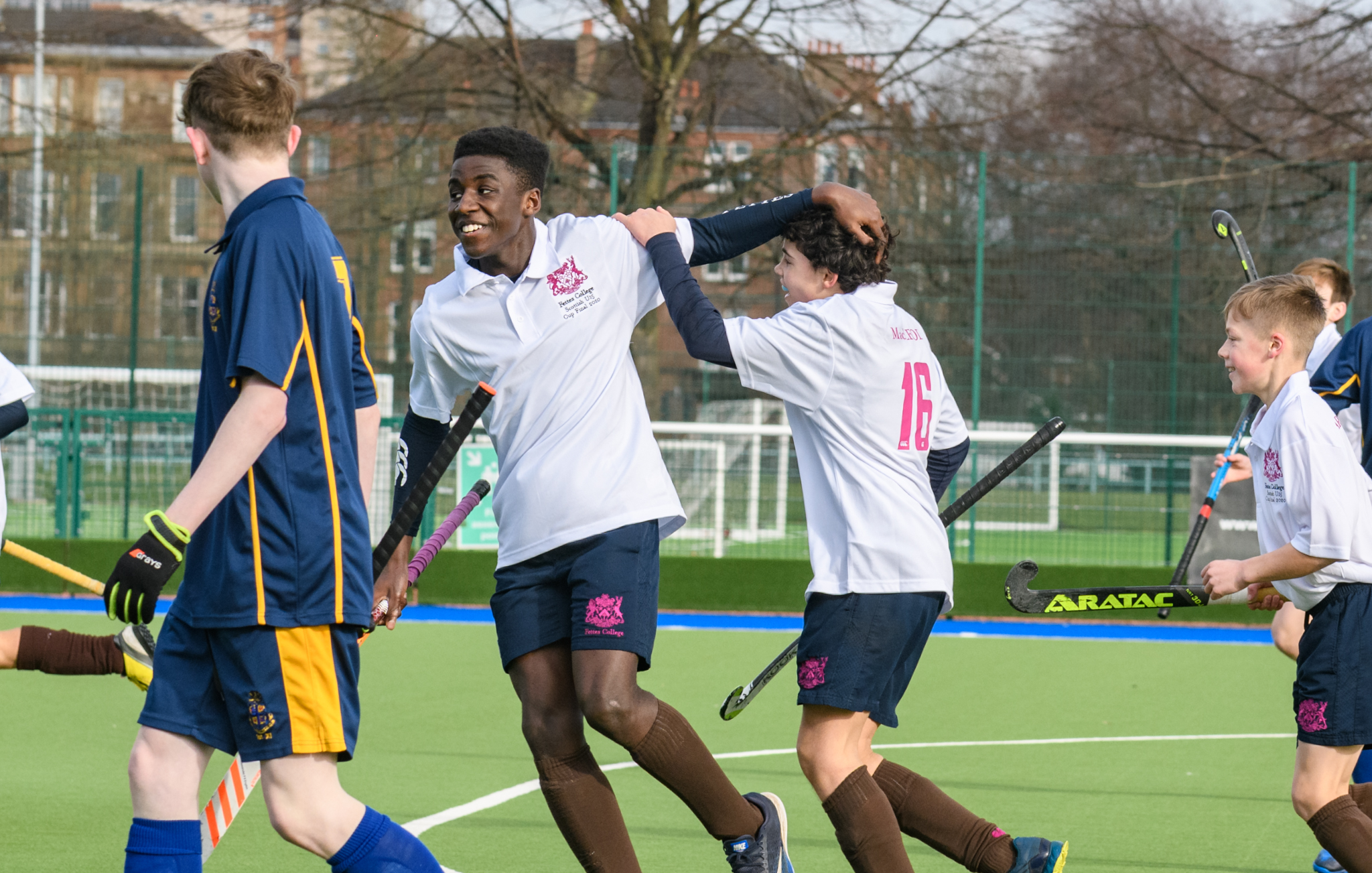