Eilidh Campbell, Emma Lambert and Hana Nasser from the 2020-21 Lead the Way cohort, alongside club Welfare Officer Iona Grant, developed the case study to share with hockey and sports clubs across Scotland to promote and support mental health initiatives within clubs.

Eilidh explained, “Emma and I are both on Lead the Way programme and during one of our discussions we talked about mental health in hockey, especially over the lockdowns, and about what our clubs had done to help members and support people. We had quite a lot to say, as Edinburgh University has done a really good job I think, so we talked about everything we’d done and what worked well for us personally and people we know.

“Then Scottish Hockey got in contact and asked if we’d be interested in putting a case study together on the things we’d done and the impact of them. Then the four of us got involved in different ways to put it together.”

Eilidh and Emma approached Iona Grant and Hana Nasser to help with the case study as they both had a huge role to play in the club’s mental health approach.

It all began when the club started to post anonymous stories on its social media pages detailing members’ personal mental health experiences. People could submit their stories via an anonymous online form and the club began to share them to shine a light on mental health while tackling stigma.

Hana Nasser came up with the original idea and said, “I was doing my Masters at Edinburgh University and I’d always been intrigued about the mental health of athletes. I saw a space that was empty where people don’t really talk about their mental health, especially if they’re an athlete, so I put forward an idea to the hockey club then watched it grow arms and legs. Iona as Welfare Officer took it on with Eilidh and Emma getting involved too, which is great as it’s nice to see it continue even after I’ve left the university.

“I got the idea from the Humans of New York Instagram page – it’s a photographer who goes around New York taking people’s picture then asks them to tell him a story. I thought it would be interesting to do that with a mental health in sport angle.”

Emma was the Publicity Secretary for Edinburgh University at the time the initiative was launched, and added, “Everyone’s reaction from the first post was really great, and because it was an anonymous submission everyone really got on board because they saw it as a really positive step. It was really good to hear what other people were going through, and we may all think we know what’s going on in our club and team, then you start to realise that you don’t. So to hear what was really going on was a really positive step.

“We did it through a Google form, and the link is in every post and on the bio for our Instagram and Facebook. Anyone can post, you don’t have to be anonymous and a lot of people haven’t been, it’s just whether you put your name in or not.”

One of the main findings in the case study is that the Welfare and Inclusivity Officer role at the club has been vitally important to supporting members with mental health, and promoting inclusivity within the club.

Current Welfare and Inclusivity Officer, Iona, explained, “Eilidh and Emma got in touch with me as I’d been fore fronting the mental health campaigning work within the club this year. They told me they were involved in Lead the Way and Scottish Hockey was really interested in all the mental wellbeing things we’d been doing this year, so I contributed some oversight of what we’ve been up to.

“It’s a big role, and looking at the welfare aspect of it – mental health problems are just so common. We’ve all got our own mental health and the stigma that’s still attached to mental health in society today is detrimental to people. As a club it was so important to start tackling the stigma surrounding mental health and what we saw was quite a big step between people coping with their mental health on an individual level, but then a massive jump between that and seeking professional help.

“The welfare officer role helps bridge that gap. I promote all the services that are available in Edinburgh that people don’t even know exist, but I’m also a face that people recognise and I’m somebody in the club that’s there to help them and support them throughout whatever they’re going through. It’s important to put that distinct line in there that I’m not there to solve people’s problems, I’m not a councillor or a healthcare professional, but I’m there to help and lend an ear and promote the services that are available.”

Edinburgh University has been working on expanding the welfare officer role across the full sports offering of the university, highlighting the success of the position at the hockey club.

Recent graduate Hana is now also using her experience to work with her new committee at Watsonians Hockey Club to establish an Inclusivity and Diversity Officer role, showing the importance of roles such as this across Scottish sport. 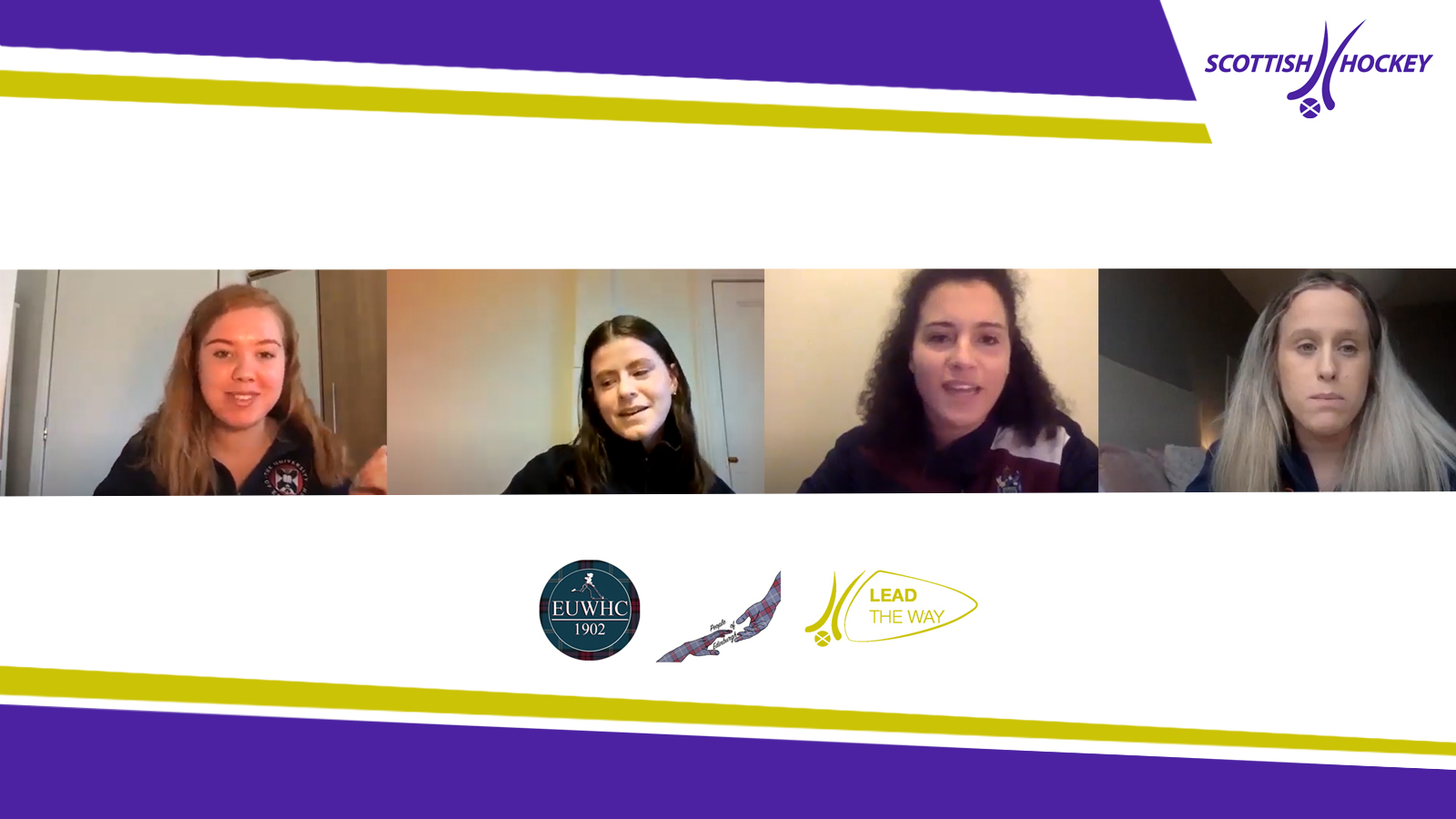