All of the Caledonian Cougars squads competing at the Futures Cup 2019 went home with medals after a successful day in St Albans.

Two gold medal wins at U15 and U17 boys’ levels; one silver for U15 girls’; and one bronze medal for U17 girls’ saw a good end to the tournament for Scottish teams.

A 3-2 win for Caledonian Cougars over Wessex Leopards saw them win the U15 Boys Futures Cup final.

At the start of the second quarter the Leopards opened the scoring when Jack Webb struck to make it 1-0.

On the stroke of half time, the Cougars struck back. From a penalty corner routine David MaCrae found the back of the net to equalise and make it 1-1 at half time.

The Caledonian Cougars’ penalty corner prowess was shown again in the third quarter when Charlie Jack converted to put his side 2-1 ahead in the final.

Another penalty corner strike for Macrae put the Cougars 3-1 ahead but two minutes later it was pulled back to 3-2 when Oakley Sparshott-Thompson struck.

The final quarter was a competitive affair with cards for both teams but there were no additional goals and the Cougars ran out as champions.

Saxon Tigers defeated Caledonian Cougars 2-1 in the Futures Cup U15 Girls final to win the tournament. The Cougars walk away with a silver medal despite an excellent appearance at the tournament.

The match was close and competitive and remained a stalemate for the duration of the first half. The deadlock was broken early in the second half and it went the way of the Caledonian Cougars. The prolific Ava Smith was on target once again to put her side 1-0 up in the final.

The Tigers found an equaliser right at the end of the third quarter and the goal came through Jessica Olonenshaw to level the scores at 1-1.

Within a minute of the equaliser it was 2-1 to the Tigers, and again it was Olonenshaw again who found the net to make it 2-1.

The Cougars rallied late in search of an equaliser and it wasn’t to be, with the Tigers earning the gold medal.

It took a dramatic shootout to separate Caledonian Cougars and Mercia Lynx in the Futures Cup U17 girls’ bronze medal match, but it was the Cougars that took the win in a tense 3-2 shootout victory.

Caledonian Cougars took the lead in the opening quarter when Ellie MacKenzie scored to make it 1-0. Within seconds, however, the scores were level as Lizzy Pocknell found the back of the net for the Lynx to make it 1-1.

Both sides were competitive and looked for a winner but it was neck-and-neck throughout the match.

The teams could not be separated and the contest went to a shootout, and even then the game was as close as could be. In the end Katie Swanson; Faith Joubert; and Michaela McCarthy scored as Caledonian Cougars claimed victory with a 3-2 win in the shootout to take home the bronze medal.

Caledonian Cougars won the gold medal in the U17 Boys’ Futures Cup final with a 4-3 win over Pennine Pumas.

Fraser Moran opened the scoring from a penalty corner early in the match to give the Caledonian Cougars the advantage in the first few minutes of the game.

As the quarter reached a close there was a quick flurry of goals. First the Pennine Pumas equalised with a strike by Michael Greenwood before Moran grabbed his, and the Cougars’, second goal of the match to restore their lead.

A penalty corner by Alfie Weaver midway through the second quarter levelled the scores again as the Pumas battled back into the match.

The score line was even at half time but the third quarter soon brought a third goal for the Cougars, and for Moran. His hat trick was bagged from a penalty corner to put his side 3-2 ahead.

Struan Walker found the back of the net for the Cougars at the start of the final quarter to make it 4-2 but the Pumas weren’t going to go away without a fight; they pulled one back a few minutes later when Alex Greenaway scored to make it 4-3. It wasn’t enough to stop the Cougars’ charge for the podium as they finished on top spot in St Albans. 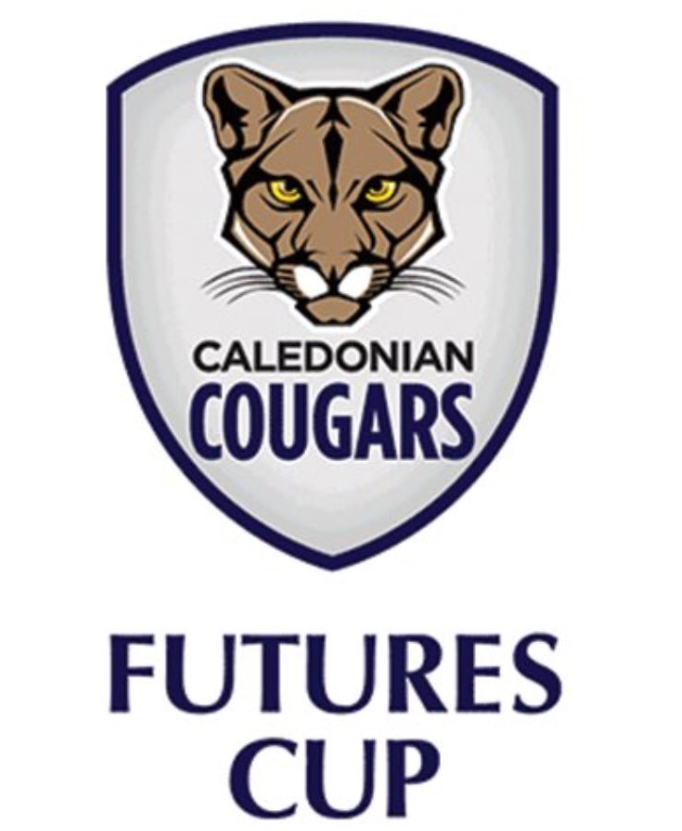