“Milestone” Member Illustrates Why Hockey is Thriving in Scotland

Scottish Hockey has smashed through its growth targets to reach 12,000 members, an 80% increase in just four years.

Wendy Gossman of Ardrossan Hockey Club became the milestone member after returning to the game from a series of medical setbacks. Officials from Scottish Hockey presented her with a prize at a ceremony on April 30 to commemorate the landmark occasion.

Scottish Hockey has now exceeded the membership growth targets set out in its current strategic plan, which has also included the identification of a series of “focus clubs” with significant growth potential. Ardrossan is one of those clubs.

Jamie Frail, Head of Domestic Game at Scottish Hockey, said clubs are changing the way they operate to better suit the demands of modern life.

In the past, a team would be run around a core of 16 players who had to commit large amounts of time to training and matches. But these days – with individuals juggling different priorities and demands on their time – teams have expanded up to as many as 25, allowing players to participate on a more casual basis.

“The landscape is changing, and the sport is changing as well,” Frail said. “There are lots of different pathways into hockey.

“This is why people like Wendy can be involved – the sport suits her life, rather than her having to make her life suit the sport.”

Brought up in a sporting family, Gossman and her brother were both sent to school at Glasgow Academy to give them the opportunity for competitive participation. Gossman played as Right Striker for the A Team and latterly the First XI at school, and moved to U16s for the Western District before then playing for the team at Robert Gordon University.

However, she had to leave university in her second year after being stricken with post-viral fibromyalgia, which left her house-bound for four months.

“To go from being fit and active to being able to do nothing was very depressing,” she recalls. “I gradually got back on my feet, but it took seven years to be formally diagnosed as fibromyalgia.”

She was 28 years old when she returned to playing hockey at Ardrossan, where her father Bryan and her brother Peter also played for the club’s rugby team. Her sister-in-law Jenna – a central figure on the women’s hockey team – persuaded Gossman to fill in from time to time as she was needed.

“I was a casual player – I didn’t want it to be a massive kind of thing that would take over my life,” said Gossman, who runs her own preschool dance business. She also offers services for children’s birthday parties, which means she can’t regularly be available for weekend matches.

The 37-year-old had a further medical setback six years ago when she contracted sepsis following surgery. However, she was again able to come back and resume playing.

“It fits my life now, and to still be able to play after all of my ill health is just great,” she said.

“It is a fantastic team – they have all got a decent mentality about the game, and it really is like a family in a lot of ways. And I like being able to flit in and out – that is what I want from hockey now.” 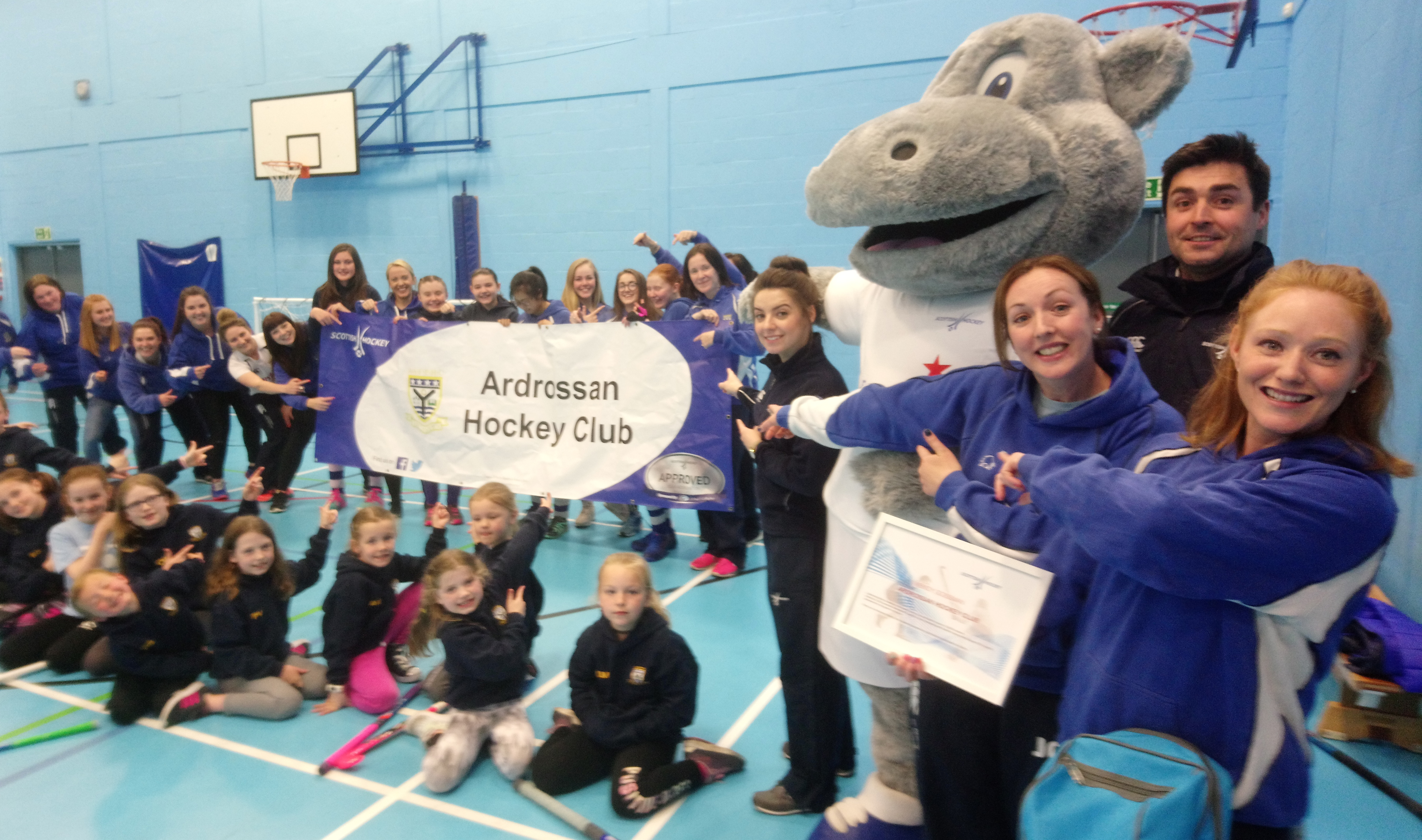