The cruel knock-out format of the World Cup Qualifiers provided the best and worst for Scotland`s teams. The women were comfortable 3-0 winners over Poland and move smoothly into the semi-finals, but the men drew 0-0 with Austria only to lose the tie 3-2 in a shoot-out.

The women were certainly favourites to beat Poland, four places below them in the world rankings, and that is exactly how it all panned out.

But the Poles gave as good as they got in the first quarter, they had two penalty corners and then Amy Gibson had to guide a looping ball wide of the target. However, the best chance of the quarter fell to the Scots. Mckenzie Bell started off the move, the ball was passed on to Sarah Jamieson and her cross was deflected just over the bar by Fiona Burnet – although the Polish keeper may have got a touch on it.

So, the first quarter finished with honours fairly even.

The Scots were the much more positive side in the second quarter and deservedly took the lead at their first penalty corner. It was a well-rehearsed routine, Emily Dark`s shot was directed towards Fiona Burnet whose diving deflection flew into the net.

The goal gave the Scots the confidence they needed and they might have added to their tally when a Jamieson shot whizzed past the post.

It took the Scots only six minutes into the second half to double their tally – and again it came from a well worked penalty corner routine and in some ways similar to the first. Again, Dark was on strike and again a diving Burnet diverted the ball into the net. The Scots played their best hockey at this time and created several chances, but no addition to the score.

The Scots had some more chances in the final period, but with no result until five minutes from the end. Sarah Jamieson embarked on a solo run and finished off with a back hand shot into the roof of the net – game over!

Coach Chris Duncan said: “We`re beginning to gel as a team and thoroughly deserved to beat Poland. But this is a tough format, every game is on a knock-out basis, so every game is a cup final for us. We`ve won our first final against Poland, and now we must make the same preparations for the second final against either Wales or Italy on Saturday.”

In Cardiff, for the second time in as many months, Scotland`s men drew with Austria and lost out in a shoot-out – you might almost think the Austrians played for a draw!!

A disappointed coach Derek Forsyth said: “We were the better team throughout but we didn`t score and that`s fatal at this level and against a team like Austria. Also, we lacked real preparation for this type of tournament. It was reduced to three training sessions, four hours in total, once we reached Cardiff. In contrast, the Austrians played several games against the German under-21 side.”

Scotland`s superiority can be verified in penalty corners, they had six to Austria`s one – but the problem is that some need to be converted into goals.

The Scots were particularly unlucky in the first quarter, Andy Bull`s shot caused panic in the Austrian defence and was finally cleared off the line to safety – there were mooted claims that the ball had crossed the line but to be fair the umpire was in perfect position to judge.

At another penalty corner, a chance fell to Dan Coultas but his shot was well blocked by the keeper.

Chances came and went, but no goals. Near the end, Alan Forsyth might have won the game but the ball was intercepted by the keeper, so the chance and the tie disappeared in the resulting 3-2 shoot-out defeat. 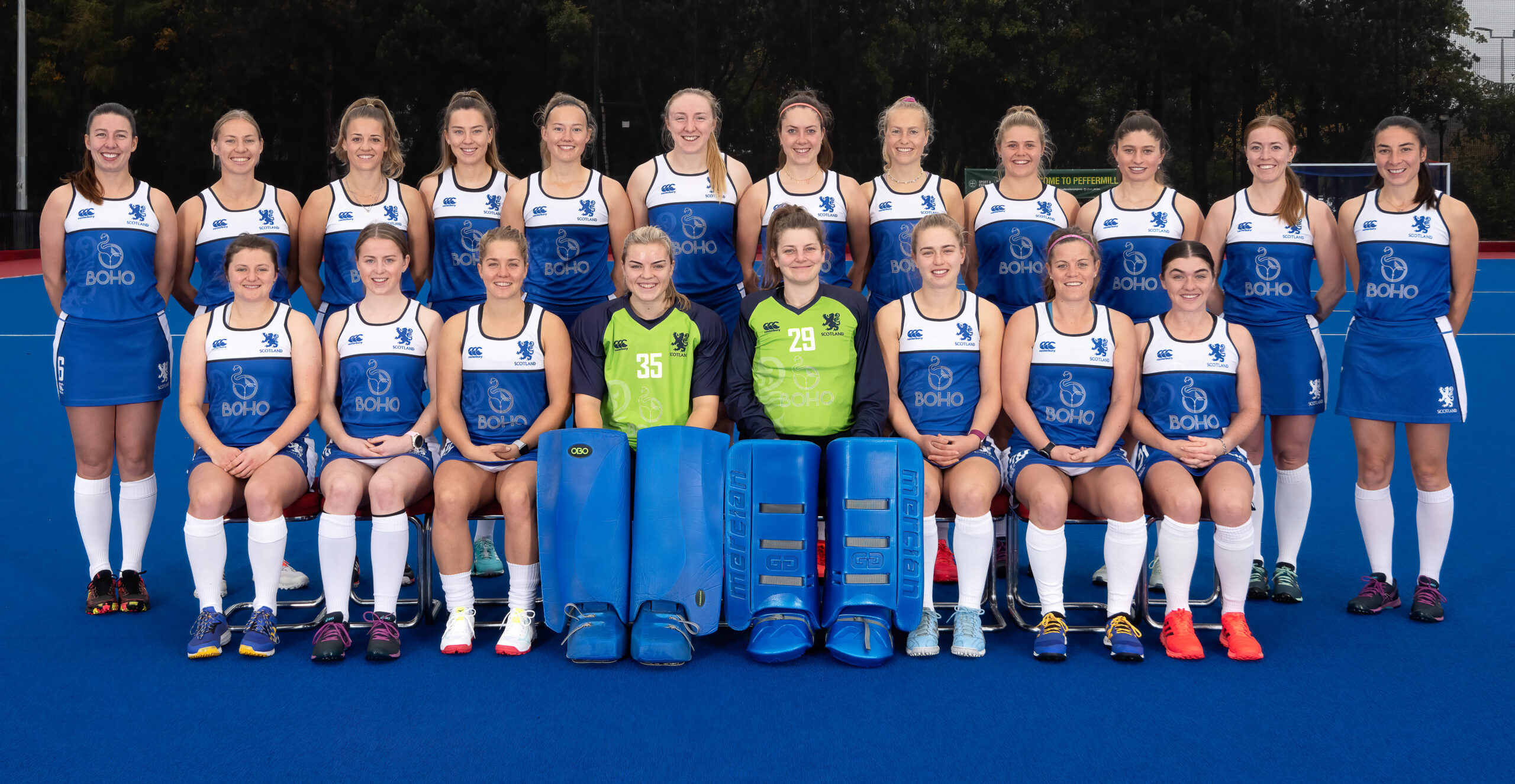