Scotland’s Men suffered another agonising defeat in Pool A at the 2022 Commonwealth Games.  A late winner for Pakistan gave them a 3-2 win against the Scots in front of a big crowd at the University of Birmingham Hockey Centre.

Right from the off, the Scots went on the attack and were awarded a penalty corner but it was rightly overturned by the video umpire for a foot.

The Blue Sticks were causing the Pakistanis all kinds of problems up the flanks and won their first penalty corner after 9 minutes. Jamie Golden’s shot was saved but Rob Field reacted quickly to play the ball across the area and Cammy Golden volleyed it home to make it 1-0.

Pakistan responded well but the Scots defence were well organised and saw out the rest of the quarter without incident.

Lee Morton made a superb run up the left flank which was snuffed out by Pakistan, who immediately broke and won their first penalty corner. Andy Bull made an excellent block to clear the danger.

The skilful Pakistanis were causing the Scots defence problems as crosses fizzed into the D, and Tommy Alexander had to make a smart block. But there was nothing Alexander could do when he was beaten by an unstoppable shot on the turn from Afraz after 22 minutes.

Within a minute it was 2-1 when Michael Bremner was dispossessed on the edge of the D and Abdul Shahid picked his spot in the top corner.

Jamie Golden so nearly equalised with a great piece of skill, bringing down an aerial ball and carrying the ball on his stick towards goal but it was cleared off the line.

An enthralling game swung from end-to-end, with Pakistan’s high forward line stretching the Scots defence, but it remained 2-1 at half time.

The first chance of the second half came when Pakistan won a penalty corner for Rob Harwood knocking the ball away after the whistle, but the shot flew past the post. Soon after, another Pakistan penalty corner came to nothing. And then a brilliant touch by Callum Duke created another chance.

Derek Forsyth’s charges always looked threatening in attack and finally found an equaliser after 38 minutes.  After patient build-up, great skill by Jamie Golden on the baseline set up Struan Walker to smash it into the bottom corner.

It was a cracking game, and straight from the restart Pakistan hit the post. Right on quarter time, brilliant skill by Morton set up Cammy Golden but his shot was blocked to keep the score at 2-2.

Scotland started the final quarter with a sustained spell of pressure and Forsyth’s cross was deflected away. A superb pass from Duke set up Walker but his point-blank shot was well saved. It was gripping stuff and both sides were showing off fabulous skills.

A Pakistan penalty corner missed the post by inches, but they went ahead with only six minutes remaining. A pass into the D reached Rooman, whose shot crashed off the bar and dropped over the line to make it 3-2.

With two minutes to go, the Scots took off their goalkeeper and both teams lost players to the sin-bin, but Pakistan were able to run down the clock and celebrate a 3-2 win.

It was never going to be dull, given there had been 31 goals in Scotland’s previous three pool matches, and that is exactly how it turned out.  However, once again the Scots will feel hurt at losing a match in the final minutes which they could have won. The Scots will finish their Commonwealth Games with a 9th/10th play-off match at 9am on Saturday. 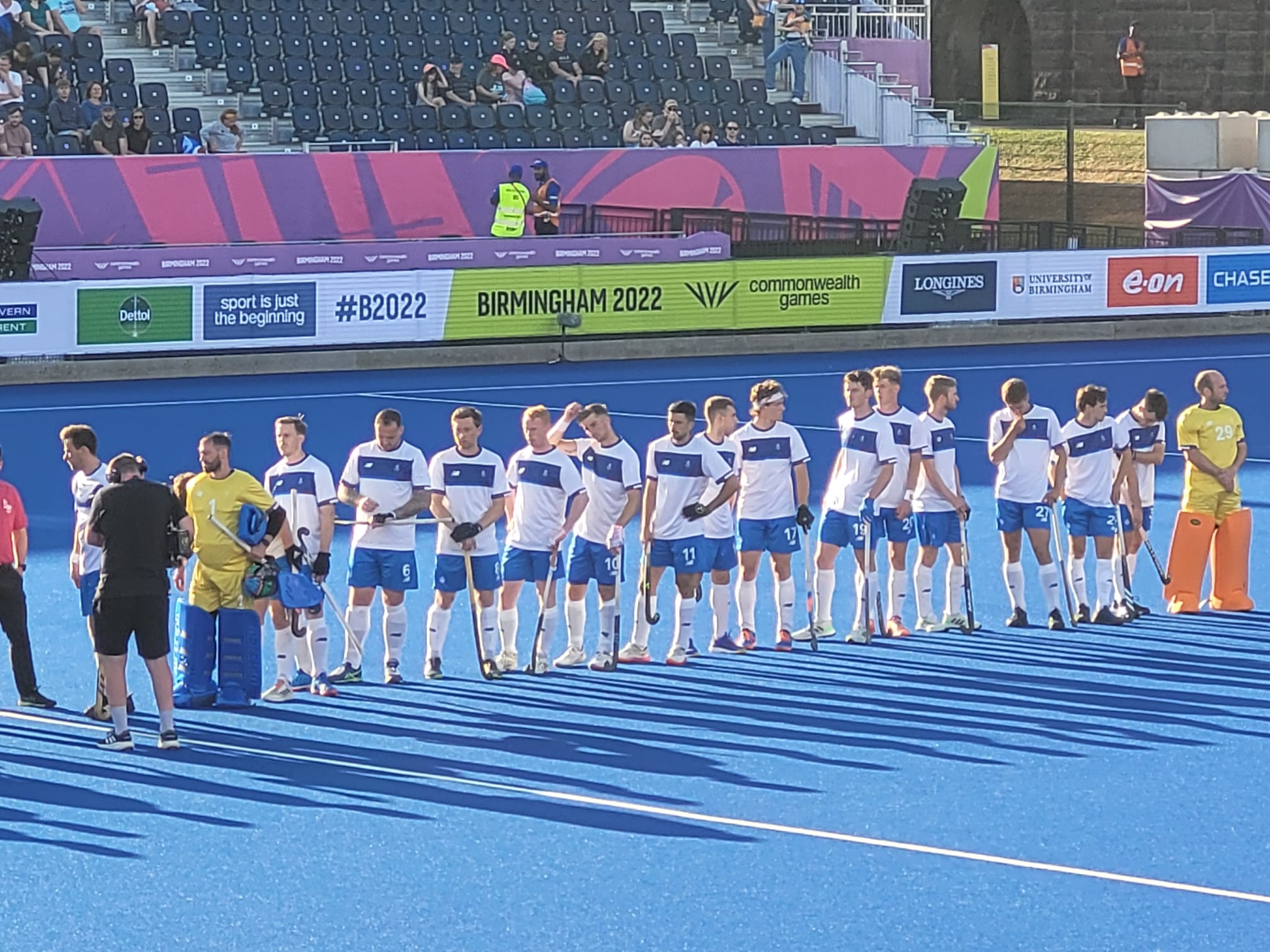