New names or previous winners on the Scottish Cup trophy?

At Peffermill this weekend we have Scottish Cup finals of exciting calibre; it gets underway with the men on Saturday and a contest between Western Wildcats against first time finalists Hillhead, then the following day the women`s final is between Watsonians and Edinburgh University, two of the top sides in the land.

And there is also the possibility of league and cup doubles should Watsonians and Western prevail.

And further, if Western were to win they would have completed this season unbeaten – and that`s both the indoor and outdoor.

Both days are almost sold out and we can’t guarantee entry for anyone who turns up looking to pay at the gate – this will be a busy weekend of cup final action!

We invited the captains of the four Scottish Cup teams to pitch in their penny piece on what being in the cup final means to their clubs and how they view their prospects – their responses are recorded below, exactly as they said it.

And, in chronological order, to the first Scottish Cup final of the weekend – the contest on Saturday between Hillhead on their cup final debut and Western Wildcats who have won the trophy nine times, the last in 2011.

The only competitive meeting between the two clubs this season occurred back in September when the Auchenhowie side won 6-1 – the goals coming from Andrew McConnell (3), Fraser Calder (2) and Fraser Moran.

But that is barely an indicator as it was the first Premiership game of the season and Hillhead were trying to adjust with the loss of so many of their regulars.

And in any case, league form and results are not necessarily an indicator for a one-off cup final where it is winner takes all on the day.

Rob Harwood, Western`s captain, explained the importance of winning the cup on Saturday.

“Winning the Scottish Cup means a great deal, not only to our team but to the club as a whole. Our last cup victory was in 2011 and we haven’t reached a final since. To round off what has been an excellent season completing the treble undefeated would be unbelievable.”

And now Rob`s message for the opponents:

“We go into the game full of confidence after the season we have had. However we will not be underestimating Hillhead, we watched them against Edinburgh Uni in the semi-final and they really deserved their win. We know they will be raring to go and we are prepared for that. It will be a great occasion to be involved in and we can’t wait to go and finish off the season strongly.”

Hillhead perhaps cannot boast of the level of success falling Western`s way so far this season, but they have certainly shown a remarkable power of recovery as the season has progressed. A nightmare start, having to rebuild the squad after the departure of so many players in the close season, it is hardly surprising they lost their first four games.

But then the recovery started and Hillhead progressed up the table although they fell short of making the top six. However, in the ten games after the winter break the Glasgow side won seven, drew a couple and lost only one – a very creditable performance.

And that period also included an astute piece of giant killing when Hillhead knocked third-placed Edinburgh University out at the semi-final stage, and again comeback was the theme. The students seemed to be cruising at two goals up, Hillhead brought it back to 2-2, and then produced the killer blow with minutes remaining.

We caught up with Hillhead captain Fraser Ward to get his take on this historic moment for his club:

“It means a lot for the club. It shows the club`s ambition and intentions for years to come. This team has set the precedent for future years. We know the full club is behind us.”

“At the start of the season we had a really new squad as a result of losing players after COVID. However, we gained a number of new players and it took us a bit of time to get to know how each other play. This accompanied with our first couple of games against tough opponents didn’t help things. We were disappointed with our league position at the split as we lost a number of games in the first half of the year by one or two goals and knew that we should have got something out of those games. We have really gelled this half of the season and performing to the standard we know we are capable of.”

On the question of taking on the new Premiership champions, Fraser expressed a combination of realism and optimism. He added:

“I think it’s quite easy to write us off since we are a team in the bottom half of the league going up against the title winners who are unbeaten this year. However, we have been written off in other games and look how that’s turned out. In a one off game anything can happen and the best team on paper doesn’t always win. You know what they say never up never in, we will give it everything.”

However, Fraser Ward himself could be the catalyst for a cup final story, he is Hillhead`s most prolific striker and if he can convert a few scoring opportunities on Saturday…then who knows?

And so on to Sunday and for what will be an exciting and historic women`s final.

It has been a remarkable season for Watsonians, they have taken their first Premiership title in the club`s history and now they could add the Scottish Cup for the icing on the cake.

Under coach Keith Smith their record this season has been phenomenal – they lost their opening game 1-0 to Clydesdale Western, they drew 2-2 with Edinburgh University in their last…and all the games in between were straight victories. And they will be in Europe for the first time next season as well.

A remarkable achievement for a side that only a few years ago occupied the lower echelons of the Premiership.

The renaissance at Watsonians under Keith Smith has been refreshing – it has been full of goals from the likes of Sarah Jamieson, Emily Dark, Mairi Drummond, Sarah McKay…and a host of others. But Watsonians` success is also built on quality defending that has only conceded twelve goals in their 21 Premiership matches.

Certainly Watsonians have held the upper hand in the league encounters this season. They opened with a 3-0 win over the students, followed by a 4-2 triumph, but the final clash ended in a 2-2 draw. So form must favour them, but that probably counts for very little in a cup final!

“It would be huge for us to take home the Scottish Cup; we’ve already made club history by making it to the final, so winning it would be an amazing achievement.

“I’m confident the team and coaches have prepared as best we can. Obviously we’re still on a high from winning the league, and the positive momentum we have is important. However, Edinburgh University are a very strong side – the game will be entertaining and I think both teams will create goal-scoring opportunities.”

Edinburgh University certainly pushed both Watsonians and Clydesdale Western in the Premiership race, but it looks as if they might have to settle for third place and no European spot – that is, assuming Clydesdale see off GHK in their outstanding fixture.

So the Scottish Cup could be Edinburgh University`s last chance for silverware this season. However, under the coaching eye of Sam Judge the Edinburgh students have been the dominant force in the women`s game in the last eight years with five league titles and the same number of Scottish Cup medals. So success is no stranger to Judge`s charges.

Edinburgh University also boast international talent amongst their ranks which can only bolster the club’s winning mentality over the years. 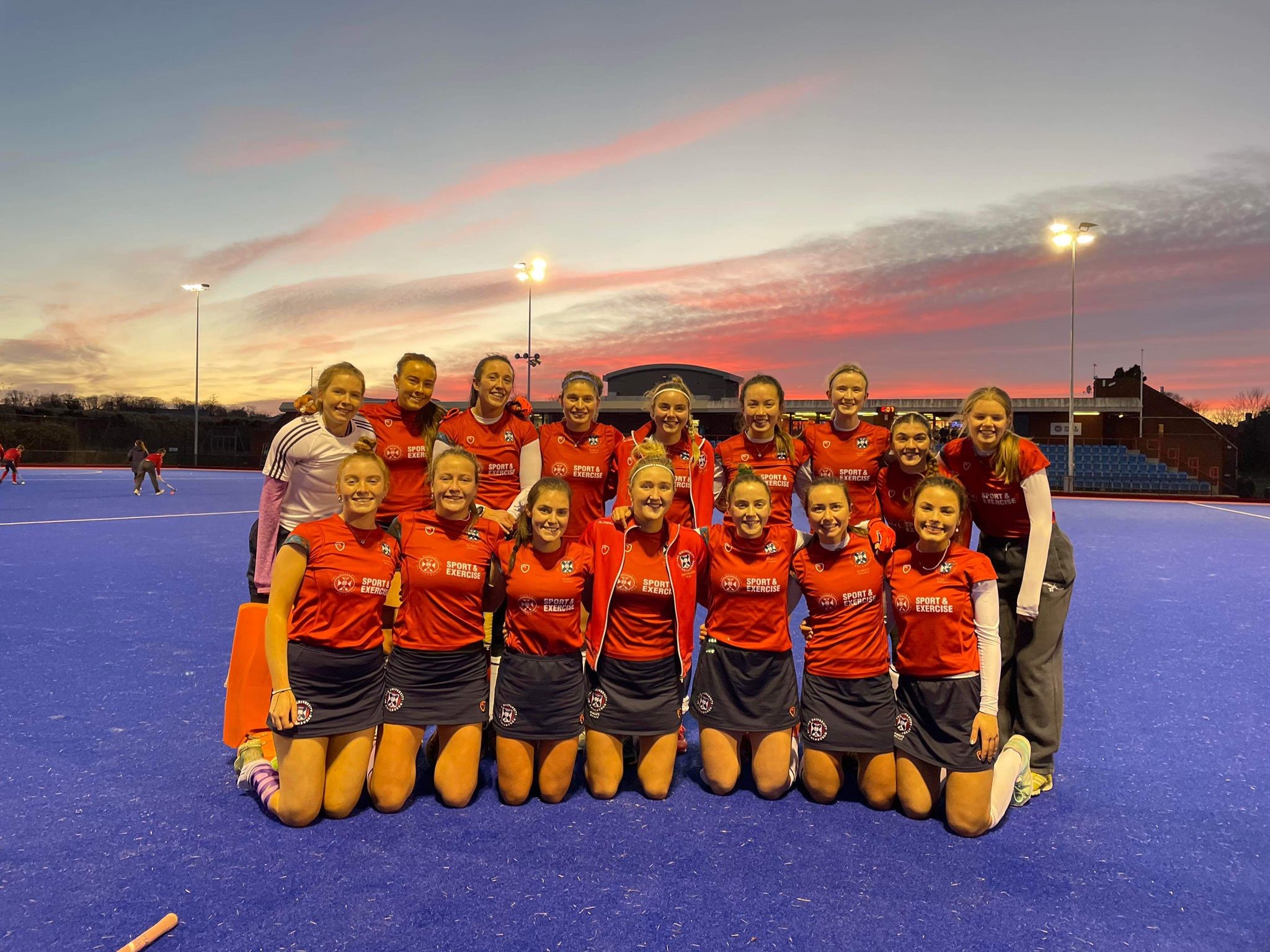 However, one of Edinburgh University`s captains Kathryn Meenan has laid down a bit of a gauntlet for the occasion.

“Having lost the league this year, the Cup has become even more important for us. We’ve really come together as a team and demonstrated some excellent hockey so we’d like to finish the season on a high and take home some silverware.

“We’ve grown as team and our performances have only gotten better. Our last match against Watsonians was a tight game ending a draw so we are excited to take them on for a final time and for the opportunity to take the Cup home for the fifth year in a row.”

The other women’s finals on Sunday will serve up some exciting contests. Hillhead Ladies 3s maintain the Hillhead presence over the cup finals weekend when they take on Edinburgh University 4s in the Women’s District Plate final to kick start the day.

The Women’s District Cup final is up next and will see Orkney travel down to Edinburgh to face Edinburgh Cala 3s. Orkney won the cup last time in 2019 and are looking to defend their title against strong opposition.

In the earlier rounds Cala ladies played against Cala 2’s, winning 10-0. Cala then went on to play Clydesdale Western in the semi-final clocking up a superb 2-0 win.

First up on Saturday in the men’s finals day is the first of the five Edinburgh University teams playing in finals across both days. Edinburgh University men’s 3’s have had an extremely successful BUCS season winning their BUCS League (1B) and BUCS Scottish Cup and looking to complete the treble when they take on Watsonians 3s.

Both of these teams play in the Men’s Regional League and played each other twice this season with two close results; in October Edinburgh Uni 3’s won 3-2 and again in April with a 1-0 win to Uni.

In the Men’s Scottish Plate Perthshire take on an FMGM Monarchs side having a fantastic season, having finished 2nd place in National League, and won their playoff game last weekend against local rivals Dundee Wanderers to secure their place in the Premiership next season. Monarchs won their semi-final 4-0 against Highland HC.

Parking is likely to be very busy this weekend and Peffermill strongly recommends the use of the Park & Ride facility at Sheriffhall, just off the city bypass. A 49 or 33 bus from there should only take about 15 minutes (plus a 3-5 minute walk) to get to Peffermill.

For spectators choosing to drive to Peffermill to please park responsibly and respect the venue’s neighbours. The car park will be extremely busy (and likely full by midday) and Peffermill has asked that team and spectators park responsibly, not in residential areas and where possible car share/take public transport.

Seating in the stand is first come first served, and standing positions are pitch side at the sides of the stand.

The bar at Peffermill will be open however we ask that spectators do not bring in any alcohol. Sporadic bag checks will be in place throughout the day.

Scottish Hockey is delighted that all matches on pitch 1 will be live streamed on Scottish Hockey’s YouTube; Facebook and Twitter platforms across the weekend, with the two Scottish Cup finals also being live streamed on the BBC online.  We’ll also have extensive coverage on our social media channels to follow us for unique angle and behind the scenes content across all matches. 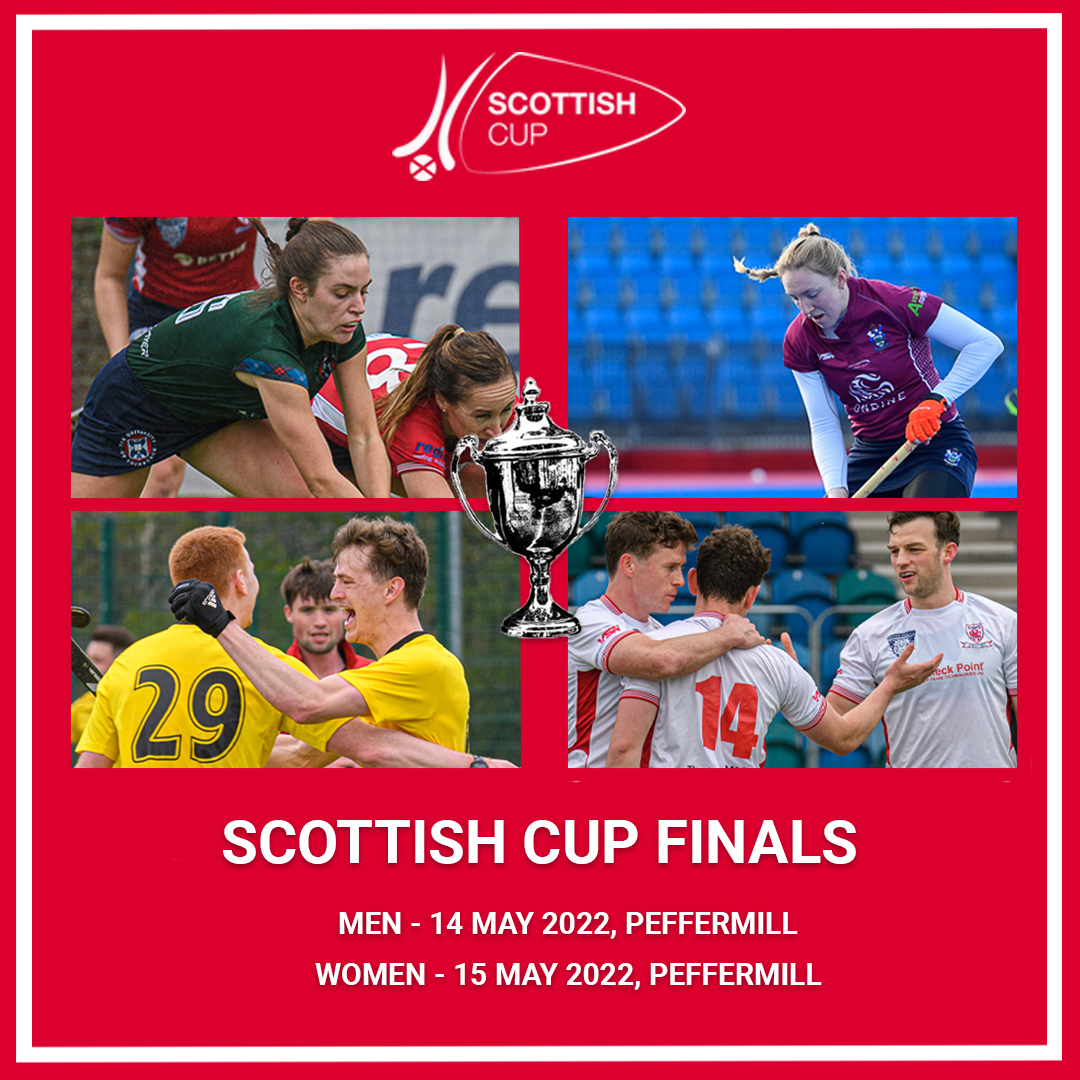