With North the only conference to survive the present COVID-19 restrictions and continue playing competitively, Ellon (women) and Granite City Wanderers (men) remain top of their respective conference leagues. Both sides are three points ahead of Gordonians men and women respectively, although both have a game in hand.

Ellon stretched their winning sequence to three games with a 5-3 win over second division Granite City Wanderers in the women`s North conference. Bizarrely, there was no scoring in the first half, but eight goals followed after the interval, described by Ellon captain Louise Gordon as a “busy second half for both teams.”

The catalyst behind Ellon`s triumph was a hat-trick from Jenni Urquhart while Nikki Kidd and Abby Wilson were also on target, the result leaves Gordon`s charges at the top of the table.

Gordonians’ Rebecca Murray remarked: “It was a good match but got a bit scrappy in the second half. I would say we had the majority of the possession and more circle penetrations and shots, but saying that Aberdeen Uni had a few good breakaways though and did have chances.”

In the men`s competition Granite City Wanderers maintained their 100% sequence with a 3-1 win over Ellon. Meldrum MacKenzie got two and Mark Cooper got the other while Callum Young scored his first goal for Ellon.

At Rubislaw Gordonians moved into a four goal lead through player/coach Adam Walker, Paul Weston on his debut and Will Serle chipped in with a double. Hosts Aberdeen GS got a consolation through a calm penalty corner strike from Leon Potts.

However, the score line might have been different but for a string of saves by Grammar`s 15-year-old keeper Fraser Bruce which was described as an “outstanding performance.”

Gordonians John Hamilton assessed: “Gordonians played some good flowing hockey in the first and third quarters, Grammar did well in the second and fourth to keep the game relatively close. The game was played in the spirit of a local derby rather than a friendly, which was great.” 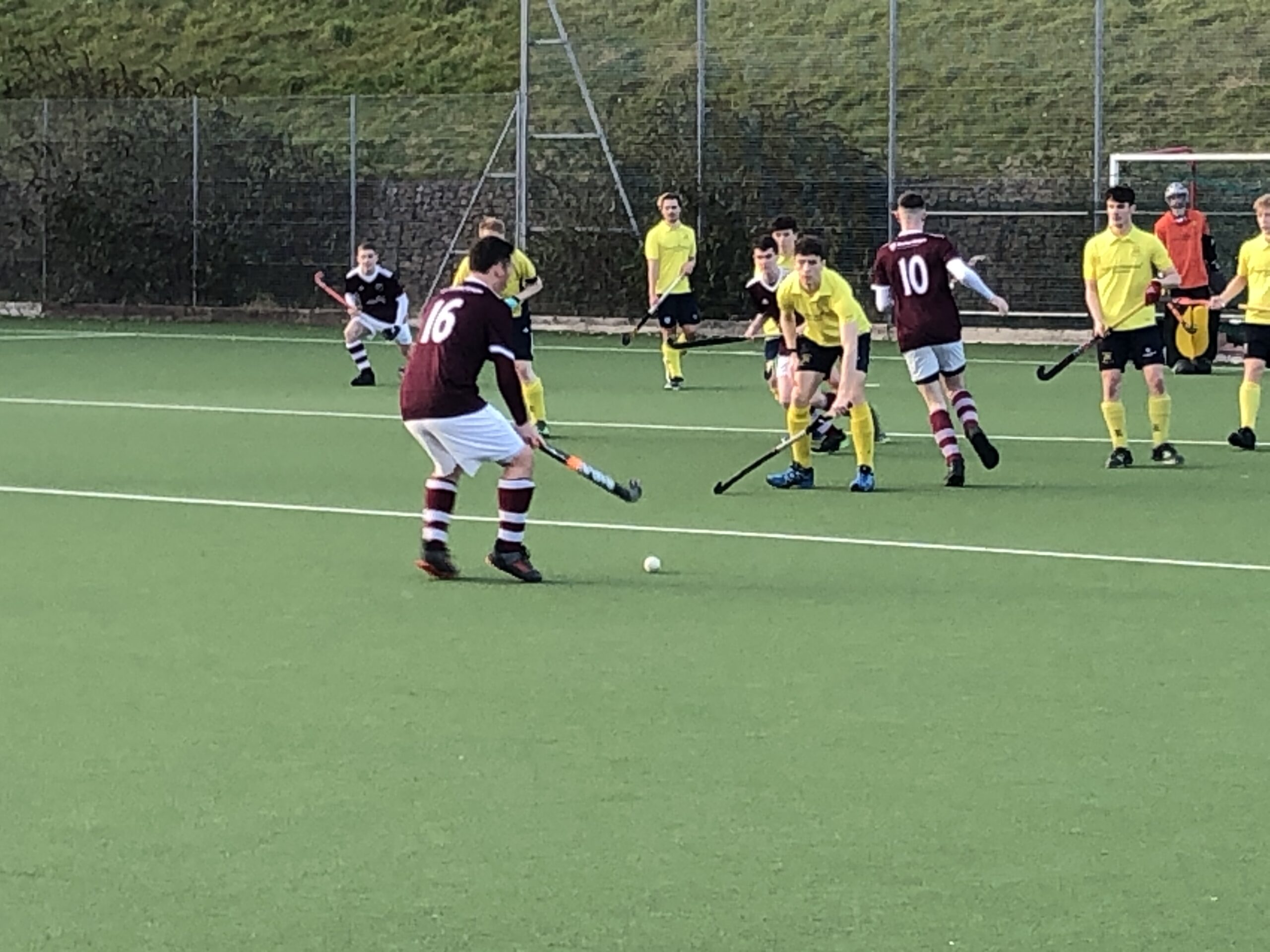