The conference initiative may have been challenged by Covid restrictions, but it has certainly been an opportunity embraced by Ellon Hockey Club in the women`s North division.

Captain Louise Gordon explained, “The conference has been amazing! We are a district level squad so were delighted when Scottish Hockey contacted us and asked if we would like to step up and increase the North numbers.

“We have been growing stronger as a team over the past few years – and last season were gutting to have the season declared null and void – we had six games to play and needed only one point to secure our place at the top.”

In March Ellon sat at the top of the North District division one – played 12, won 12, with a goal average of 61-5 – and then COVID-19 stepped in to spoil the party.

“So when we got asked we jumped at the chance, but discussed it would be about getting the team reunited, trying some new positions/tactics, re-bond as a team after a long break, so we`d be ready when the league started up again.

“We had no expectations of winning, just wanted to go out and enjoy the games. It`s been amazing for some of the youngsters to experience playing at such a higher level, and they have more than risen to the challenge.”

And the Ellon squad has clearly responded to the challenge on the field, certainly they lost their opening game 6-2 to Gordonians from the Premier League, but thereafter have not looked back.

There followed three in a row – back-to-back wins over Granite City Wanderers and a defeat of Aberdeen University – and these teams came from the National League division two.

Louise then paid tribute to the contribution of Nikki Kidd to the regeneration – both are former Scotland players.

“Nikki and myself went to school together, and she offered to get involved with coaching. This has definitely helped, she`s just an incredible role model and her input has driven everyone to work extra hard at training.

“This has really helped us prepare for these games, and it`s been great to play alongside her again after so many years. She has helped to create a positive vibe within the club.”

Ellon have scored 15 goals in their four games so far in the North Conference, and Nikki Kidd leads the way. On Saturday Ellon are away to Aberdeen University, and the earlier outing finished with a 5-0 score line in favour of Ellon.

“I wouldn`t say I am confident of a win, but the team is strong and I definitely believe we are capable to taking another three points.

“Uni will be ready for this though and it would be easy to get caught on one of their quick breaks. But we will be going out and giving it everything we`ve got.”

Gordonians are in a good place ahead of their clash with second division Granite City Wanderers in the other North women`s encounter.

The Premiership side have won both of their earlier games against Ellon and Aberdeen University, and with games in hand might have one eye on the top spot.

Meanwhile Granite City have gone down in their double outings against Ellon. With that in mind Granite City will be hoping for a bounce back this weekend in what will be a tough encounter against a team on form.

In the men`s North Conference Granite City Wanderers and Gordonians continue to dominate with 100% records – they have yet to meet head-to-head.

The former head the table with full points after their three games so far, and that included an 11-0 win over Saturday`s opponents Aberdeen Grammar FPs.

Although they beat Ellon 3-1 last weekend, Meldrum MacKenzie getting a double, the score stood at 1-1 for a portion of the contest.

Gordonians lie three points off the top, but with a game in hand, and will look forward to competing against Ellon at Countesswells.

The result last time in Ellon was 7-0 with Robbie Wallis and Harry Leggett both scoring twice. 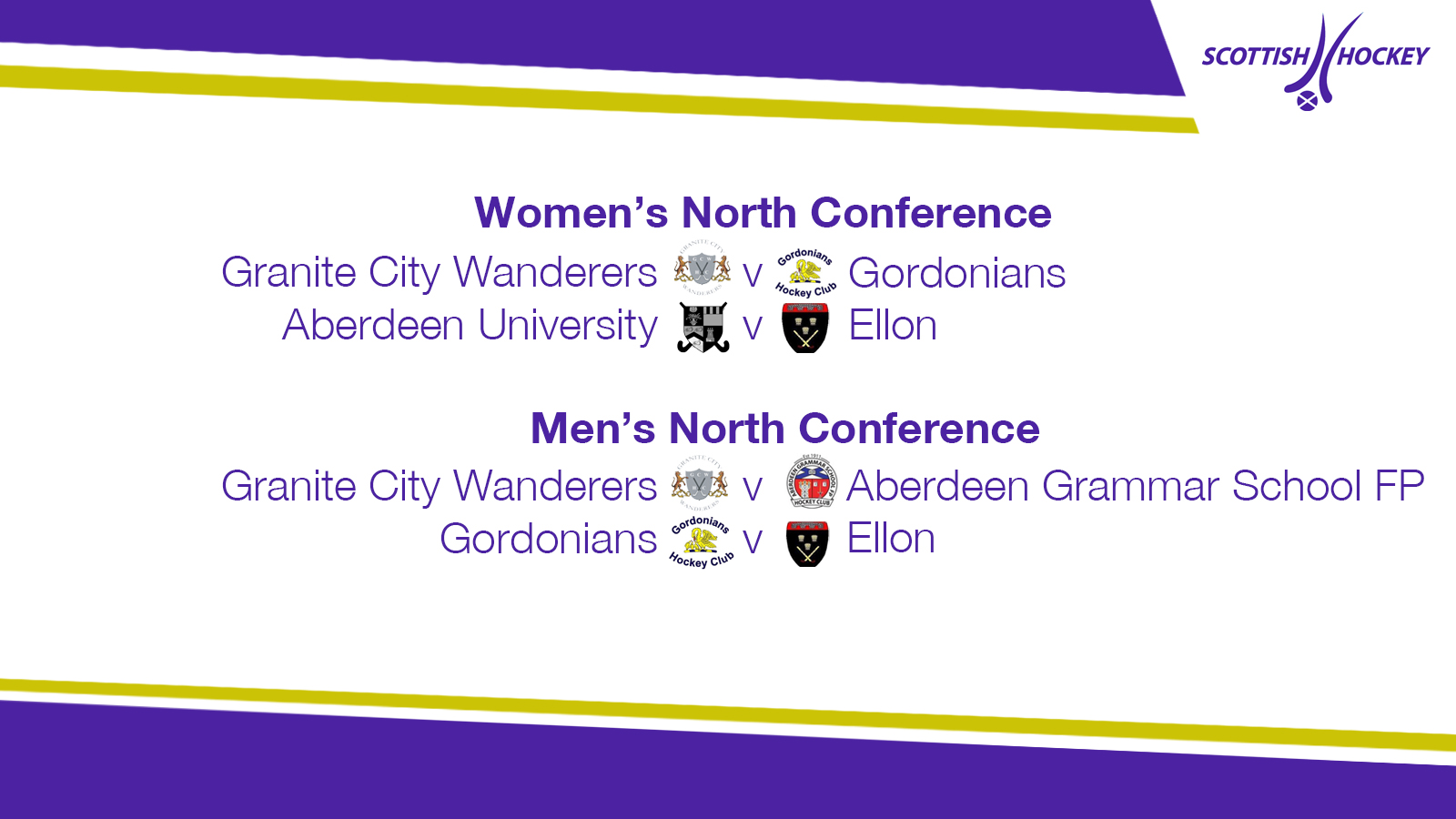