Congratulations to Perthshire boys and Watsonians girls on becoming this season’s Scottish U18 champions.

On a day when the GB men and women qualified for the Olympics, the stars of the future were in action at Peffermill in the U18 National Club Cup Finals. And what a superb display of hockey they served up on a dreich November day. Pitch watering definitely wasn’t required!

In the morning, Andrew Hill grabbed the winner as Watsonians’ boys beat Grove Menzieshill 2-1 in a hard-fought match to clinch 5th place. Earlier, the maroons had beaten ESM 5-0, and the Dundonians had edged Clydesdale 2-1 on penalties after a 2-2 draw to qualify for the 5th/6th play-off.  Clydesdale beat ESM 2-1 with goals from Jacob Luc and Jamie Green to finish 7th.

Places 1-4 were up for grabs in the afternoon, and there was drama in the first semi between Western Wildcats and Inverleith. After a 1-1 draw, it took fourteen running penalties before the Edinburgh boys won 5-4, captain Jake Inglis scoring three. Perthshire beat Grange 2-0 in the other semi with goals from Ewen Kilpatrick and Tom Cahalin.

Western Wildcats scored three goals in the last six minutes to come from 3-1 down to beat Grange 4-3 in the game of the day and finish third. Cameron Moran grabbed the late winner.

A thrilling, end-to-end final with high-quality defending and goalkeeping from both teams was settled when Cameron McNeil’s penalty corner 5 minutes from time gave Perthshire their first ever U18 Cup triumph.  Congratulations to the boys, their coach Neil Mitchell and manager Dave Berry. Ironically, these two teams had drawn 1-1 in their first pool match on 27 October, showing how little there was between them. 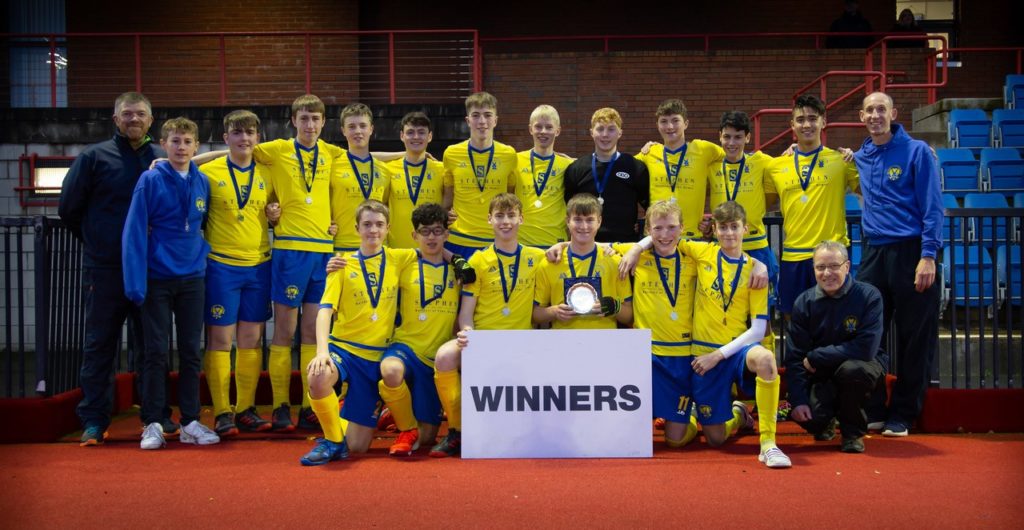 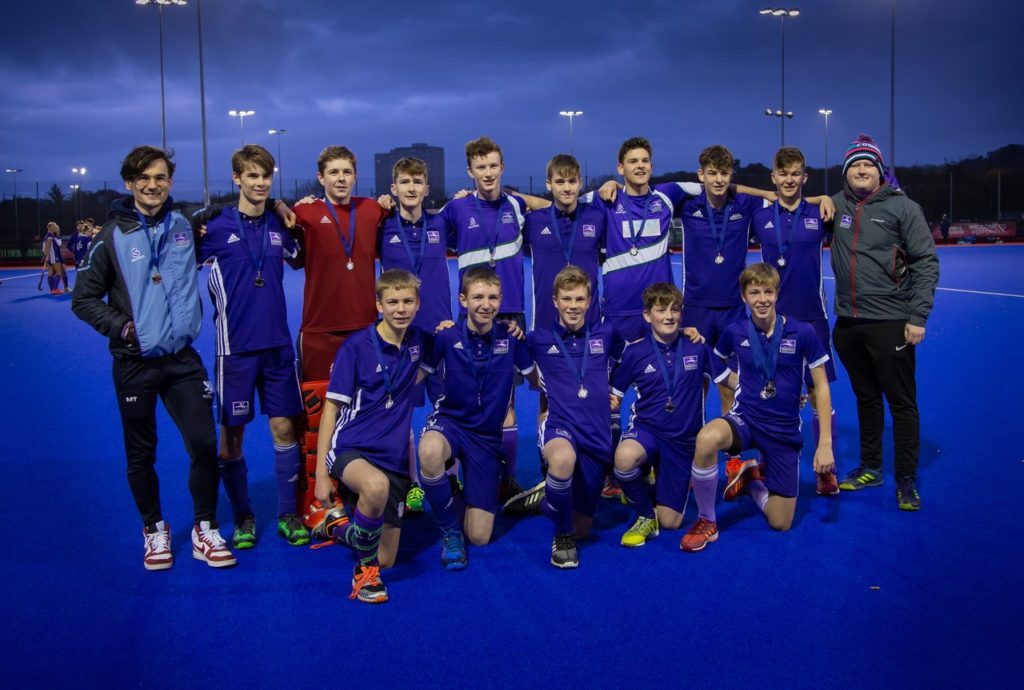 The girls’ semi-finals were two crackers, with Sophie Hinds’ penalty sealing a 2-1 win for Inverleith against Fjordhus Reivers.  A superb finish by Holly Shepherd nine minutes from time gave Watsonians a 1-0 win against a strong Clydesdale Western team.  Reivers went on to finish third with a 2-1 win on penalties after a 0-0 draw v Clydesdale, Hannah Miller scoring the winner.

The final started with two goals in the first six minutes, Emily’s Price’s penalty corner being immediately cancelled out by Inverleith’s Itske Hooftman. The winner came in the 15th minute when Molly Morris finished a good team move to give Watsonians a 2-1 lead. Both teams created chances in an exciting second half, but a couple of late, great saves by Maddie Boyes helped ‘Sonians retain their title. Well done to winning coach Nikki Symington and manager Jenny Jack. 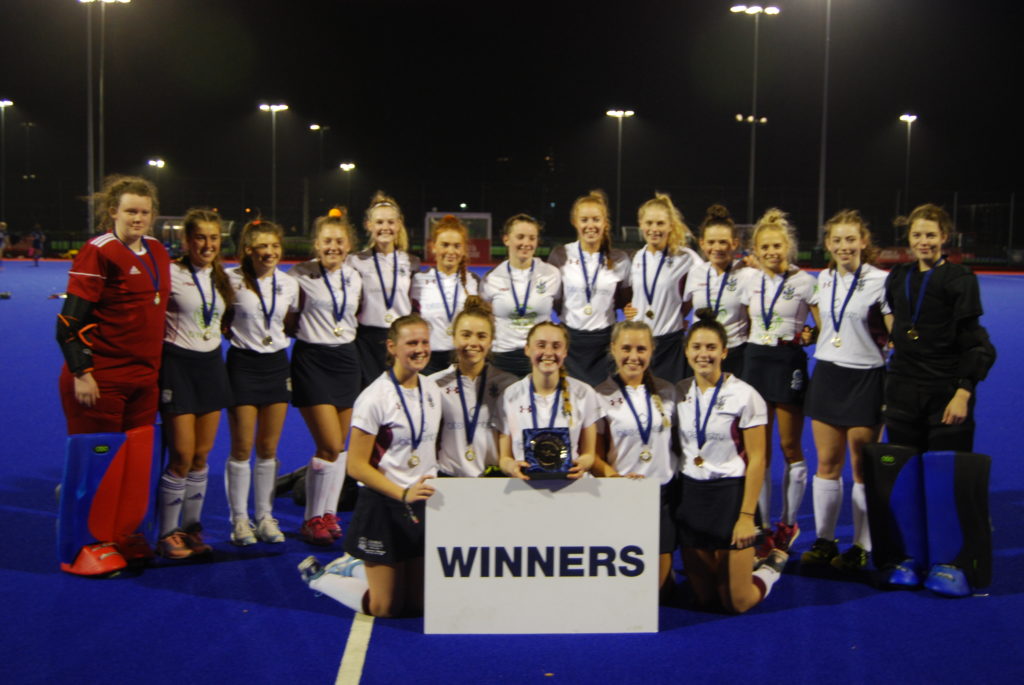 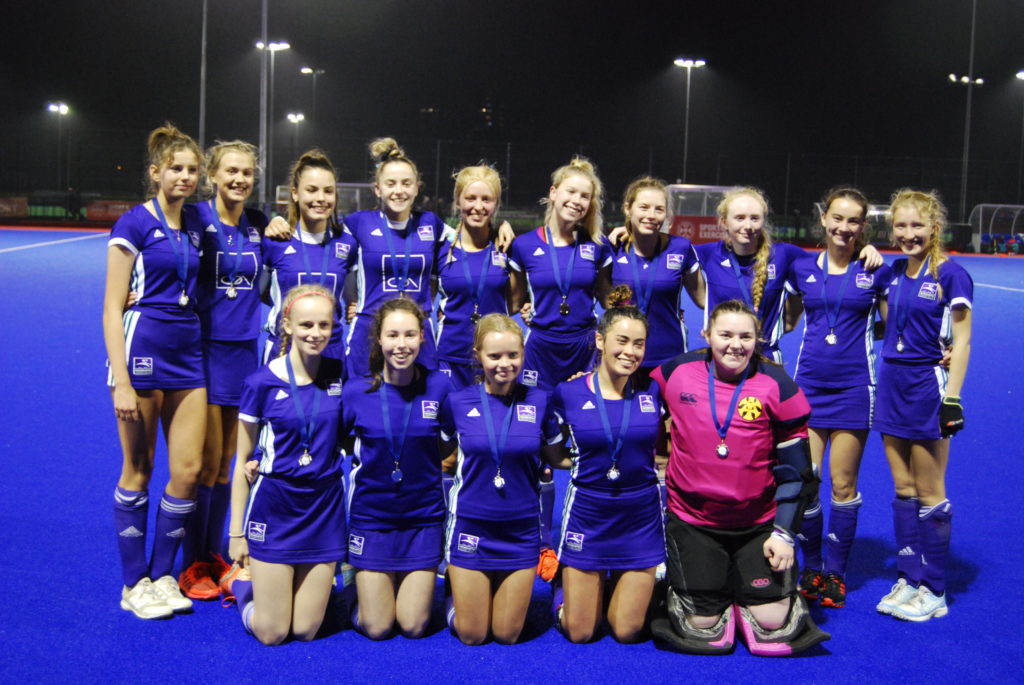 Both finals were a fitting end to a great exhibition of youth hockey, which was very well umpired over the two Sundays. A few of the Scots in the current GB teams played in this tournament when they were younger – and there’s a good chance that the current U18s will follow in their footsteps based on this showing! 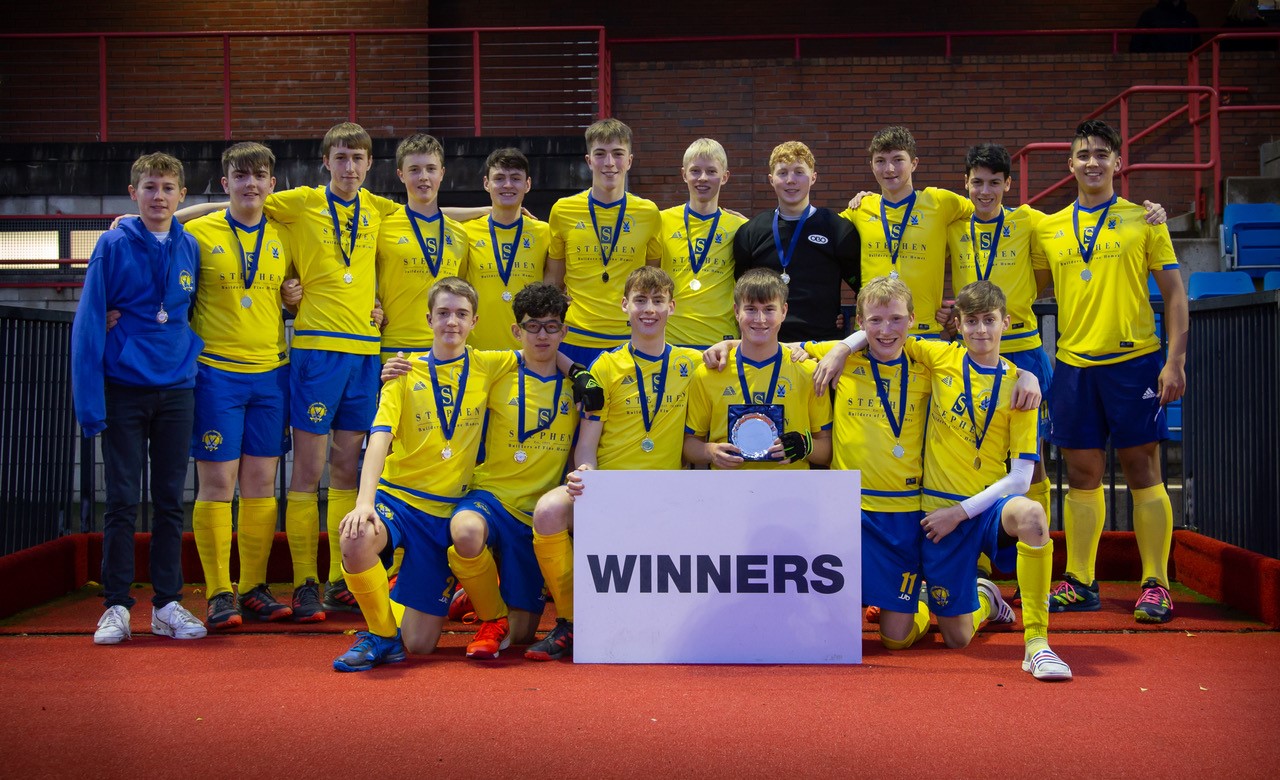