Premiership sets up an intriguing weekend of action

Home » News » Premiership sets up an intriguing weekend of action

The quest for this season`s Premiership titles is beginning to take some sort of shape, in the women`s league Clydesdale Western and Edinburgh University have opened up a four point lead over the chasing pack, while in the men`s the task is to catch Grange before they go out of sight.

The pressure is on Derek Forsyth`s Clydesdale Western who make the hazardous trip to Auchenhowie to face third placed Wildcats in their own den.

Since the return after the winter shutdown Clydesdale have rattled in 16 goals in two games against Gordonians and Hillhead, Jen Eadie has been top scorer with six, but the goals also seem to emanate from several other quarters – perhaps a source of concern for the Western Wildcats` defence.

And it was the very same Eadie who scored the only goal of the game in Clydesdale`s 1-0 victory at Titwood back in October.

Wildcats are in third spot in the table, only four points adrift of Clydesdale, but last weekend was a source of frustration for player/coach Kaz Cuthbert.

Her charges were held to a 2-2 draw with Glasgow University in the league and then the same score in the cup against Watsonians in normal time – Wildcats did however win the resulting shoot-out.

Whatever the outcome at Auchenhowie, Edinburgh University could still take over pole position on goal difference if they mount up the goal tally against bottom side Gordonians.

If Dundee Wanderers are to retain fourth place they will have to see off Hillhead at Upper Windyedge. The Taysiders must be favourite as they won the earlier fixture 4-1 and Hillhead have conceded 15 goals in their last two outings.

Watsonians have slipped out of the top four but should kick-start their campaign with a home win over Grove Menzieshill.  Since the restart they have lost to Edinburgh University and got a last gasp draw with Wanderers, Sarah Jamieson rescuing the point here.  But a single point out of the six on offer is not so good form.

However, coach Keith Smith remarked:  “Last weekend was a source of frustration in terms of two draws in games we dominated, but again we had a great performance, just need to develop that clinical edge.”

Last time out in Dundee, Watsonians came out on top 4-2 with Sarah Jamieson scoring twice.

The final game in the card involves sides at the other end of the table, GHK entertain Glasgow University.    This could be an interesting fixture as both sides performed well last weekend, GHK won away at Grove Menzieshill while the students held Wildcats to a 2-2 draw.

It is Uddingston`s turn to put the breaks on the Grange bandwagon as they clash in Lanarkshire. Uddingston lie sixth in the table but in the past few years they have caused problems to title aspirants on their own turf.

However, there has been little sign of the champions cracking with Josh McRae, Jacob Tweedie, Alan Johnston and Dan Coultas at penalty corners piling in the goals.

So what of the chasing pack?   With victories over Hillhead and Kelburne, Grove Menzieshill have slipped into second spot ahead of Western Wildcats. The Taysiders travel to Watsonians to maintain their new status and will be hoping for the three points.

However, last time out the Dundonians only managed a rather fortunate single goal victory over a battling Watsonians side, Keir Robb was the only scorer that day. Robb has been useful in front of goal since the winter break along with Jamie Golden, Albert Rowling and Luke Cranney.

Can Western Wildcats throw off the shock Hillhead reversal of last week – well they did gain some revenge with a 2-1 cup win on the Sunday and have the chance to kick-start their league campaign with a win over visitors Dundee Wanderers at Auchenhowie.  At the moment Vishal Marwaha`s pack are two points adrift of Grove Menzieshill, but they do have a game in hand.

However, fourth placed Edinburgh University have the chance to progress up the top four with a double header weekend against Clydesdale on Saturday and then a catch-up fixture against Hillhead the following day.   The students are not short of goal scorers, in particular Jack Jamieson who is on a lethal streak at the moment.

A bit of a gap is opening up between the top four and the rest, both Uddingston and Clydesdale are six point in arrears.

Finally, the Kelburne v Hillhead fixture always has a little spice about it, the latter are only a point better off – so it should be right interesting.  The earlier clash finished in a 3-3 draw, but both sides will be looking for the three points to move further away from the relegation zone. 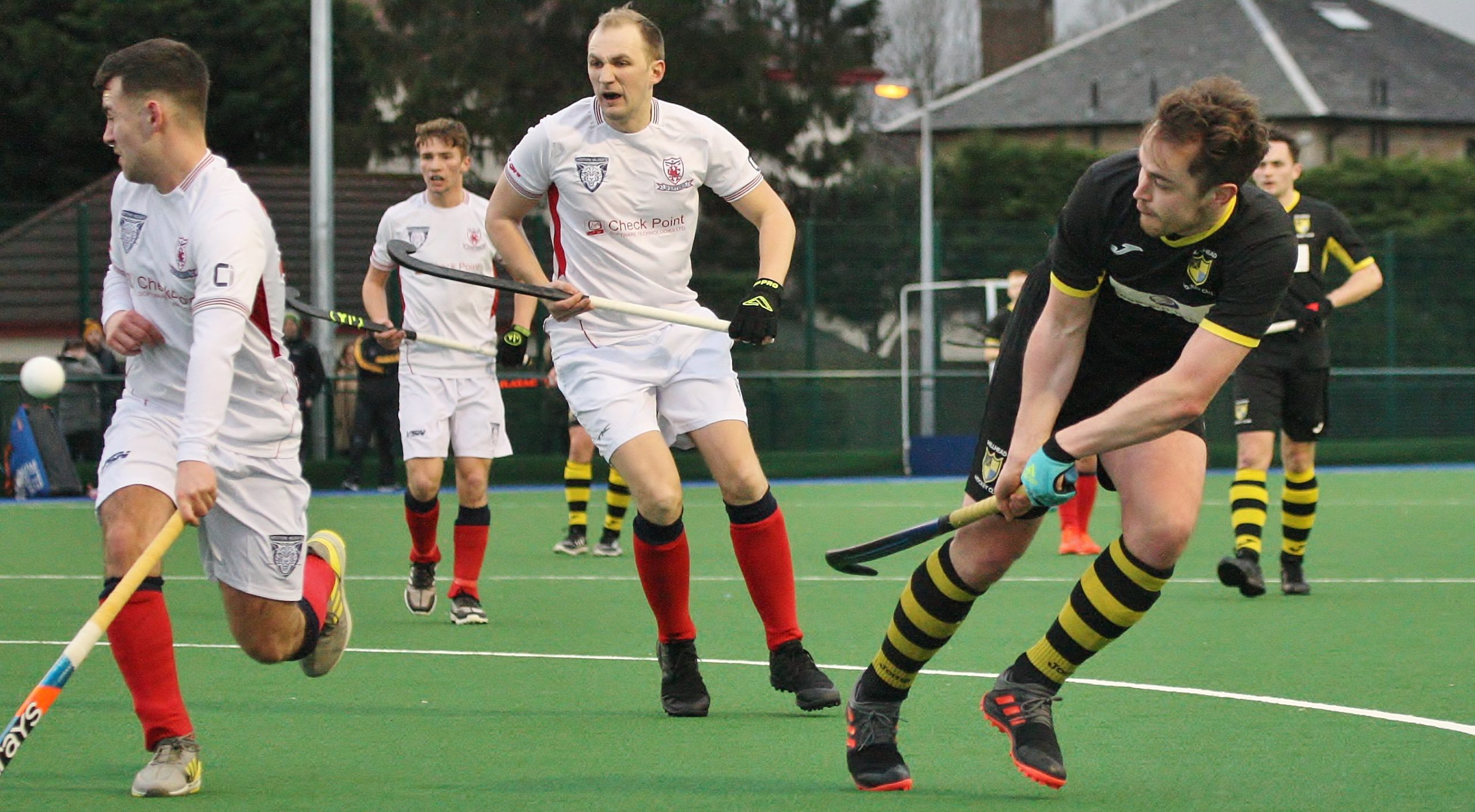