It was an eleven-goal frenzy at Titwood as Ireland defeated Scotland 7-4 in the third test match of a three-game uncapped series.

The Irish were quick out the traps and bagged an early goal when Shane O’Donoghue found the top right corner from a penalty corner. 1-0.

Scotland enjoyed a period of good pressure following the Ireland goal with Hamish Imrie causing problems down the left.

However it would be Ireland who furthered their advantage when Sean Murray made it 2-0 to Ireland with a low shot into the bottom left corner.

Gavin Byers pulled one back for Scotland with a great low finish after some great work by Andy McConnell to make the opportunity.

Ireland soon restored their two-goal advantage with a penalty corner finish by O’Donoghue to make it 3-1.

The second quarter started very badly for Scotland. First Ben Walker found the net for Ireland at a penalty corner, and then Luke Madeley scored from close range after finding space in the circle. 5-1.

Scotland battled hard and created a chance for Ed Greaves but his deflection looped over the bar.

A penalty corner went to Scotland and in the second phase Struan Walker had a chance to strike at goal but the ball spun into the air and clear of the goal.

Scotland quickly earned another corner and this time they made it count. Dan Coultas pulled one back for Scotland with a powerful low corner for 5-2.

Scotland came out for the second half on full throttle and very quickly found the net when Ed Greaves finished off a lovely move to pull it back to 5-3. The move began with a delightful pass by Coultas and the ball eventually found its way to Greaves to finish at the far post.

The Scots were then hit by a sucker punch early in the fourth quarter. A penalty flick was awarded to Ireland and O’Donoghue buried it into the roof of the net. 6-3 to Ireland.

A lovely pass by Aidan McQuade allowed Cammy Golden to strike for Scotland to pull it back to 6-4 to Ireland.

McQuade himself had an opportunity to score from a penalty corner rebound but his shot sailed over the bar.

As Scotland went hunting for goals it was Ireland who found the next one. Madeley scored from another corner to make it 7-4 to Ireland and win the series in Glasgow. 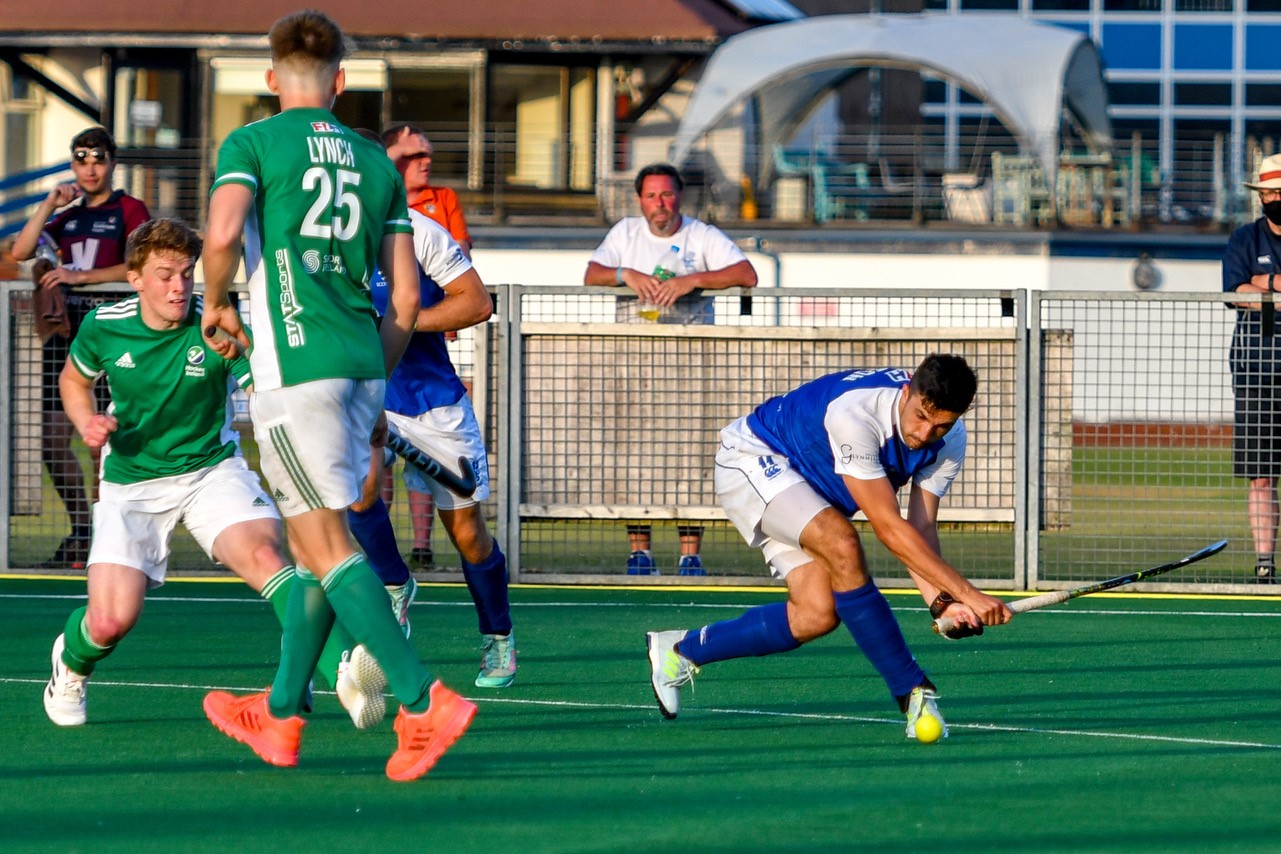