A comfortable 4-0 win for Scotland men over Belarus secured progression to the next stage of Hockey Series for the Blue Sticks. Goals from David Forsyth, Cammy Golden and Rob Harwood gave the Scots the victory in Lousada with the colour of Scotland’s medal to be decided by the Russia versus Portugal match later today. Anything less than a win for Russia will see Scotland take gold.

Scotland set about attempting to make inroads down the right in the opening quarter, while Belarus took a more direct approach with big smashes into the D.

The only half chance of the opening quarter came for Scotland when Callum Duke slashed the ball across goal from the right, but it evaded Luke Cranney at the far post.

In the second quarter Scotland sprang into life. From a mistrap at a Belarus penalty corner, Scotland tore forward at pace with Duncan Riddell finding Kyle White in the D, he set up David Forsyth who dived for the ball at the far post to score. A great goal from a lightning counter-attack. 1-0.

Soon after the opener, Cammy Golden made it 2-0 from a slick penalty corner routine. Golden injected, Aidan McQuade payed it back to him and Golden slipped it low into the net to double Scotland’s advantage.

The goals didn’t stop there. Next Rob Harwood pounced on a loose ball in the D to put Scotland 3-0 ahead in the second quarter.

Then Belarus won a Penalty Stroke. Alexander was the hero again when he saved low at the right post to keep Scotland’s 3-0 lead intact at half time.

The Blue Sticks were in cruise control and never looked in any danger after the break.

The Scottish lead was extended when Cammy Golden scored his second of the match, and his sixth of the tournament, to make it 4-0 for Scotland. The young striker forced the ball home while on the ground and surrounded by Belarussian defenders.

Scotland played the game out professionally and deservedly secured their place in the next round of the Hockey Series.

Find out more about the Scotland men’s squad HERE. 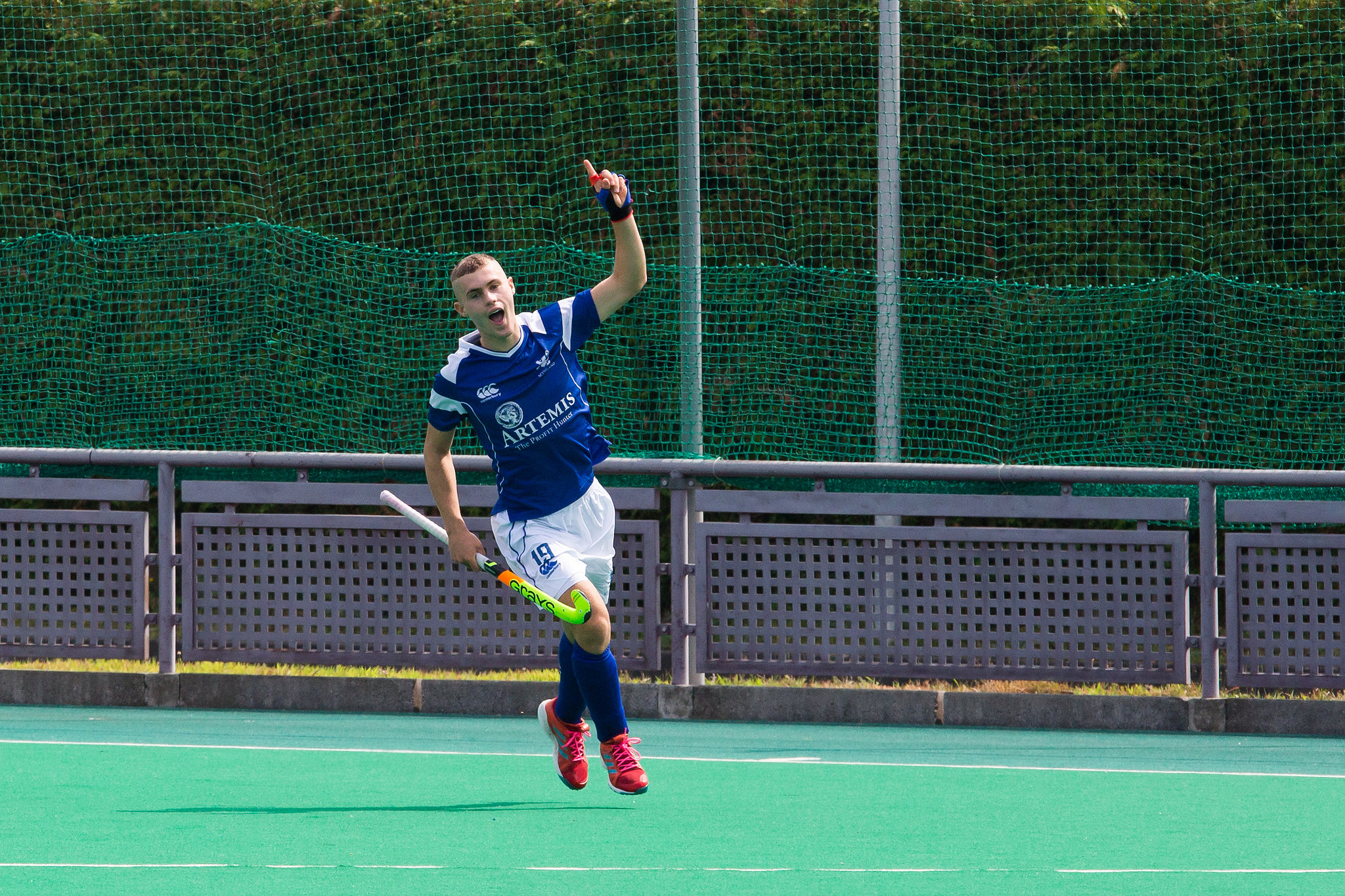