Despite a great start to the match Scotland women were beaten 3-1 by Korea in their second contest of the FIH Series Finals in Banbridge. Kate Holmes scored for Scotland, her second goal of the tournament, but clinical penalty corner finishing by the Koreans saw them take the win.

Scotland got off to a lightning start and nearly took the lead in the first few minutes. Charlotte Watson did really well to win a penalty corner for Scotland before Emily Dark smashed the crossbar from a lovely exchange.

Another penalty corner went the way of Scotland and this time they found the back of the net through a delightful finish by Kate Holmes. Becky Ward switched the ball to Holmes across the top of the D, and Holmes picked out the top right corner to score her second of the tournament, and make it Scotland 1-0 Korea.

There was very nearly another goal minutes later when a great chance fell to Fiona Burnet after a slip in defence, but the forward on the reverse smashed the ball to the wrong side of the post and Korea survived.

Then an excellent run by Charlotte Watson carved the Koreans open but her pass just evaded Dark in the D.

In the second quarter Korea played their way into the contest. They scored a great equaliser from a slick penalty corner routine finished by Hyelin Cho. Then they instantly scored again to take the lead. The ball bobbled in favour of the Koreans in the Scots D and was smashed home on the reverse by Jina Kang.

The game seemed to slow down after half time and was played mainly in the middle of the pitch. Then with five minutes to go in the quarter Korea forced the ball over the line at a penalty corner to go 3-1 ahead, Jungeun Seo with the goal.

In the final quarter a great run and shot by Sarah Jamieson came close for Scotland. Jamieson picked the ball up on the right and powered across goal into the D, but her shot on the reverse was saved by the leg guards of the goalkeeper.

Then the heavens opened in the final quarter and slowed the match down to a crawl. Jamieson again powered into the Korean D in the final minute but was crowded out before getting her shot away, and Korea took the points in Banbridge.

Scotland’s next match will be against Ukraine, who will also compete at Women’s EuroHockey Championship II in Glasgow this summer, when the two meet on Tuesday at 6pm.

Scotland Captain Kaz Cuthbert said, “Today we had a game plan against a higher-ranked team than us and we took the lead, which was fantastic, and it shows what we’re capable of doing. We can be threatening. A few decisions didn’t go our way and the Koreans are clinical, but we’ll take 3-1 as goal difference could come into play.

“We’re used to the pitch now, we’re playing a great quick, fast attacking game, so we’ll take that into the Ukraine game and we’ll expect to win.” 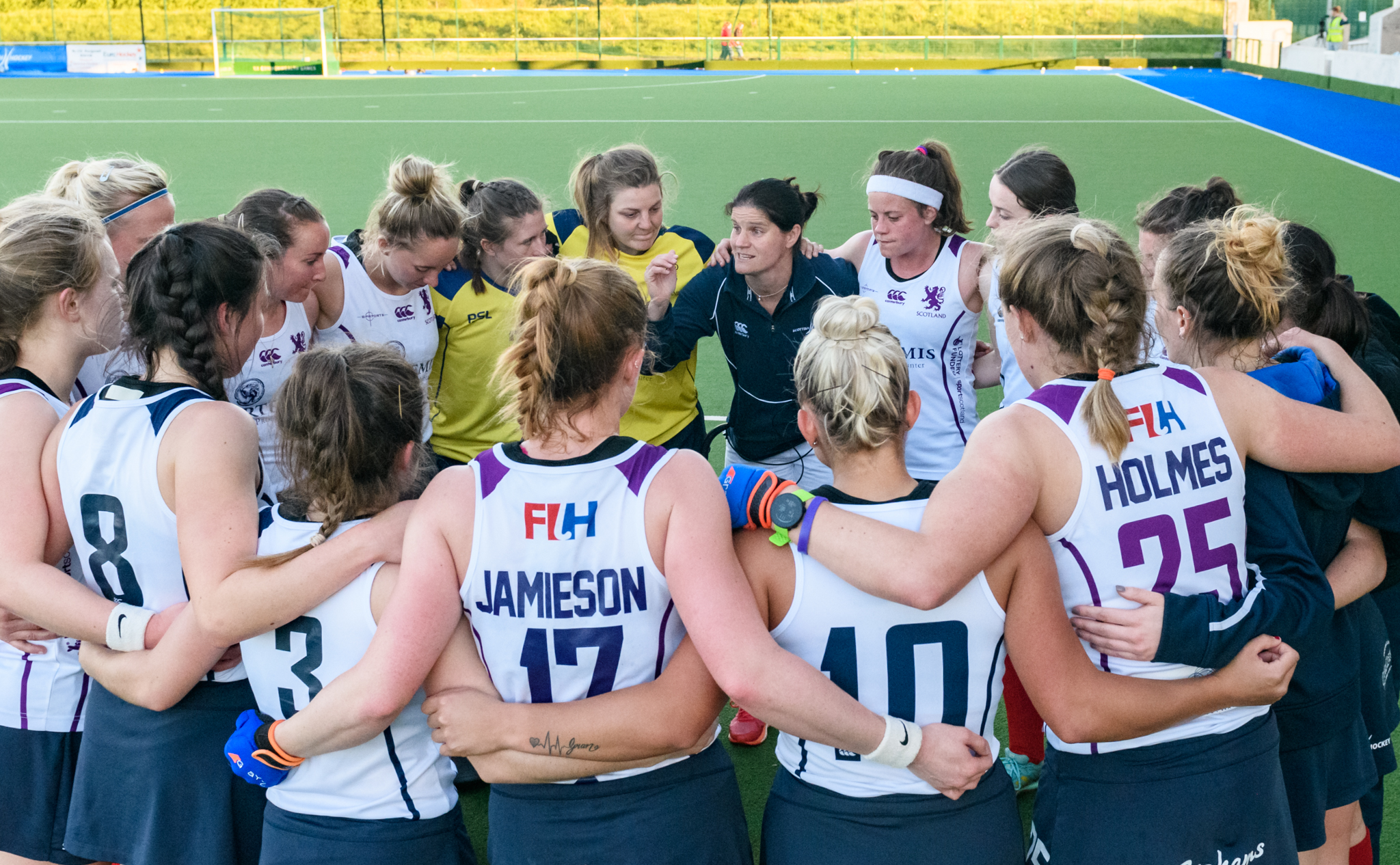