Scotland men recoded their first victory of the Belfius EuroHockey Championships, and their first in a European Championships since 2005, with an excellent 4-2 win over Wales in Antwerp. A double from Cammy Golden and goals from Craig Falconer and Nick Parkes gave the Scots three vital points as they battle to avoid relegation in Pool C of the tournament. It also means a draw against England on Saturday would see Scotland retain its position in the top tier of European hockey.

Scotland got off to a quick start and took an early lead through Cammy Golden; a routine kick by Wales’ goalkeeper went straight to Golden in front of goal and he picked his spot in the bottom right corner for 1-0.

The Blue Sticks dominated the opening quarter after really settling into the contest from the early goal. Then came another worldy by Craig Falconer, following his previous wonder goal against Ireland, to make it 2-0 to Scotland. The ball found Falconer at the top of the D and he fired a rocket into the top right corner.

Scotland enjoyed more pressure at the start of the second quarter but were denied a third goal when they were crowded out on the Welsh line.

Nick Parkes made it 3-0 for Scotland early in the second half with a lovely finish across the goalkeeper. He picked up the ball himself and drove into the D before unleashing a shot into the far corner.

Towards the end of the third quarter Wales pulled one back through Owain Dolan-Gray to make it 3-1.

Before long there was a second goal of the match for Cammy Golden, and what a goal it was. He went twisting and turning on the baseline and scooped the ball into the net to make it 4-1.

A late goal for Wales saw Lewis Prosser strike on the fourth attempt at a penalty corner after three Tommy Alexander saves, meaning a final score of 4-2 to Scotland.

Scotland Captain Alan Forsyth said, “Today we got the result we deserved. The Netherlands and Germany games gave experience against quality opposition for a new squad, and I’m extremely proud of the performances against Ireland and Wales.

“We know each other well and games against Wales are always a battle, but it was a really good game. The win is huge. We’re not here just to take part, we’re here to compete. We’ve done well in two out of the four games, and we’re looking for another big performance in the last game against England.” 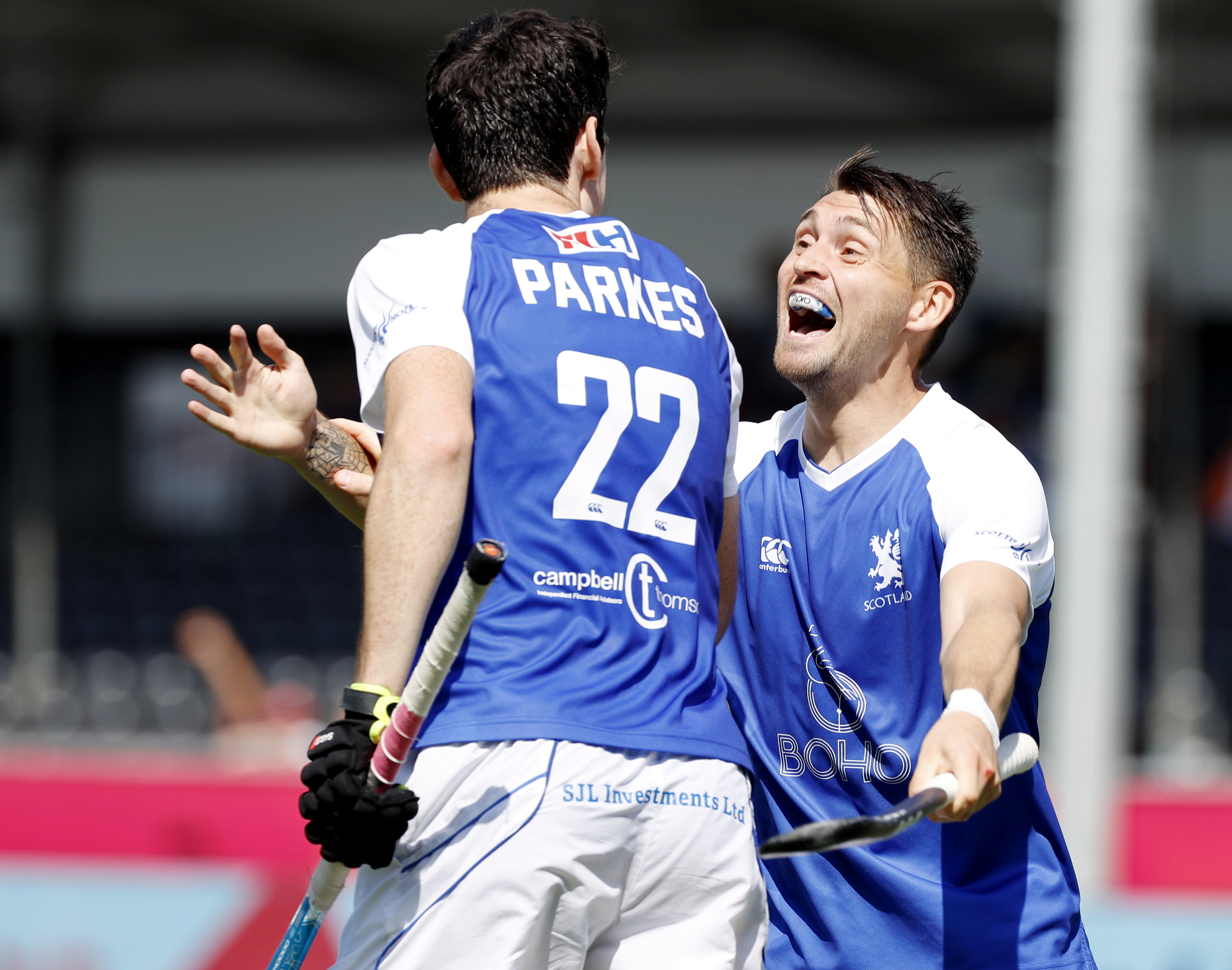