In the blazing sunshine it was the visitors who started brightly and Ireland took the lead with a low penalty corner strike. Shane O’Donoghue found the net to make it 1-0 in the opening quarter.

Then an Ireland counter attack prompted a good save by David Forrester to keep the deficit to one goal.

Scotland started to battle back into the contest and nearly found an equaliser when Gavin Byers stole the ball and drove into the Irish D, but his shot fired over the bar.

It would be Ireland who would score next. The visitors pressed the Scottish defence in the circle and Daragh Walsh forced the ball over the line for 2-0.

The second quarter found Ireland threatening from penalty corner opportunities, and from a corner routine they found a third goal. From the top of the D the ball was flicked into the top right corner by O’Donoghue to make it 3-0.

In the second half Scotland piled on the pressure but the Irish counter attack threat was very real.

Rory McCallum was called into action in goal for Scotland early in the fourth quarter when an Ireland counter ended with the keeper saving high under the crossbar.

As Scotland attacked Andy McConnell had a penalty corner strike from the top the D saved low to the left but the Scots got a second and third opportunity from corners but good defending denied Scotland a goal.

An excellent McCallum double save denied Ireland a goal on another counter but Jeremy Duncan soon scored as Ireland countered yet again while Scotland pressed for a goal.

Scotland very quickly pulled one back. The Blue Sticks piled into the Ireland D and after some good work by Struan Walker Cammy Golden forced the ball home in a crowded circle.

The score remained 4-1 and the two meet again tomorrow at 11:30am at Titwood. 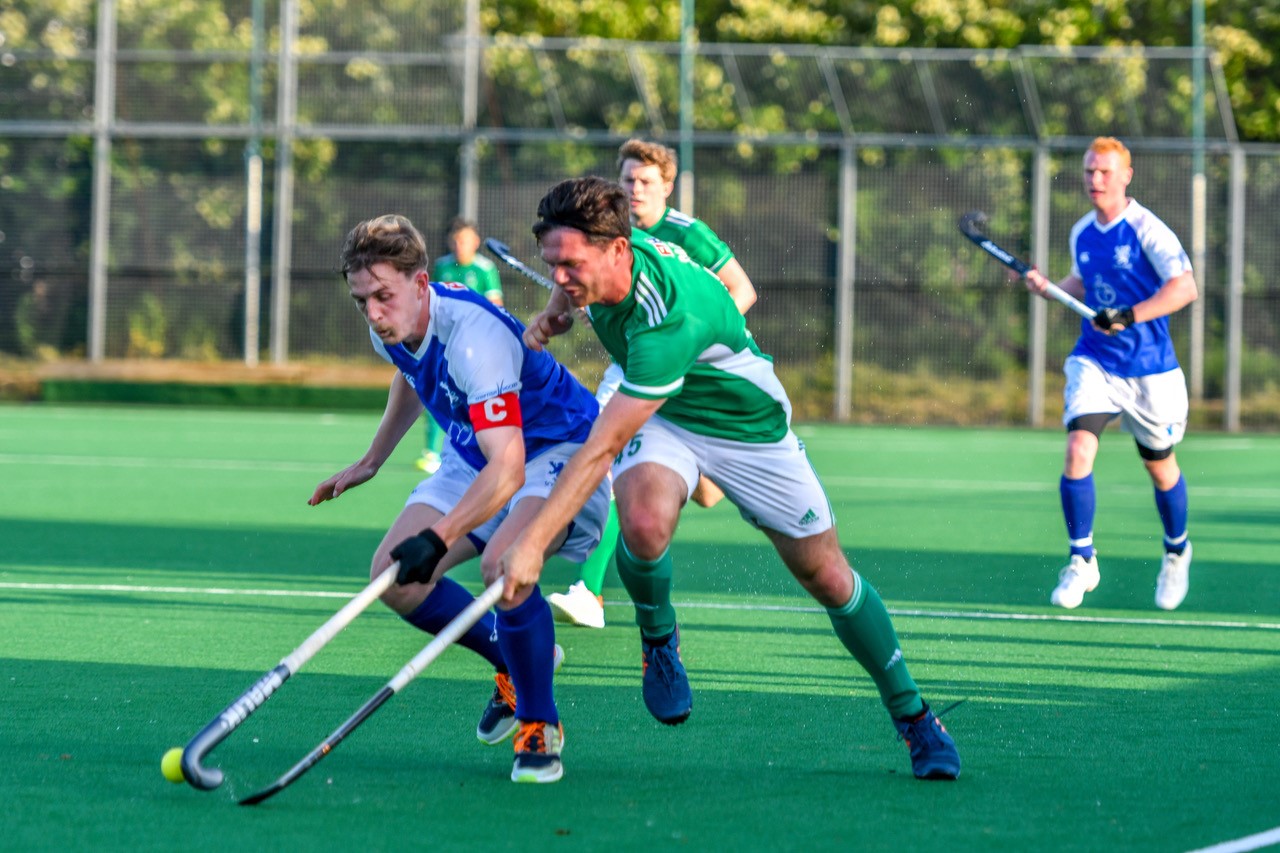