Scotland got off to a blistering start at Men’s Indoor EuroHockey Championship III in Santander with a sensational 11-3 victory against Ireland. A hat trick from Dan Coultas; doubles from Craig Falconer and Cammy Golden; and goals by Gordon Amour, Jamie Golden, Stephen Dick and Elliott Sandison gave Scotland the eye-catching opening to the tournament on day one.

The Scots recovered from an early missed penalty stroke to take the lead after four minutes when Dan Coultas blasted home from a penalty corner to make it 1-0.

Just a few minutes later and Craig Falconer made it 2-0 to Scotland as they got off to a flying start in the opening quarter.

Before the Irish knew it, there was a second for Dan Coultas as Scotland went 3-0 ahead early in the second quarter. Ross Canning then pulled one back for Ireland from a penalty corner to reduce the Scotland lead to 3-1.

The third quarter brought a flurry of goals for the Scots. First Gordon Amour struck an early goal in the half for Scotland to go 4-1 ahead. Then a blink of an eye later and Coultas made it 5-1, completing his hat-trick in the process.

It went to 6-1 to Scotland when Jamie Golden added his name to the score sheet with another fine Scottish goal.

Ireland pulled another back from a John Jackson penalty corner as the quarter reached a conclusion.

The final quarter brought more goals and Scotland went 7-2 ahead when the captain Stephen Dick struck sublimely from a penalty corner.

Elliott Sandison then got in on the act to make it 8-2 to Scotland with five minutes left to play. The goal came from a lovely flowing movement up the court for Sandison to provide the finish.

Another Ross Canning penalty corner gave Ireland a third goal but Falconer quickly followed up with a ninth goal for Scotland.

There was no stopping the Blue Sticks. In the final minute Scotland hit double figures when Cammy Golden struck a penalty corner for 10-3, before striking again to make it 11-3 to Scotland with a last minute double.

Scotland play Slovenia and Wales on day two of the tournament in Santander.

Scotland Indoor Head Coach Stuart Neave said, “I’m absolutely delighted, the guys were absolutely fantastic and it’s great to make such a good start to the tournament. We were never out of control in the match, although there were little periods of pressure, but we definitely won each quarter.

“Tomorrow there’s two games so tonight we’ll refocus, look at the video and prepare for two tough matches. There’s a lot of good stuff to look at but definitely some things we’ll look to improve as well.

“Slovenia will be up for it after a tough result today then it’s a quick turnaround for Wales. We’ve made an excellent start but maintaining it will be the challenge. If we come through the next two games how we hope we’ll be in a good place.” 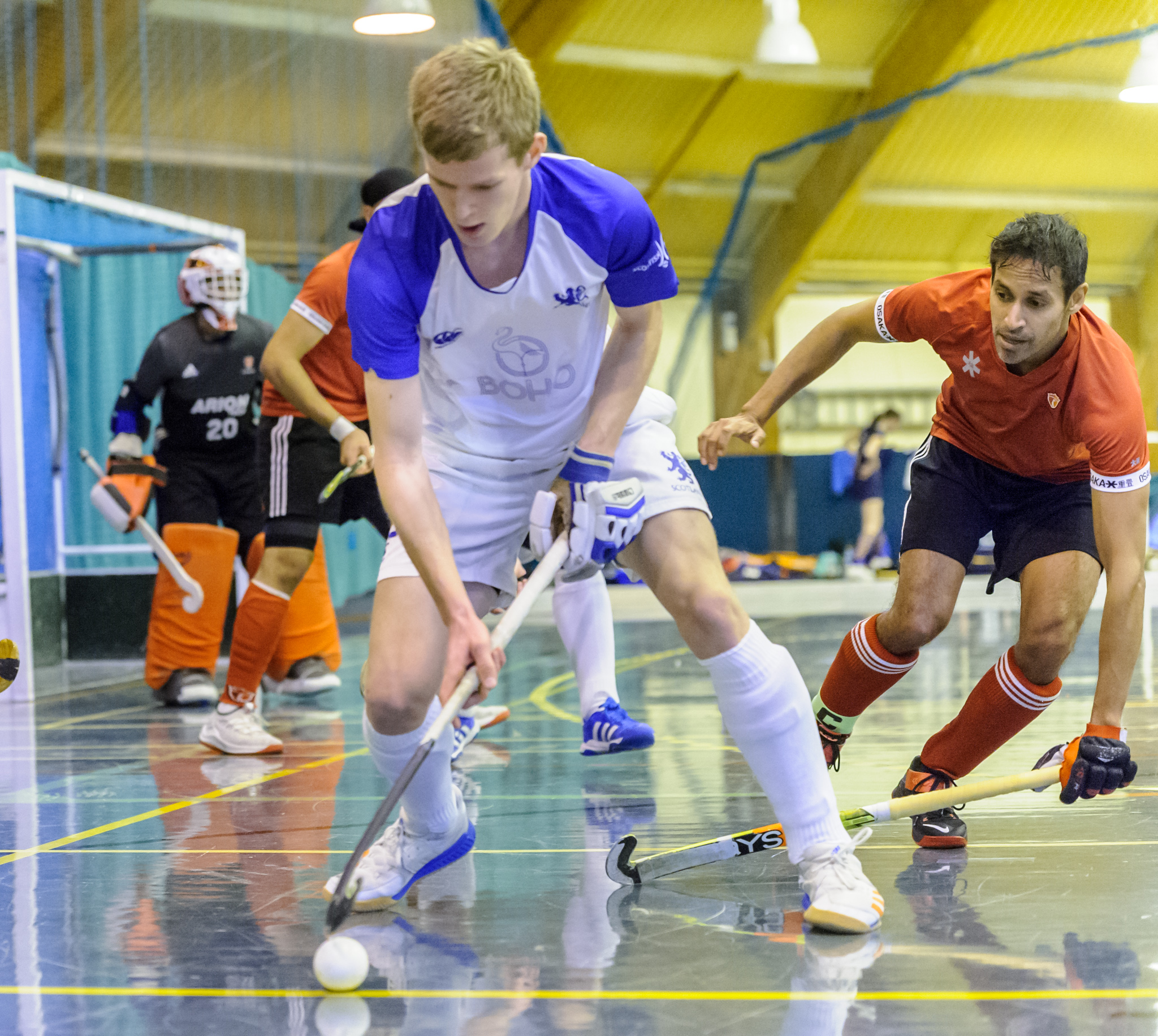