Following the disappointment of having to withdraw from the under 19 EuroHockey A Division, being held in Valencia later this month, the three competing nations along with Wales have worked together to provide a strong competitive UK based competition for players at that development stage.

The round robin U19 tournament, which will be played over three weekends in July, is similar in format to the rugby six nations championship, with the key difference that both genders will play two matches against the opposition over the match weekend. Male and female matches will also be played back-to-back at the same venue on each match day.

Commenting on the competition, Scottish Hockey’s Head of Performance Andy Tennant said, “It has been brilliant to collaborate with our GB partners and Ireland on bringing this tournament together. It is an exciting concept, which hopefully we can build on in future, and I know we are all looking forward to seeing our aspiring athletes perform against the best hockey talent across Great Britain and Ireland.” 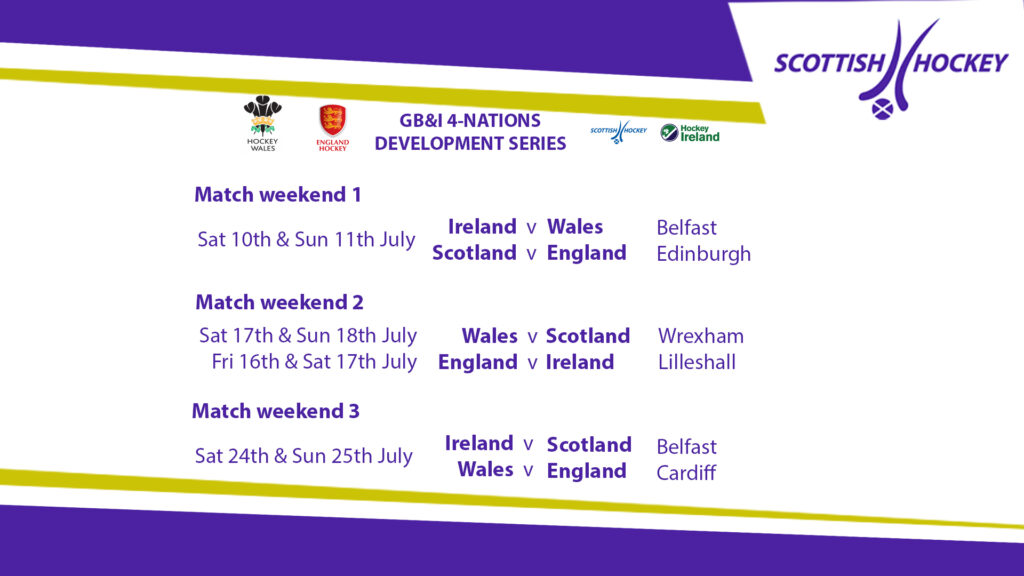 Unfortunately, the ongoing restrictions due to Covid-19 means only parents and close family members are permitted to spectate at the match. However, in an exciting new venture Scottish Hockey is piloting an affordable pay-per-view live stream with QTV Sports on Facebook Live. To subscribe to the live stream head over to Scottish Hockey’s Facebook page with prices set as £6.99 for one day or £9.99 for both days. 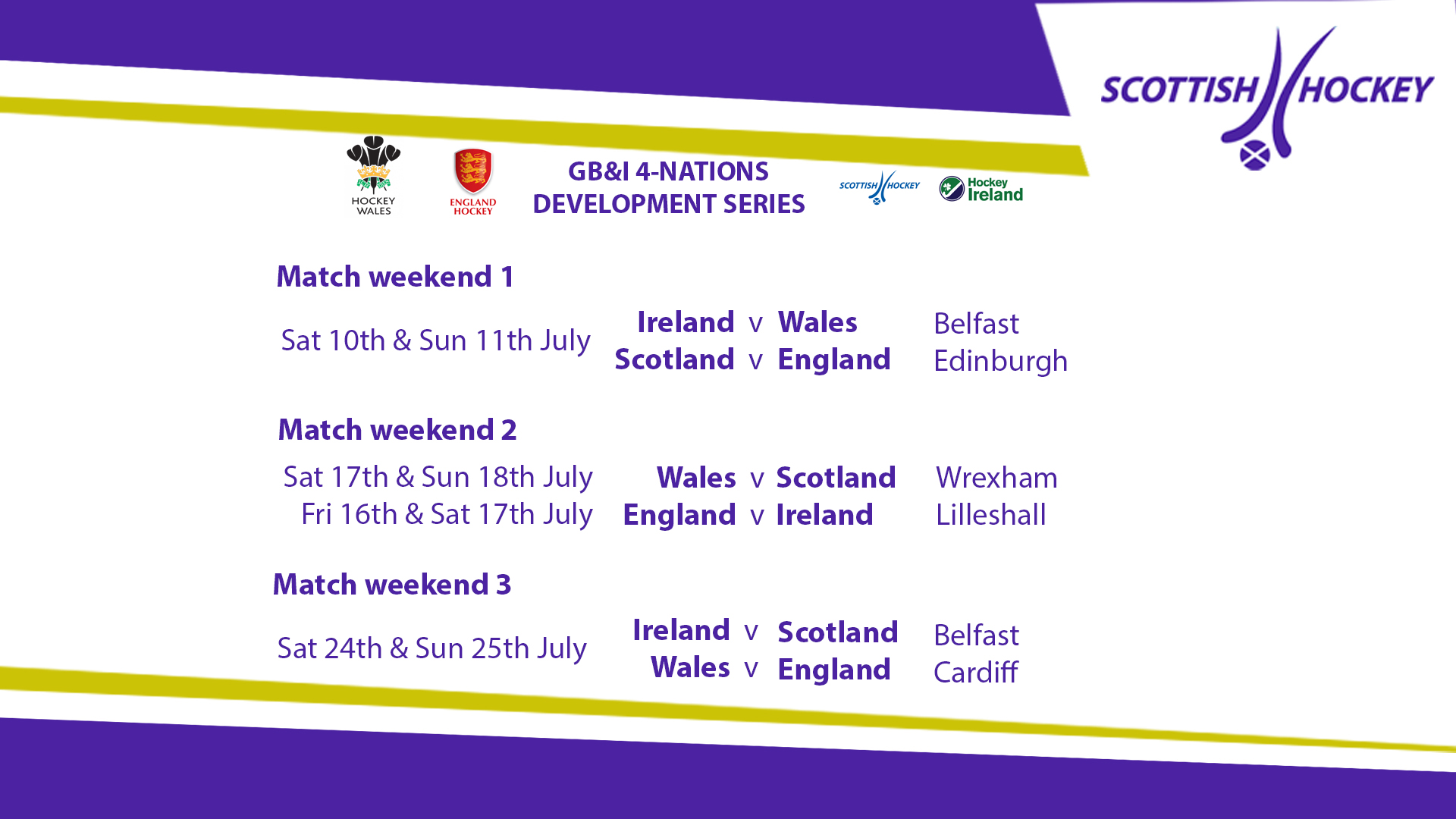