Scotland’s U21 men’s and women’s squads were defeated by English Premiership’s Durham University in their opening matches of the year as they got their European and world cup campaigns underway. Both sides were playing together for the first time, without much pitch time, and showed some encouraging signs despite the results.

Scotland U21 men were first up and got their 2022 campaign underway with a 5-1 defeat to Durham University.

Scotland started the match slow and were punished by two early goals in the first three minutes. It was the second quarter where the Scots began to come to life and won three corners, but they were unable to convert any of them.

Then a clinical Durham attack widened their lead when they scored at the end of the second quarter to make the score 3-0 at half time.

Early in the second half Scotland pulled one back. The ball was mis-trapped at a corner but Ali Richmond took control, beat two players, and fired the ball home to make it 3-1.

Scotland pressed for more goals but got hit by a counter attack and a well-executed finish to make it 4-1. A short corner at the end of the third quarter saw Durham convert again and sail into a 5-1 lead.

In the final quarter Scotland dominated the ball and created more chances to score, but they couldn’t find the net and the game ended 5-1 to the visitors.

Scotland U21 women were defeated by a late strike in a very tight and cagey game at Peffermill.

It was a contest that produced very few chances for either side, and very much had the feel of a pre-season match. That said, there were periods of very good play from the Scots and the match was played at a good pace.

The Scots had three opportunities from penalty corners in the match but found the Durham defence steady and resolute.

The difference came in the final few minutes of the match when Durham struck the net from a close-range finish, which the keeper got a foot to, and the ball scooped up into the roof of the net for 1-0.

The game ended in victory to the visitors but Scotland clearly showed potential in an encouraging performance. 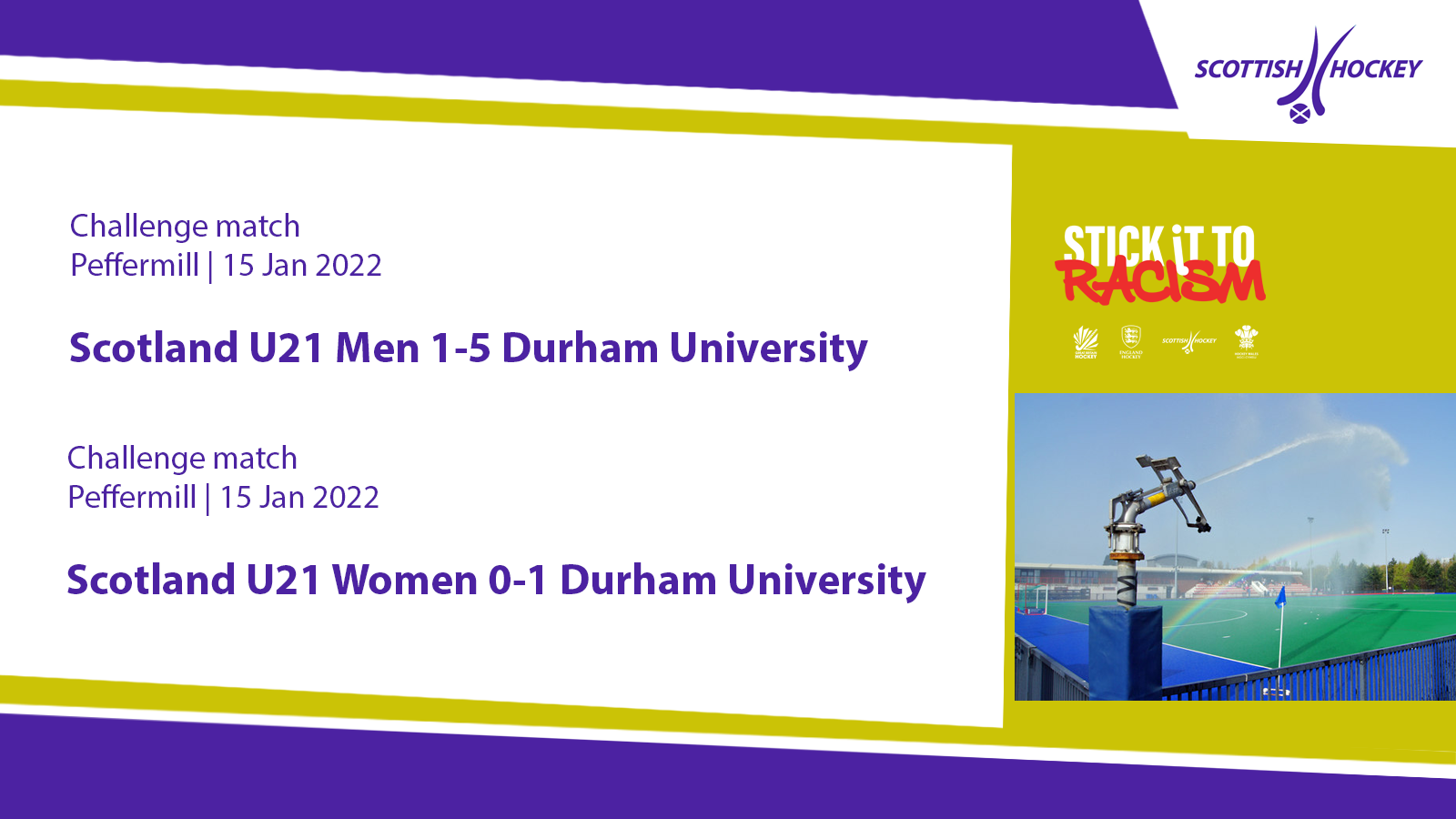