Game three between Scotland U21 men and USA seniors saw the young Scots earn a well-deserved 3-2 victory at Uddingston.

Scotland got off to a great start and applied good pressure from the outset, which earned the opening goal. A swift attack down the right allowed Fraser Moran to smash the ball into the roof of the net to put Scotland U21 men 1-0 ahead.

The blistering opening quarter performance continued and Moran made it 2-0 from the penalty spot minutes later; he stepped up and fired the ball into the bottom right corner to make it 2-0.

USA seniors pulled one back in the second quarter when a low penalty corner slammed against the backboard for 2-1.

Scotland had a great opportunity for a third right at the end of the quarter from an overtime penalty corner, but they couldn’t convert and the half ended 2-1.

Early in the second half Moran nearly bagged his hat trick with a tremendous shot on the turn but he was denied by a good save low at the right post.

The Scots stepped up the pressure again and went 3-1 ahead through a lovely deflected penalty corner by Jacob Tweedie from close range.

USA seniors pulled back another goal with a close range finish in the final quarter to set up a dramatic finale.

Some lovely skills by Pete Caughey saw him twist and turn through the USA defence but his final effort was well saved as Scotland U21 men set about finishing the game.

Some late pressure from the Americans was well weathered and it ended in a fine victory for Scotland U21 men. 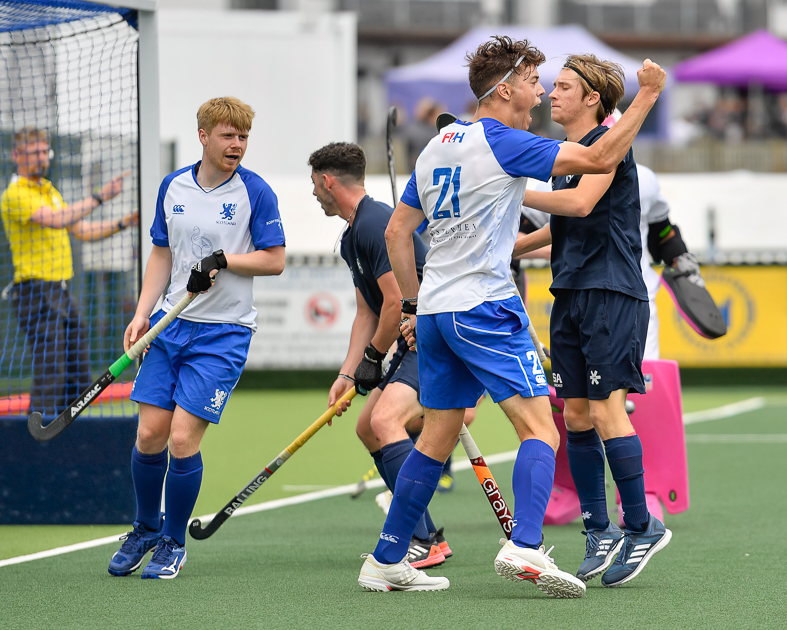