Scotland women earned a comfortable 3-0 victory over Italy in the first of three test matches at Peffermill.

Italy made a good start to the contest but it would be Scotland who scored first. A wonderful penalty corner strike by Amy Costello gave Scotland the lead in the first quarter. Costello dummied a strike from the top of the D and expertly picked out the top right corner to give Scotland the lead.

Early in the second quarter a ball fizzed across goal evaded Fiona Semple’s stick as she slid in at the far post, with Scotland looking for more goals.

Then Sarah Robertson smashed the ball at goal but the keeper’s leg guards were equal to it.

Scotland continued to look good in possession in the second half with Jenny Eadie spraying passes from midfield.

A second goal for Scotland came soon enough and it was a Costello drag flick into the top right corner to make it 2-0.

Scotland looked dangerous at corners and came extremely close to bagging a third through a couple of corner routines.

Then in the final quarter came a beautiful team goal. Scotland sliced the Italian defence open down the right and Sarah Jamieson finished off a lovely passing move to make it 3-0.

Fiona Semple very nearly added a fourth but cracked the post with a diving deflection.

The two meet again tomorrow at 7pm at Peffermill. 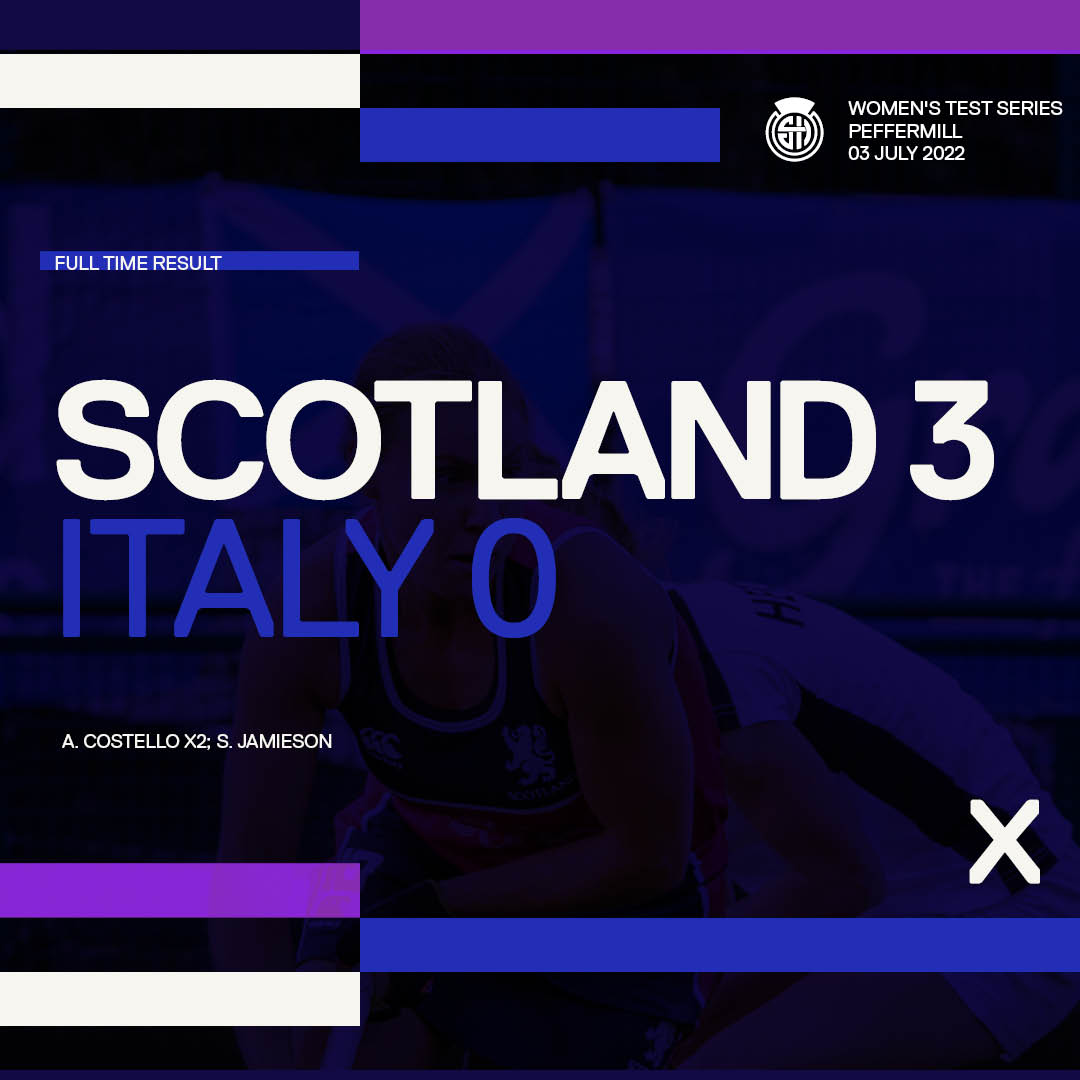