It was the perfect start for Scotland with an early goal by Emily Dark. Sarah Robertson took the ball in the right corner of the pitch and picked out Dark arriving in front of the Polish defender, and connected well to prod the ball home for 1-0.

Just then, the heavens opened, and play was delayed for a period of time. When the match resumed, Scotland came out flying. Kaz Cuthbert scored her fourth of the tournament when a penalty corner rebound fell kindly for her, and she rifled the ball low against the backboard for 2-0.

In the second quarter Poland looked threatening. They had some penalty corner opportunities but good Scottish goalkeeping kept them at bay.

The better opportunities continued to go Scotland’s way. Some good play by Robertson saw her pick out Sarah Jamieson, she the forward was blocked before being able to shoot goal ward.

Scotland’s third goal would come before half time and Jamieson was heavily involved again; her excellent sliding pass zipped across the face of goal and found Louise Campbell sliding in to put the ball high into the net for 3-0.

It was a good start to the second half for Scotland. An early penalty corner routine had Amy Costello snap a powerful shot at goal that was saved low to the left by the goalkeeper. Charlotte Watson followed in but was unable to squeeze the ball over the line at the near post.

The Scots looked comfortable in possession; moving the ball around well and at pace. They were enjoying themselves.

Watson came close when Scotland repeated their earlier penalty corner routine but her near post deflection went just wide of the mark.

Poland took their goalkeeper off for the final six minutes but the Scots had the contest under control and eased to victory, promotions, and a place in the Women’s EuroHockey Championship II final.

Scotland’s Sarah Robertson said, “It’s an absolutely amazing feeling, I’m delighted for everyone. It was such heartbreak two years ago when we were relegated but I’m absolutely buzzing to be back in A-Division. Getting promotion was the target but we still have a final to look forward to. There’s still one more game to go and tomorrow will be another big day.” 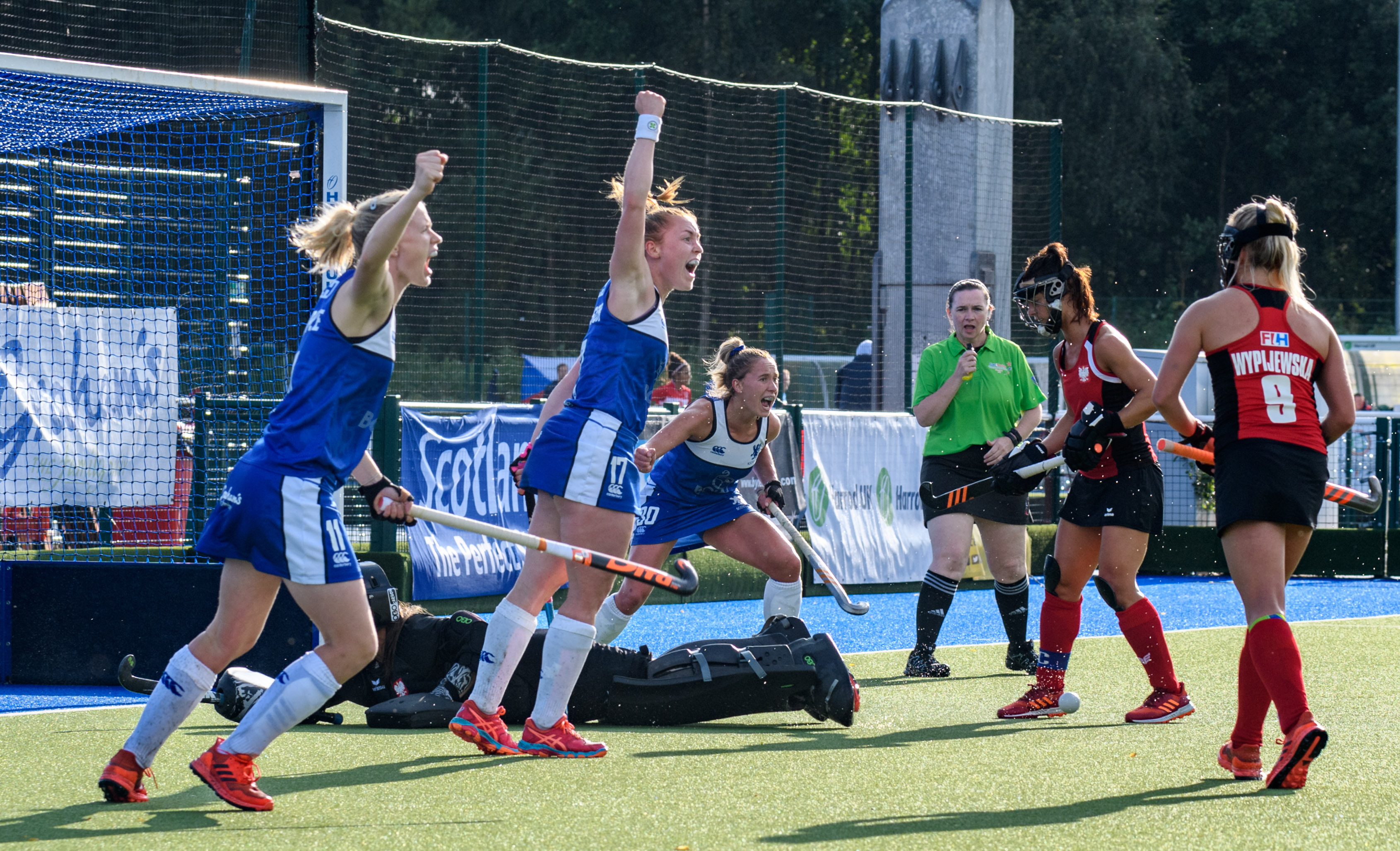